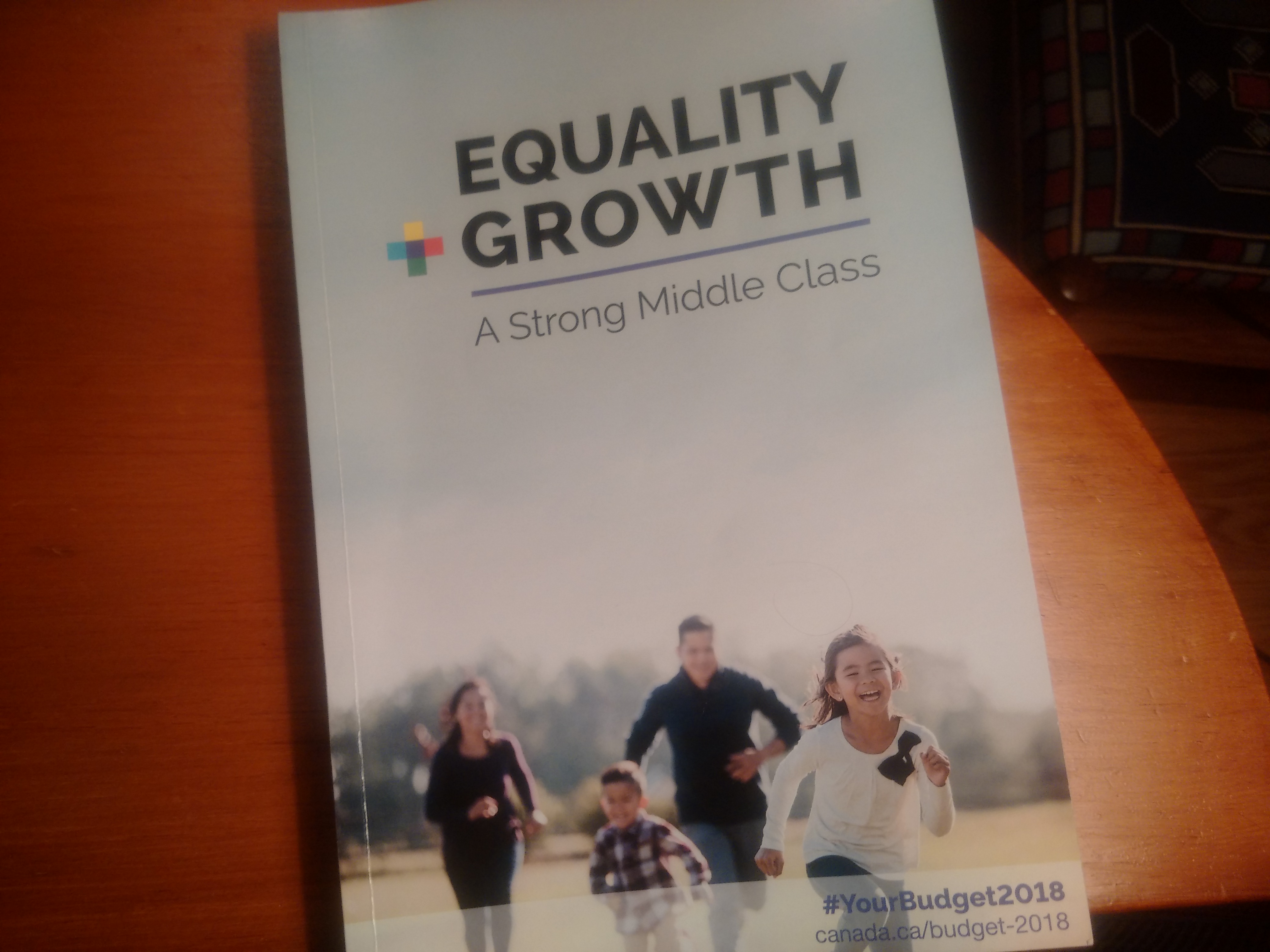 The government is touting its Budget 2018 as setting a new standard in 'gender budgeting' as a core pillar of budget-making.

It is commendable that the government has committed to examining the gender impacts of the budget in terms of education and skills development, economic participation, leadership, access to justice, poverty reduction and health, and gender equality around the world. However they seem to have forgotten about examining the gender impacts of tax policies.

There are two problems with gender bias of the tax system – a disproportionate benefit to men at the top incomes from tax breaks; and a loss of revenues for programs that most benefit women at the lower incomes.

The tax system gives a disproportionate benefit in the form of tax expenditures to the wealthy who are mostly men. The richest 10%, mostly men, get on average a $20,000 discount on their taxes, and this is the same as if the government handed out $20,000 to the rich – aggravating income and gender inequality. This in turn means there is tens of billions of dollars less in government revenue that could be applied to programs that would benefit women and reduce inequality.

Budget 2018 did close a few of the tax loopholes. The rules on the Canadian-controlled private corporations were clarified and while they provide a bit more flexibility for small businesses to make passive investments, their ability to do so will be limited. The government still stands to collect about a half a billion dollars a year in additional revenue. However, many of the more egregious loopholes were left on the table - the capital gains and stock options tax loopholes that would bring in tens of billions of dollars in additional revenue.

Budget 2018 also improves anti-avoidance rules for Canadian banks so that they can't create artificial losses to reduce their taxes and clarifies rules on complex partnership structures.

Without closing more tax loopholes though, the government will have inadequate revenue to properly invest in public services that would help to reduce inequality and primarily benefit women.

The government says it wants to increase the labour force participation rate of women but it has so far only committed token amounts to affordable child care – the single most important way to boost women in the work force. The IMF has said Canada should be spending $8 billion a year. We currently don't even spend a tenth of that amount.

The digital economy is another area where much needed revenues are being left on the table. There were no measures in the budget to level the playing field for Canadian broadcasters and newspapers who are forced to compete against foreign digital giants such as Facebook and Google, who together capture 70% of all online advertising and who don't pay any Canadian GST/HST or corporate income taxes on those revenues – taxes Canadian companies have to pay. That is a give away of over $1 billion that could go a long way towards child care or other gender equality investments. The $50 million over 5 years in this budget to support local journalism is a drop in the bucket and won't help stem the loss of jobs and community newspapers.

Unless the government stops the haemorrhaging of advertising revenue to foreign digital giants by levelling the playing field on taxes, and imposing the non-deductibility of advertising expenditures paid to foreign digital companies, Canadian broadcasters and newspapers won't stand a chance. We all lose when communities lose local newspapers and there is less and less Canadian cultural content in our media.

Two good news items in the budget are that access to the Canada Child Benefit, particularly for indigenous families, will be improved. And the Working Income Tax Benefit will be renamed the Canada Workers Benefit and improved with additional funding and more automatic accessibility. With women, particularly indigenous women disproportionately represented in low income, these moves will help gender equity.

The tax system is critical for delivering social benefits such as the Canada Child Benefit and the Canada Workers Benefit but many families with children living in poverty and working poor are not getting the benefits they qualify for because they don't file income taxes. The Working Income Tax Benefit had a particularly low take up rate. The budget includes commitments that the government is going to step up efforts to inform indigenous families of the availability of the Child Benefit and that they will automatically apply the Canada Workers Benefit to those who qualify for it based on their income tax filing, even if they don't specifically apply for this benefit. These are good steps.

For Canada to be a real leader in gender budgeting, the revenue side of the budget cannot be ignored. That is where the rubber really meets the road on what the government can and can't do for gender equality.