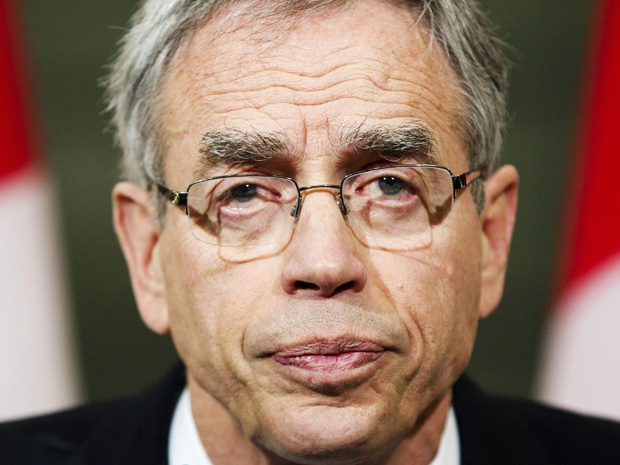 When did federal budgets and economic policy stop being about vision and stewardship and turn into a free for all about who “wins” and who “loses”?

Thing is, how we collect and spend our taxes is not a game. When we play it like it is, we pay the price. Take a look at Alberta.

In all the breathless flurry of Budget coverage, a lone entry appeared on the Tax Fairness Twitter feed. It was from UBC economist Kevin Milligan.

"Thought:Perhaps instead of asking 'what's in this budget for me?' we can ask "is this good policy/good for society?" #ImaDreamer

At nearly the same time, Finance Minister Joe Oliver was interviewed by CBC's Amanda Lang about the long-term fiscal impact of raising the ceiling on the Tax Free Savings Account.  A move that analysts say will hobble future governments.

“That’s 60 years from now, I will leave that problem for Stephen Harper’s granddaughter to solve,” he said flippantly and moved on to the next question.

There you have it. Political expediency trumps fiscal responsibility in one fell swoop.

Political legacies used to be framed in terms that would make things better for the next generation: the railroad, Medicare, the Canada Pension Plan.  And now a Finance Minister (and a grandfather who should know better) tells the next generation to suck it up.

Canadians work hard for their money. We deserve more respect for the taxes we send to Ottawa.

In a classic divide and conquer tactic, Conservatives tout this budget as “senior friendly” appealing to the “most likely to vote” segment of the population. They are attempting to do this by doubling the contribution limits for Tax Free Savings Accounts and relaxing rules for RRSPs withdrawals.  These measures, especially the changes to the TFSA, skewer the next generation of seniors.

While the costs of doubling the TFSA contribution limit starts out being a modest several hundred million, it balloons exponentially to billions of lost revenue for both federal and provincial governments down the road. In a perfect storm scenario, this happens just as we face higher costs of health care and old age security due to an aging population. Seniors are 15% of the population now. This will rise to 23% in a short 15 years.

Similarly, the choice to hand out tax cut treats in the form of income splitting and increases to the Universal Child Care Benefit last Halloween may be a welcome treat for families with children, but it will do little or nothing to boost the economy as a whole as it will discourage some parents from working outside the home. A national child care program, for the same amount of money, would more directly and effectively address the need for quality, affordable child care, while boosting the economy. Governments would recover most of the cost of a child care program through taxes paid by more parents working, but the considerable costs of the Family Tax Cut will be lost revenue that constrains what governments can do.

The fiscal straight jacket resulting from all these and other tax cuts will also severely restrict the government’s ability to respond to climate change, poverty, youth unemployment and other social and economic challenges.

The government clearly aims to box in the opposition parties and limit what they will be able to promise in their election platforms in the upcoming election.  The big spending on the income splitting tax break, combined with the impact of lower oil prices has already left only a razor thin balance and the Parliamentary Budget Officer predicts the budget will slip back into deficit in the next few years.

But the opposition parties need not be cowered. There are ways to get out of this straight jacket and fix our ailing economy and repair our fraying social fabric.

The Alternative Federal Budget 2015 shows that we can afford to build a national child care program; introduce a pharmacare program; fund public transit; expanded qualification for employment insurance; invest in First Nations housing, education and drinking water; launch a poverty reduction and  affordable housing program, and much more. The AFB shows that this can be done for about $50 billion without raising taxes for 90% of Canadians. And all this is possible while reducing the federal debt to GDP ratio.

It is a solid plan to stimulate the economy and create jobs. Canadians deserve this plan instead of the failed tax cut strategy of the Conservative government.

There’s been a lot of damage done to Canada and Canadians by short-term tax cut politics and ill-conceived ideas.

Since it is no secret that this budget sets the stage for the upcoming federal election it is time for us to take a long hard look at the people we elect who can’t, or won’t think about the future. Legacies take guts.