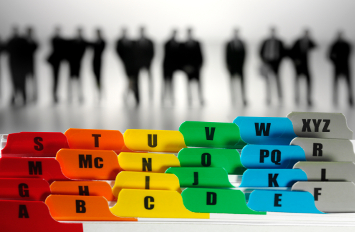 As a Canadian practicing law and operating out of the British Virgin Islands (BVI), any mention of Mossack Fonseca and Canada in the same breath is guaranteed to capture my attention. My law firm seeks to recover assets stolen by international fraud and grand corruption. As such, a recent joint exposé by the CBC, Radio Canada, and the Toronto Star caught my attention.

When the Panama Papers scandal broke in April 2016, much of the world’s focus turned to the BVI. The actions of the Mossack Fonseca (BVI) offices based here generated much of the criticism heaped on this small Caribbean Territory. Indeed, the criticism of offshore companies, trusts and bank accounts reached a hitherto unseen crescendo. The world’s press descended on the picturesque island of Tortola, or used stock photographs and footage of the island to fan the flames of outrage towards all things offshore. The golden thread running through most of the media attacks against offshore financial centres was an ideological one: that “the 1%” make too much money and use offshore company structures to conceal it. I lost count of how many TV, radio and print interviews I conducted in an effort to respond to the onslaught.

Like most Canadians, I aspire to hold to a sense of fairness. When we see the small guy being bullied, or the innocent pilloried and criticised way beyond what can be justified, we react. So it was that I sought to respond to the witch-hunt that arose out of the Panama Papers. I acknowledge that the offshore industry in the BVI is not perfect. But neither are the offshore financial centers in Cayman, Scotland, Canada and most notably in the U.S. -- where Delaware is effectively the most “secretive” of all offshore company platforms.

As the self-appointed "World Police Force," it is disappointing that America criticises all the other offshore providers, yet effectively ignores its own. Especially when experience shows that Delaware and Nevada are among the very worst offenders in hiding company ownership information. This practice of secrecy helps money launderers to ply their trade of concealing the identities of the true owners of wealth. As for the word “secretive,” why is it synonymous with offshore companies?

There have been many misconceptions portrayed by the world’s media on this subject. Some of these have been based on poor research, impressionistic writings composed hurriedly to meet deadlines, and an attempt to spice-up a story. Nobody (as best as I can remember) included in any of my Panama Papers interviews the fact that the BVI has signed numerous agreements with governments around the world. These ensure that any requests concerning suspected tax evasion or other criminal activities will see the appropriate information imparted.

However, the developing story that Canada was considered by Mossack Fonseca tax advisors to be an excellent place to hide assets comes as no surprise. Falsely portraying that wealth derives from a benign and "clean" source by "placing" its ownership into the name of a company domiciled in Canada will provide no succor to law enforcement agencies tasked with frustrating tax evasion and money laundering.

Toronto tax lawyer Jonathan Garbutt aptly describes the process of making a company appear Canadian (by placing wealth of doubtful origin into a vehicle that is purpose built to cleanse it) as “Snow Washing.” He explains that this procedure makes the company appear to be as pure as the “….driven snow in the Great White North.” It’s the same as using a Scottish offshore limited partnership. Canada and the UK ostensibly strictly regulate financial services. However, surprisingly they all but "rubber-stamp" the formation of a locally-incorporated business entity and its assets as being legitimate. In so doing, they lend immediate credibility to an asset-holding structure by the fact of associating it with a benign jurisdiction of incorporation.

It is abhorrent that a Mossack Fonseca director suggested in emails that directors of some Canadian companies lied to the Canada Revenue Agency. This is organized tax evasion at its most base. The author of these emails and anyone who acted upon this advice should be prosecuted. Also, if it is true that Mossack Fonseca employees "manufactured" email chains and documents to mislead tax authorities, then this is an apparent criminal conspiracy and should be investigated.

This is a classic example of how legitimate and honest directors of Canadian companies and those elsewhere end up being cast in the same bad light as those who are dishonest. It is unsurprising that Transparency International’s forensic accountant Peter Dent states that he often hits brick walls in his Canadian paper chases. Those of us who work in and around the offshore world will appreciate that in order to get hold of the Holy Grail of fraud investigation -- genuine Ultimate Beneficial Ownership (UBO) identification documents -- you need to produce some evidence of apparent wrongdoing on the part of a target company. It may not be much, but it needs to be sufficient to sway a magistrate to sign the requisite disclosure order or warrant.But having successfully gained access to a Canadian company’s records, in many instances you will be faced with a total lack of UBO identifiers.

Canadians should be concerned that our good name is being used to add credibility to companies and individuals potentially seeking to commit tax crimes and to wash the proceeds of global fraud and corruption.

Anti-money laundering (AML) regulations need to be extended to incorporators of all companies in Canada. And those companies need to know their customer. This would greatly help to bring Canada up to the Financial Action Task Force’s (FATF) global standard of combating money laundering.

It is ironic that the incorporators of BVI and Cayman companies have been required to adhere to this high standard of AML compliance for several years now -- in the light of sustained criticism that is directed to smaller jurisdictions -- while big, dumb and happy onshore jurisdictions are left alone. People in the business of forming companies in Canada need to understand that there is a genuine need for them to have access to UBO identification material, not only to frustrate tax evasion, fraudsters and other criminals using money laundering to conceal the origin of their ill-gotten gains, but also to frustrate terrorist extremists who use the anonymity associated with under-regulated companies to fund their murderous activities.

Policing the financial services sector, wherever that may be in the world, is an onerous task for law enforcement. The system of regulation is only as good as the weakest link in the chain. Canada must ensure that it puts a stop to "snow washing." Otherwise, our country stands as one of the weakest links.

Martin Kenney is Managing Partner of Martin Kenney & Co., Solicitors, a specialist investigative and asset recovery practice based in the BVI and focused on multi-jurisdictional fraud and grand corruption cases This piece first appeared in the FCPA Blog.