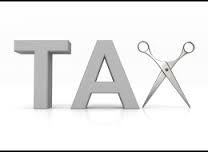 I don’t know about you, but I am having trouble imagining how I am going to spend my federal income tax windfall. Multiply my happy confusion by millions of middle-class Canadians with this extra tax money in their pockets—as much as $2.43 every two weeks, in some cases!—and you get a measure of the beneficence of our new Liberal government. “You’ll see more money on your paycheque right away,” a campaigning Justin Trudeau said in November. And he was true to his word. In the rushed, pre-Christmas Parliamentary session, MPs passed the promised middle-class tax cut, to take effect immediately. What Trudeau failed to mention is that you may need a magnifying glass to find it.

True, the almost two per cent reduction in the middle-income rate “could” yield savings of “up to” $650 annually per individual, and $1,340 for a two-income family. But, according to independent analysts, the 1.6 million Canadians earning between approximately $48,000 and $62,000 will realize a princely average saving of $51 a year. Dollarama, here we come! And, unsurprisingly, the more you earn, the greater the tax cut—so that families making between $124,000 and $166,000 will save an average $521 a year. This has led some economists to rename the measure “an upper middle-class tax cut.” As for the 16 million Canadians earning less than $40,000 annually: zip, not middle-class enough. (To be fair, low-income families will benefit from another Liberal promise—a plan to merge various child benefit payments into one monthly stipend, to be clawed back as income increases. That means more support for all families earning less than $150,000 a year—although it doesn’t take effect until summer.)

The middle-class tax break was supposed to have been paid for by an increase in taxes on those earning more than $200,000 a year. But expert analysis suggests only those making more than $218,000 a year will actually pay more—if their accountants can’t find a way shelter their earnings. In fact, the Trudeau government’s faith that wealthy Canadians will, in a show of social solidarity, gladly fork over more tax doesn’t coincide with Finance Department experience. Figures released since the election suggest the extra revenue recouped from the wealthy will not cover middle-income cuts after all. In fact, financing the $3-billion middle-class tax bonanza will leave the treasury at least $1-billion in the hole annually. I’m no economist, but the mostly-puny individual tax savings don’t amount to much bang for the buck.

Nor are Trudeau Liberals very different from governments since the beginning of time. They all offer tax “relief,” like a prize in the cracker-jack box, in return for votes. The Harper Conservatives liked to dole out individually wrapped tax credits: for single seniors, Rotary clubs, trades people, hockey dads, anyone who might be induced to vote Conservative.

Once unspooled, these credits usually amount to pocket change for recipients, but they leak money from the federal treasury and restrict governments’ ability to provide broader services. Which, for Conservatives, was the point. But not only Conservatives. Former Liberal prime minister Paul Martin is credited, in 2000, with offering the largest tax breaks in Canadian history—$100-billion over five years. But detailed analysis by the Centre for Policy Alternatives proved that, again, these tax reductions disproportionately benefited the well off. The larger point is this:

Does anyone remember those Martin tax cuts? Does anyone fondly recall the Harper era as a low-tax nirvana? Will anyone even notice the pennies Trudeau just tossed into the tip jar? No, no and no. And here’s why: tax savings for individuals are usually incremental. They are often immediately swallowed up by other taxes, or charges—provincial hikes, for instance, or CPP and EI deductions. And they come at the cost of vital public services.

Would you rather have an extra $50 at the end of the year, or wait for hours in a crowded, understaffed passport office? Would you rather pay $1,200 a month for child care, or cough up somewhat more tax for an affordable, national program? Alex Himelfarb, a former clerk of the Privy Council who has written extensively on taxes—in favour of taxes, actually—has observed that most Canadians are surprised to learn how much taxes have been cut in the last decade. We don’t notice, he noted last June, but “just about everybody thinks they pay more than their fair share.” “That’s because,” Himelfarb writes, “for most of us—except the very rich—the costs of tax cuts obliterate the gains.”

So far, the Trudeau Liberals have been pretty benign. But when it comes to taxes, they are playing the same old cheesy game. Free money! Wee! That wouldn’t happen if we didn’t keep falling for it.

Susan Riley has been watching governments play the same old tax game for years as a veteran reporter and columnist. She lives in Gatineau, Quebec.

This column originally appeared in The Hill Times.