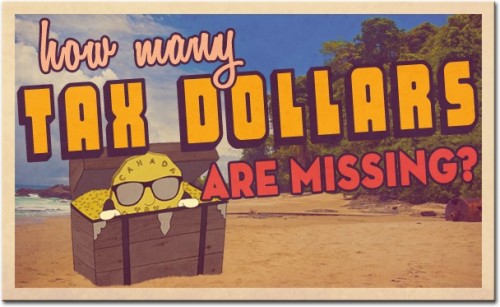 Just a few years ago the question of tax fairness was relegated to the world of activists and progressive economists.  But you know something has shifted when a US President goes on national television and talks about the urgent need to eliminate tax loopholes that benefit only the very rich.  That shift is further amplified when he portrays taxes not as a burden but a responsibility - as a way to pay for investments like education and health.

His Republican detractors may thwart Barack Obama’s efforts. But once a message is out - it can’t be unheard.  Especially when it echoes around the world.

Recently, G20 countries acknowledged the impact of a twisted global tax system on the world’s economy. They committed to a program of tax reform to stop multinationals from the unethical practice of shifting profits from one country to the next in order to pay little or no tax.

And the issue of fair taxation is a hot topic at another haven of establishment rhetoric – the World Economic Forum in Davos, Switzerland.

“Do we really want to live in a world where the one per cent own more than the rest of us combined?" the executive director of Oxfam has asked the world leaders gathered there.

It is an uncomfortable, but obvious question at an event populated by billionaires, world leaders and pop stars – many of whom got there via the 1,700 private jets clogging the Swiss skies right now.

Even a passing knowledge of history will tell you that profound gaps between rich and poor don’t end well.   But though that gap deepens every year here in Canada, our leaders haven’t been paying attention.

We’ve been led to believe that tax reform is the stuff of nerds, wonks and high-priced lawyers. In fact tax reform belongs to us all.  Combined with some good old-fashioned political will,it can build bridges (literally and figuratively), invest in students, heal the health care system and relieve a lot of stress on ordinary Canadians.

If actions speak louder than words, then we already know that Prime Minister Harper and his Conservatives believe in a tax system that absolves the wealthy of their fiscal responsibilities.  In the time that Canadians have allowed him to lead, he has created more financial headaches for this country than should be legal.

Canada is a wealthy country.  But wealth guarantees neither brains nor prosperity. The squandered opportunity of Canada’s resources and a delayed federal budget because of a dip in oil prices is a sad reminder of that.

The upcoming federal election is an opportunity to take stock and look for strong leadership on fiscal issues that go beyond the failed attempts at so-called austerity and boutique tax cuts.  And make no mistake, it is an opportunity.  Norwegians selected leaders who know the value of good financial stewardship. Norway’s political decisions about tax reform have resulted in universal day care, free university tuition, and per capita spending on health care 30 per cent higher than Canada. Oh yeah, and it still manages to save $1 billion per week.

So far, with a few exceptions, Canadian politicians have danced around the tax fairness question.  Too bad.  The case for change has never been stronger. If they want to do more than duct tape a broken system, Justin Trudeau, Thomas Mulcair and Elizabeth May need to adopt tax reform as a major thrust in their campaigns. So far, all we hear are general platitudes that avoid the real business of change.  They underestimate voters’ growing distrust of the current system.

Rhetoric or not, talking about tax fairness at the World Economic Forum is a good start. But keep in mind that one of the most notorious tax havens in the world is only a 90 minute train ride away in Zug, Switzerland.  It is a place where Cameco, one of Canada’s largest resources companies shifts profits to avoid paying its fair tax share.  The financiers of Zug, the shareholders of Cameco and other such companies aren’t going to give up without a major public relations war to convince politicians and citizens that – as the song says – everything is awesome. They will be backed up by other tax-avoiding giants like Google, Amazon and Apple who pour millions massive lobbying efforts to keep the system that created the problem in the first place.

Whether it was greed, inattention or faulty economics that caused this problem is irrelevant at this point.  What does matter is that we take advantage of an opportunity for change.

Editor's note:  This piece also appeared in the Hamilton Spectator.