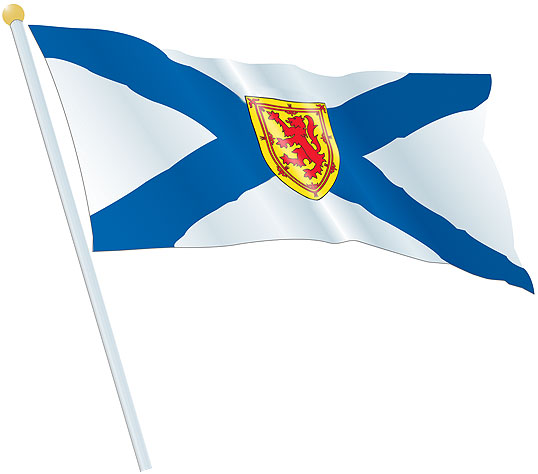 (Editor's Note.. This originally appeared in the Halifax Chronicle-Herald in response to that province's work to update its tax system. It was written by Brian Gifford, a founding member of Nova Scotians for Tax Fairness)

Nova Scotia’s Tax and Regulatory Review is a valuable and challenging initiative. The Ivany report called for bold action to turn the economy around. Everyone has his or her own idea of how to be bold. Here’s ours: make broad, innovative changes to increase taxes and make them more progressive. With ballooning deficits, growing inequality and struggling services, robust changes are needed. The Ivany report refers to the Scandinavian countries as one model we could emulate. Northern European countries have higher taxes, better public services and stronger economies than ours.

To promote strong economic growth, tinkering won’t do. Neither will clinging to failed orthodoxies of tax cuts and cutbacks. We can do much better. Why increase taxation? To invest in new services that will help grow the economy and improve social conditions. Quebec’s universal child-care program saves governments money by increasing women’s participation in the workforce and enabling them to pay more taxes. Housing chronically homeless people saves on emergency services costs. A universal Pharmacare program would reduce drug costs and fewer people will be deprived by unaffordable medications from getting treatment they need. We could go on.

And what’s the deal with fairness? More equal countries are more successful economically and socially. Kate Pickett and Richard Wilkinson made a convincing case for this in their book, The Spirit Level. Fair taxation is one of the best ways to increase equality. It’s past time to reverse the dramatic rise in inequality that has occurred since 1980. In North America, marginal tax rates were much higher in the successful economic period following the Second World War. We certainly have some room for increases now. The claim that we must cut taxes in order to increase competitiveness is not borne out by the experience of other jurisdictions. The State of Kansas is the most recent and most dramatic example. A lobby group funded by billionaires persuaded the state government to make the most dramatic cuts ever attempted by any U.S. state. The result: worse economic growth than similar surrounding states and worse than the national average — plus a ballooning government debt.

More compelling is that the 2014 “Competitive Alternatives: KPMG’s Guide to Business Location Costs” ranks Halifax the fifth-lowest-cost city among 89 others in the U.S. and Canada. Smaller Nova Scotian communities were similarly ranked. Nova Scotia already has comparatively low corporate taxes. There is no need to cut corporate taxes to increase competitiveness. Reducing inequality brings significant economic and social benefits. It supports the growth in labour supply, an underpinning of economic growth as the Ivany report argued. Increasing the incomes of low- and moderate-income people generates more local spending, which benefits local businesses. Growing the economic pie is important, but only when equality is increased at the same time. It is not an either-or choice: some policies do both while others grow the economy while undermining equality. Given the empirical evidence, we really are at a point where cash-strapped jurisdictions such as Nova Scotia must justify why they are not leveraging the tax system to alleviate poverty and broaden social supports. We cannot afford not to commit to serious social investments to achieve greater equality and economic growth.

Here are some of our specific recommendations:

Nova Scotians for Tax Fairness look to the Nova Scotia Tax and Regulatory Review to recommend bold actions that will make our tax system more progressive and ensure sufficient revenues for our government to provide the services our people and businesses need to be socially and economically successful.

Brian is the Chair of Nova Scotians for Tax Fairness in Halifax, NS. This group of volunteers is independent of Canadians for Tax Fairness but cooperates extensively with them. Brian is retired, has an MBA and worked in several non profits throughout his career, related to social housing, environmental activism and child care. He also worked for a time with the City of Ottawa.