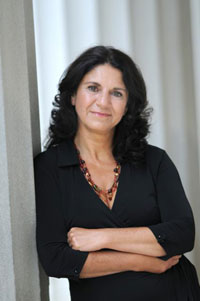 According to the European Commission, the biggest company in the world, Apple, owes Ireland an astounding 13 billion euros in taxes. That's almost $20 billion Canadian, manna from heaven for the struggling country. The EC says that Ireland broke EU's state aid laws, and must recoup this money. But the Irish government says it doesn't want the money, and can't be forced to go after it. What is going on?

Developed countries are growing concerned they will not be able to capture enough in taxes to maintain their high living standards. That’s why the OECD has been working with the G-20 and other nations since 2013 to design a Base Erosion and Profit Shifting (BEPS) package, in hopes of coordinating actions internationally to reduce tax avoidance by corporations and individuals. The European Commission’s ramped up investigations of “aggressive tax planning,” which produced the Apple ruling, are a result of the same anxiety.

In Canada the federal government put aside $444 million in the 2016 budget to do something of the same: follow the money owed by Canadian taxpayers and bring as much of it as possible back to the public treasury. But what happens when a government doesn't want to collect outstanding taxes?

Ireland has trumpeted its very low tax rates for decades, designed to attract investment and jobs. Still, as an EU member, Ireland must also abide by European laws on state aid, which specify a nation must not favour particular companies with special tax treatment. According to the EC investigation, two Irish tax rulings (in 1991 and 2007) gave unfair advantage to Apple. The first allowed the company to shift profits on Europe-wide sales to Ireland, to benefit from a lower corporate tax rate. The second let Apple shift those profits again to the company’s so-called headquarters, existing only on paper. By 2014 Apple used this government-sanctioned shell-game to pay only .005 per cent in tax on its European profits. That's like earning $1 million and paying only $50 in taxes. If Apple was treated like any other company in Europe, it would have paid 13 billion euros intaxes between 2003 and 2014. That's about 6 per cent of Apple's cash reserves.

Apple doesn't think it should pony up; but neither does Ireland. You'd think a nation struggling with almost a decade of austerity, and brutal job and service cuts, would welcome the cash. The unpaid taxes would cover a year of public health services. But no. Ireland says it has three reasons for rejecting the payment.

First, it says no government should change the rules of the game long after the game has been played, noting that Ireland would lose credibility with investors if it charged companies more tax retroactively.

Second, the country says it has no beef with Apple. The company paid what was legally owed in Ireland, and Ireland sees no responsibility for collecting taxes on profits generated from sales in other European countries.

Finally, in shades of Brexit, Ireland is invoking its sovereignty, saying it -- not Brussels -- has the right to decide how and whom to tax. Ireland is considering taking the EC to court to challenge the ruling, like Apple.

Could the situation be more perverse? The world's richest company enjoys generous, possibly illegal corporate aid from the Irish government, while Ireland's youth unemployment rate is 18 per cent and waitlists for health care soar.

This is a tale, the Guardian concluded, of “globalization taken to its deformed, absurd limit.”

Apple is confident its court appeal will overturn the EC's tax ruling. It is not alone. Both Starbucks and Fiat are disputing similar EC rulings from last fall regarding their favourable tax treatment in the Netherlands and Luxembourg, respectively.

The EC is also investigating state support received by Amazon and McDonalds in Luxembourg, a tax haven. Expect more costly court battles about the appropriateness of laws and systems of governance.

Since the 2008 economic crisis, giant corporations have gone from being “too big to fail” to “too big to pay.”

But as the big tax avoiders get feisty, so too are voters. The Panama Papers have made people aware of the hypocrisy: when those with deep pockets don't pay, everyone else pays more. Governments are legitimately worried about their finances, and more focused on tax fairness than in decades. But as corporations both fight and rewrite the rules, occasionally cash-starved, debt-ridden nations are being enlisted to support their agenda.

The Apple story is huge. It could presage the end of tax competition, as nations co-ordinate attempts to combat absurd levels of tax-dodging. Or it could signal growing dominance of corporate power over state power. High stakes, to be sure, in the evolution of 21st-century globalization.

Armine Yalnizyan is senior economist at the Canadian Centre for Policy Alternatives and is a member of the Canadians for Tax Fairness technical advisory committee. This piece was originally published in the Toronto Star.