1 September 2021
By D.T. Cochrane
Just over three weeks into the 2021 election campaign, the Liberals released their platform, Forward. For Everyone.
Among the positives is costing, which was lacking in the documents from the other major parties. However, that costing points to the overall problem with the Liberal plan: a lack of ambition.
MUCH TOO LITTLE
Like the NDP and the CPC, the LPC is using the language of tax fairness. That is a victory, of sorts. All the parties recognize the need to at least offer lip service to economic inequality and the role of taxes in creating a more just society. However, their plans do not measure up.
The Liberal plan includes some positive tax measures. That said, their plan would only generate $4.2 billion in new revenue in the next fiscal year and just $8.2 billion in four years. Most of this money would come through increased enforcement by the Canada Revenue Agency (CRA). That’s less than a tenth of the $92 billion in revenue that sources identified in our Platform for Tax Fairness. The lack of more revenue-generating measures also means substantial under-investment in a just recovery.
THE GOOD STUFF
There are things to like in the Liberal plan.
First, they say they will work with other countries to actually establish a global minimum corporate tax. Conjoined with planned changes to Canada’s general anti-avoidance rules, this could be a major reversal in decades of tax avoidance by the most powerful corporations.  They’re also promising to introduce a minimum 15% tax on those in the top income tax bracket—but closing the loopholes that allow the wealthy to avoid taxes would be better.
Second, the plan to eliminate flow-through shares for oil, gas, and coal projects puts an end to a destructive fossil fuel subsidy.
Finally, as noted above, they will increase funding for the CRA to combat tax avoidance. This means all the major parties have expressed support for the agency. For years, C4TF has advocated better funding for the CRA. We are cautiously optimistic.
An honourable mention goes to the Liberals’ acknowledgement of the problem with REITs (real estate investment trusts) and housing. We advocate elimination of the preferential tax treatment of REITs. Unfortunately, the Liberals only promise to “review” the tax treatment of REITs, with an unspecified plan to “curb excess profits.”
ENOUGH WITH ALL THE TAX CREDITS
All of the parties make too much use of tax credits. But the Liberals dial this up to 11. They suggest tax credits in almost every single section of the platform: public health, education, housing, long-term care, pandemic recovery, climate change….
To quote University of Calgary economist Lindsay Tedds: 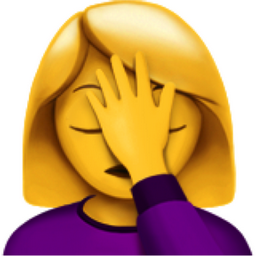 Tax credits are a substitute for actual government action. They are supposed to entice the private sector to make important investments. But the such benefits are dubious at best. Tax credits also add unnecessary complexity to our tax system, which creates the potential for more loopholes.
Among the most worrisome tax credits are those for homebuyers. These will just add more heat to the housing market. Although not a tax credit, the Liberals also plan to add a new type of tax-free savings account for first-time home buyers. Economist Rob Gillezeau observed that almost $7 billion in planned spending will make the housing market worse.
JUST INCREASE THE CORPORATE INCOME TAX RATE ALREADY
The Liberals already announced their plan to increase the corporate income tax rate on the profits of banks and insurance companies above $1 billion. There is no reason to limit this increase just to banks and insurance companies and just to profits over $1 billion.
The LPC claims that their very limited plan would generate about $1.2 billion per year. We call for an increase of the general corporate income tax rate to 20%, which would bring in $8 billion per year.
CONCLUSION
We are glad all the major parties recognize that Canadians expect tax fairness. However, there is much more that can be done. Among the two most pressing measures are a wealth tax and elimination of the preferential tax treatment of capital gains.
There is incredible economic uncertainty coming out of the pandemic. This is compounded by the on-going climate crisis. We need bold government leadership and much greater ambition to build back better, more sustainably and equitably. The Liberal platform fails to deliver that. As the title suggests, this platform could take us forward, but not very far and not very fast.
{Photo by Alex Guibord on Flickr. CC license.}