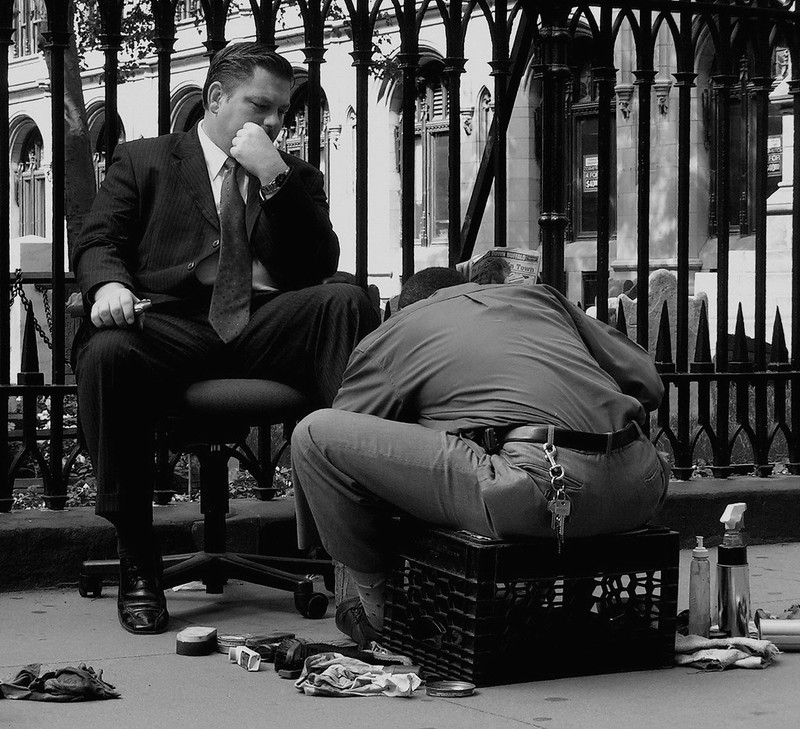 Here is this week's tax fairness news (sign up to receive our newsletter):

It’s no wonder Canada has a wealth gap. For decades, the rich have fed from a buffet of tax perks not available to ordinary Canadians. From sophisticated offshore tax dodging schemes and complex tax loopholes to successive corporate and income tax cuts, our broken tax system has contributed to inequality instead of fixing it. Data released last week from Statistics Canada found incomes of the top earners accelerated faster than those of every other tax bracket in 2017, including at least three times as much as the lowest income earners – while managing to pay less tax overall. It’s time to bring in more progressive tax rates for the richest Canadians and most profitable companies.

We’re continuing our election countdown of the top five tax fairness measures by looking at making our tax system more progressive through increased income and corporate tax rates. We don’t suggest the government stop there. We need to tackle the inheritance of wealth and the grotesque levels of corporate executive pay that make the problem worse. Please share our fact sheet and ask your local candidates whether they will raise tax rates for the very rich.

With just two weeks to go before voters head to the polls, we’re hoping to see bolder and more immediate solutions from all parties. As a Toronto Star column points out this week, many of the campaign’s tax promises so far have been off-target. Another excellent column in le Journal de Montréal this week notes most of the parties, but especially the Conservatives, are skipping over massive tax problems such as the billions lost to offshore tax dodging each year. 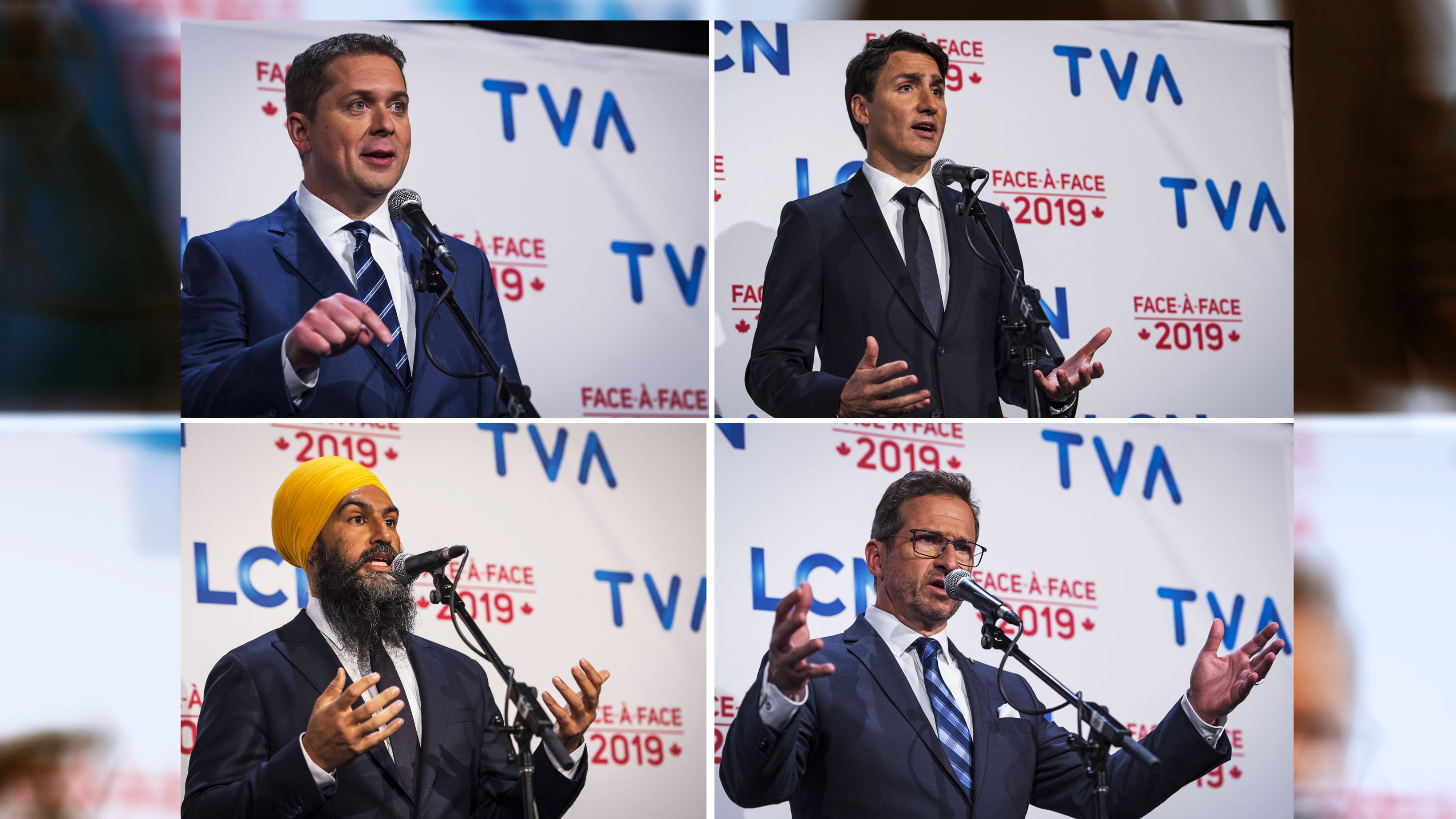 Party leaders seen in a montage by TVA in Wednesday night’s French-language debate. All parties but the Conservatives have now clearly committed to tax digital giants. TVA Nouvelles

The Liberal party has joined the NDP, Greens and Bloc in a promise to finally tax foreign internet giants. In a platform revealed this week (see next story), the party revealed it would base the tax on France’s GAFA tax and include a 3 percent tax on the incomes of digital corporations earning more than $1 billion in revenue globally and $40 million revenues in Canada. It would apply to targeted advertising and intermediation services.  The PBO estimates it could generate $540 million in the first year.

While critics of such a tax have argued it would be felt by domestic consumers, analysts this week confirmed it would have “little to no immediate effect on subscribers to foreign digital services like Netflix” according to a BNN Bloomberg story this week.

For years, Canadians for Tax Fairness has been pressuring government to tax digital corporations and level the playing field for Canadian companies, media and artists, who are adversely affected by the tax advantages these multinationals receive.

In a Globe and Mail article this week, C4TF director Toby Sanger welcomed the announcement, but said it was  long-overdue. Sanger also points out in a TVA Nouvelles story this week that there is still much more the government can do to ensure multinationals pay their fair share.

A 10 percent tax on luxury items like yachts and private planes was part of the recently unveiled Liberal platform, which had a couple progressive ideas, but was overall disappointing. Filip Frącz, flickr

The Liberals released their election platform this week and much like its 2019 budget, it had some progressive tax policies but ultimately passed over more meaningful opportunities to improve fairness and raise additional revenues.

The party says it will modernize anti-avoidance rules to stop multinationals from shopping for lower tax rates through complex schemes between countries. This could be a promising response to tackling offshore tax avoidance, although it doesn’t yet include specific details of how it would amend legislation.

A few years ago, NDP MP Murray Rankin introduced a Private Member’s bill to add an economic substance requirement to the Income Tax Act. Corporations using tax havens would have to prove a transaction has economic substance – genuine business purpose beyond just a lowered tax bill. The bill was defeated.

While we hope to see more details on the Liberals’ proposed anti-tax avoidance measure, there are other steps governments can take to tackle offshore tax avoidance. Our Platform for Tax Fairness recommends increasing funding for the Canada Revenue Agency and strengthening penalties against corporations and high-incomes that use these schemes, but also the companies and professionals who promote them.

We’ve also argued that Canada can take a stronger role in promoting international reforms being explored by over 100 countries to reform the corporate tax system, such as introducing a formulary apportionment system of taxing corporations, where profits are allocated to the tax jurisdiction in which the company has a taxable presence. Canada is well-poised to push for this global tax rule change, given it has 50 years of experience using the formulary apportionment system between provinces.

The party also said it would “crack down on corporate tax loopholes that allow companies to excessively deduct debt to artificially reduce the tax they pay” but doesn’t offer details in terms of how or to what extent. This is overdue, as the United States introduced similar measures two years ago when it allowed corporations to expense their capital spending more rapidly.  The Liberals also promise to undertake a review of government expenditures to ensure they aren’t paying out primarily to the richest Canadians, but the party had promised this back in 2015 and wound up backtracking on some of its findings and proposals.

Other interesting proposals in the platform included a 10 percent luxury tax on high-value goods over $100,000 such as yachts or personal aircraft. But overall, the platform could have gone much farther. 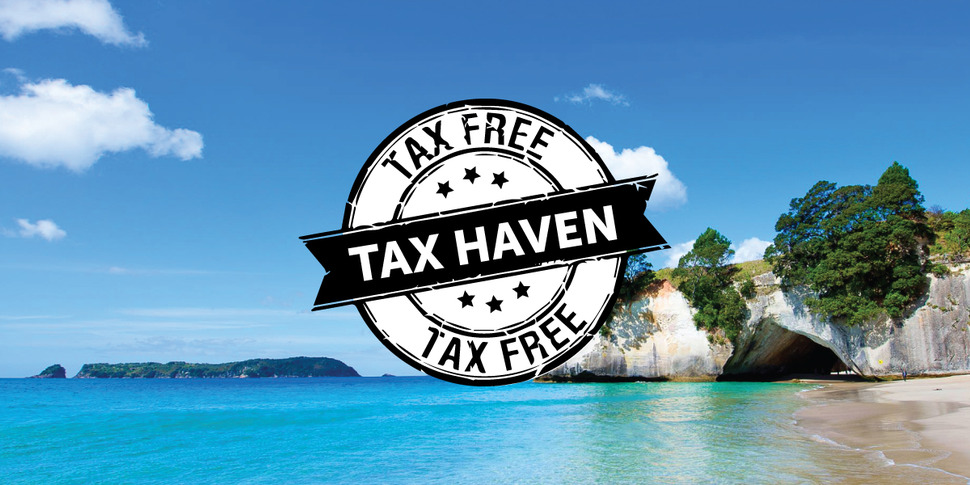 If you’re feeling let down by the lack of ambitious tax policies this election, here’s some uplifting news from Europe, where lawmakers recently established a watchdog for financial crimes like money laundering, abuse of shell companies, and tax evasion.

The move comes after mounting pressure on governments in the years following the Panama Papers and other scandals uncovered by the International Consortium of Investigative Journalists.

The ICIJ also reports that late last month the Dutch government introduced three proposed reforms to their tax laws as a result of leaks from the 2017 Paradise Papers which revealed corporations like Shell and Nike were using the notorious haven to dodge billions in taxes.