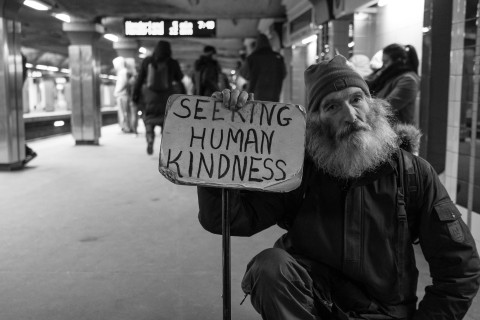 1. Reducing Inequality Will Boost Economy
The tax system is a powerful tool for redistributing wealth. Closing the gap between rich and poor is a moral and ethical imperative; it is also vital to restoring a healthy balance to a market-based economy. The market does not do very well at sending signals about what should be produced unless those with lower incomes have sufficient resources to create the effective demand for goods and services that meet their basic needs. When wealth becomes too strongly concentrated in the hands of a few, consumer demand weakens, with disastrous consequences for job creation and economic growth. As Linda McQuaig and Neil Brooks made clear in The Trouble with Billionaires, wealth concentration also under-mines democracy by enabling those with great wealth to influence government policies in ways that benefit themselves to the disadvantage of the majority.
The tax system already helps take an unfair share of resources from the rich and channel those resources to the poor. But poverty rates and measures of inequality continue to be very high in Canada. While some progress has been made in reducing poverty rates among seniors and families with children, relatively little has been done to address poverty experienced by working age adults. Our tax and transfer system could be doing a much better job. Poverty Reduction Strategies need to make full use of the tax tools that are available.
Several programs within the Canadian tax system have been highly successful in reducing poverty. Here is how they could be improved and used as part of a poverty reduction plan.

2. Reducing Child Poverty
The new and improved Canada Child Benefit, which replaces the Canada Child Tax Benefit and the Universal Child Care Benefit, promises to do a much better job of reducing child poverty. An additional $4.5 billion was budgeted so that now it provides a benefit of up to $6,400 per year for each child under the age of 6, and up to $5,400 per year for each child aged 6 to 17. The increased level of support and the targeting of additional benefits to low income families while maintaining the universal basis of the program is a significant improvement on the previous versions of child and family benefit programs.
A major short-coming of the changes introduced in July of 2016, however, is that there is no automatic indexing of the benefit to inflation. This will result in a significant decline in the real value of the benefit over time. The former CCTB/NCBS system was indexed and indexing should be restored to prevent the weakening of its anti-poverty impact over time. Another issue that needs to be addressed is the low take up rate of the CCB among certain groups, particularly on reserves among First Nations people, where 60% of children live in poverty.
The experience of growing up poor has long-lasting and costly health impacts, even if those individuals escape poverty in later years. Campaign 2000 estimates that 1.3 million children lived in poverty (Low Income Measure, After Tax) in Canada in 2014. [1] While the new and improved CCB is estimated to reduce the number of children living in poverty by 300,000 by 2017, that would still leave a million children living in poverty. We can’t stop now, as we have some ways to go yet if we are to eliminate child poverty. The government should commit to reducing child poverty by 50% over the next 5 years. While a combination of measures including a national housing strategy and a national child care program could contribute to achieving this goal, annual increases of $1 billion to the CCB could do a lot of the heavy lifting.

3. Reducing Seniors Poverty
Old Age Security and the Guaranteed Income Supplement together with public and private pensions and individual savings helped reduce poverty among Canadian seniors to a low of 3.9 per cent in 1995 (using the Low Income Measure, After Tax). However, since then we have been losing ground and poverty rates have risen to about 11 per cent as more Canadians are retiring without adequate company pensions or retirement savings. [2] Less than 40 per cent of Canadians are now covered by workplace pensions, and employers have been reducing benefit levels. Only 30 per cent of Canadians who are eligible to do so contribute to RRSPs. While enhancements of the Canada Pension Plan by increasing income replacement rate to one third of earnings will help address this challenge to some extent in the next 7 years, greater reliance on public support will be unavoidable in the next few years.
The 10% increase to the Guaranteed Income Supplement top-up benefit for lowest income single seniors that was announced in the 2016 Federal Budget will cost about $670 million and remove about 85,000 single seniors from poverty. This is a good start but over 600,000 seniors are still left living under the poverty line.
Increasing the GIS top-up benefit is a good way to direct funds to those most in need. There should be annual increases similar to the $670 million made this year but for senior couples as well so as not to increase the gap between what an single senior and an individual senior who is in an economic family receives, with the goal of completely eliminating poverty among seniors in the next 5 years.

4. Reducing Working Age Poverty
More than 12 percent of working-age Canadians live in relative poverty. Canada ranks 20th out of 31 developed countries. [3] Provincial minimum wages and social assistance rates fall far below the poverty line. While child and senior poverty has been the focus of government anti-poverty initiatives in recent years, very little attention has been given to addressing working age poverty.
The federal government has some tools available that could be used to tackle this problem. A very cost effective and efficient way to deliver benefits to many low income Canadians would be to boost the GST/HST credit. Benefits could be targeted to those most in need by using a top up benefit, similar to that used by the previous Conservative government when it increased GIS rates for seniors. The GST/HST benefit now costs about $4 billion. We recommend doubling this amount for an additional expenditure of $4 billion a year.

5. Reducing Poverty for Working Poor
The Working Income Tax Benefit, introduced in 2007 and strengthened in 2009, provides a supplement to the working poor to offset the loss of benefits resulting from going off social assistance as well as the increased costs associated with working, such as transit. It is a refundable tax credit that provides up to $1,015 a year for single persons and about $1,844 per couple, depending on the province. The credit is slightly more for those with a disability. About 1.5 million individuals received this benefit in 2013 at a cost to the government of just over $1 billion a year. This benefit has provided a positive incentive for people to move off welfare and into the workforce, but it does not do enough to help working poor families who have never been on social assistance.
We are encouraged that the federal and provincial finance ministers meeting in January of this year identified the need to increase the WITB as part of their agreement on CPP enhancement. The maximum benefits should be doubled over 4 years, and the program should extend its reach higher up the income ladder so that it becomes a major income support for Canadians who work but remain poor. This would cost an additional $250 million a year. [4]
Raising minimum wages so that a single person working full time would have an income above the poverty line would be an important complement to this program – one that would not require any government expenditure and that could actually increase tax revenue. While the federal minimum wage covers less than 10% of the workforce, reinstating a federal minimum wage at $15 an hour could help to establish a national benchmark that could encourage other jurisdictions to also ensure their minimum wages are a living wage.

6. How to Pay for Boosting Poverty Reduction Measures
The enhancements to the various existing benefit programs we have suggested total about $6 billion a year. This is quite do-able by simply redirecting some of the $14 billion the government spends subsidizing RRSP savings, and $23 billion it spends subsidizing Registered Pension Plans which primarily benefit middle and upper income Canadians. Lowering the annual RRSP contribution limit to $20,000 could save $2 billion a year while still providing a retirement savings option for most middle and lower income Canadians.
A lifetime limit of $50,000 for Tax Free Savings Accounts would save a modest $100 million a year initially, but would increase to billions of dollars in future years.
Closing tax loopholes such as the stock option deduction could save $800 million a year.
Limiting the Capital Gains Deduction by increasing the inclusion rate from 50% to 75% or setting it at 100% with an inflation adjustment could save up to $10 billion a year.
These are just a few of the $16 billion in unfair and ineffective tax expenditures that we have identified in our Pre-Budget Consultation Submission to the Finance Committee. [5] Closing these loopholes would not only save more than enough to cover the additional anti-poverty measures we suggest, they would also help to reduce inequality by reducing government subsidies to the very rich.

7. Reducing poverty would also lead to savings on health costs, criminal justice and increased tax revenue
Increased tax revenue resulting from increased labour force participation rates would also help to offset the costs of poverty reduction expenditures. And there would be many other savings that could be realized in government expenditures on health and criminal justice, just to name a few. While an upfront investment in poverty reduction is required, there would be big returns on that investment in many ways including a healthier society, economic growth and increased tax revenue.
There are risks inherent in replacing all existing social assistance programs with a basic income as some people living in poverty could end up in a worst situation. [6] We think it would be possible to achieve ambitious poverty reduction targets by significantly augmenting many of the efficient and cost effective delivery mechanisms that already exist in the federal tax and social transfer system.

ENDNOTES
[1] LET’S DO THIS – LET’S END CHILD POVERTY FOR GOOD Campaign 2000 Report Card on Child and Family Poverty in Canada, 2015
[2] An Analysis of the Economic Circumstances of Canadian Seniors, by Richard Shillington of Tristat Resources, for the Broadbent Institute, February 2016
[3] OECD Poverty Rate, 2013
[4] http://www.caledoninst.org/Publications/PDF/1001ENG.pdf
[5] Three Smart Ways to Raise More Revenue: Brief to House of Commons Finance Committee, Pre-Budget Consultations in Advance of the 2017 Budget; From Canadians for Tax Fairness, August 2016
[6] A Policymaker’s Guide to Basic Income, by David Macdonald, Canadian Centre for Policy Alternatives, October 2016
{Photo by Matt Collamer on Unsplash}