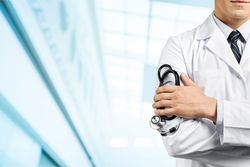 Small business has become a cause célèbre and the private corporation tax loopholes the daytime-TV melodrama of fiscal policy, replete with (if you believe some of the accounts) moustache-twirling villains intent on taking away the paltry savings of poverty-stricken... uh, doctors?

The plot thickened on Monday when the federal government announced that only some of their private corporation tax changes would proceed and that a small-business rate cut would be coming to ease the pain.

While it may seem heretical, I am done with entitled folks crying poor while water systems on reserves threaten the health of one in three First Nations people and one in seven Canadians live in poverty.

There also is a massive subsidy to retirement savings — another $15.6 billion of taxpayer money per year goes to RRSPs and $24 billion to RPPs, with 60 per cent of the benefits going to the richest 10 per cent.

Yes, genuine small-business owners take risks, they work hard, they work shifts, they don’t have pensions. But they don’t work harder or take more risks than a single parent with multiple part-time jobs.

Sadly, precarious work is increasingly the norm, growing by 50 per cent in the past decade, while private-sector pension coverage fell from over one-third to less than one-quarter. There are many more workers struggling to make ends meet in a precarious economy without pensions or child care, living paycheque to paycheque.

So enough already with the "victim" claims of doctors, tech entrepreneurs, small businesses and farmers who own corporations (fewer than 25 per cent of farmers), and let’s really talk about what we need to get our economy working again.

There is tremendous scrutiny of any government spending on health care, education or poverty programs, but little accountability when it comes to our tax subsidies to businesses. Are they generating productive investment? Are they creating new good jobs? What could we be buying instead with those funds — child care for all? Universal long-term care? Pharmacare? And how many jobs would that create?

We have not been seeing the results from corporate tax cuts. As corporate tax rates have been declining, Canadian corporations have been raking up higher and higher surpluses — accumulating more than $700 billion between 2000 and 2015. This is known as "dead money" because it is not being re-invested in productive investments that generate jobs.

Canada’s lower corporate tax rates have also been correlated with lower employment growth. According to a CCPA study, between 2000 and 2010, the tax rate was nearly halved, while the average rate of growth of employment for the top 60 firms was down 0.7 per cent. When it comes to small businesses, only 47 per cent even have any employees at all.

It is time for a full review of government tax expenditures and rate cuts. We need to close all the unfair tax loopholes. Any tax breaks should be specifically targeted to those businesses and family farms that are really doing the heavy lifting in our economy, providing real jobs, with full accountability for how many and what quality of jobs are being created and how that money could have been otherwise invested.

Diana Gibson does communications for Canadians for Tax Fairness and is a principal with PolicyLink Research Canada.