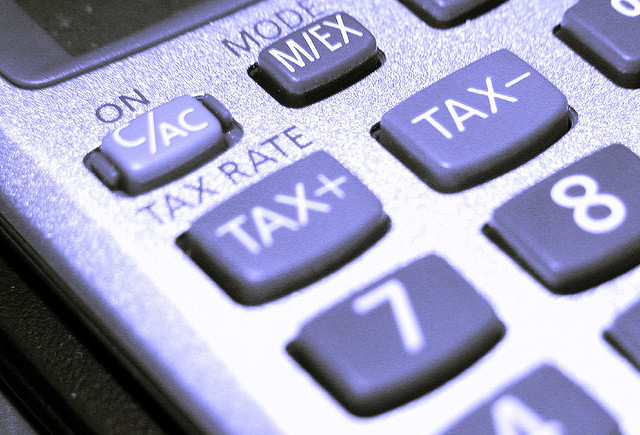 Have you been procrastinating on doing your income tax return? What could make filing our tax returns an easier and more rewarding a experience?

How about getting the Canada Revenue Agency to do a provisional tax return for us?

For many Canadians, the CRA already has all of the information they need to complete our tax return. They know how much we have been paid because employers send them that information. Banks and other financial institutions also tell the CRA how much interest or investment income we have earned. And charities report directly to the CRA how much each of us has given in charitable donations. And unless our circumstances have changed, the already CRA knows our age, who our spouse and dependants are, and whether our level of income qualifies us for benefits such as the Canada Child Benefit, GST rebate or the Guaranteed Income Supplement.

The CRA could easily just run that info through their computer programs to produce a draft tax return. They would then send that to each of us to check that they got all the information right and "presto!" — taxes are done.

This may not work for those who are self-employed or who have complicated financial arrangements, but for the majority of taxpayers, the CRA could easily do our returns for us and it would be less prone to errors.

Norway, Denmark and Sweden have implemented this system. Introduction of the preparation of the preliminary return by the Norwegian tax authority did more to increase the country's already very high compliance rate than any other tax reform.

Having the CRA prepare a provisional tax return would also help to ensure more people who qualify for tax-system-delivered benefits such as the Child Benefit, Worker's Benefit and the GIS would get them.

The CRA has made free tax return software available on their website, which has been well received. But I am sure doing tax returns for tax payers would be even more popular.

A second thing that would make it easier to do our taxes would be to simplify our tax system.

A hundred years ago in 1917, when the Income Tax Act was introduced, it was six pages in in length. By 2016, it had grown to 1,412 pages. This has not only made it difficult for ordinary tax payers to complete their tax returns, it has also made it almost impossible for the Canada Revenue Agency to administer or enforce properly. The auditor general recently reported that almost 30 per cent of the answers provided by CRA officials to queries from the public were wrong. It's not surprising, given how complicated the tax rules have become.

While ordinary taxpayers may worry that they weren't able to figure out all of the various tax breaks they might be able to take advantage of, the much bigger problem is that 42 per cent of the tax expenditures (or tax breaks or tax loopholes) go to the top 10 per cent of highest income earners. While missing a tax break or two for ordinary tax payers may cost you a few hundred dollars at most, the top 10 per cent get, on average, a $20,000 discount on the taxes they have to pay because of all the tax breaks they can take advantage of. The federal government could easily raise over $18 billion just by closing some of the most unfair and ineffective tax loopholes, without raising taxes for 90 per cent of Canadians.

This is an issue where even right-wing groups like the Fraser Institute agree, although they argue for simplifying the tax system in order to lower income taxes.

Finally, it would help to ease the pain of paying taxes if we knew we are getting good value for our money in the form of quality public services. Most Canadians do get more return in public services than they pay in taxes, but we could do even better. While our public medicare system delivers much better population health results compared to the United States where private care dominates, our quality and breadth of coverage falls short of many other countries. Broadening coverage by introducing public dental and pharmacare coverage would actually save us all money, even if we had to pay a bit more in taxes because buying these services publicly, through our taxes, is way cheaper than paying for it privately or through our workplace health insurance programs.

Paying more in taxes could actually save us all more money if they are invested wisely in things like public pharmacare, dental and childcare. And we could improve our economic competitive position more by increasing investments in education and infrastructure than lowering corporate income tax rates by a few points.

Now, stop procrastinating and go do your taxes. Oh, and maybe you might want to add a note to your return asking the CRA to please do your taxes next year.