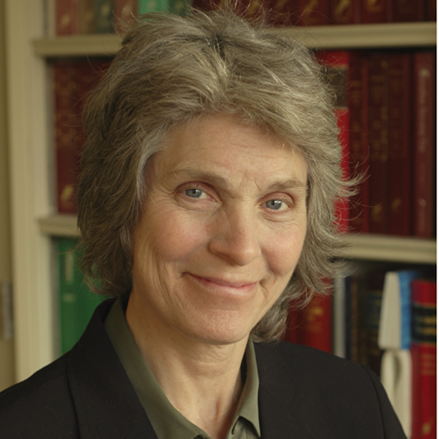 Kathleen Lahey knew the system was biased against women from an early age.

Growing up, the Queen’s University Law professor recalls enviously watching her father and brother “go off and do fun things like make model airplanes,” while women performed unpaid labour such as laundry and caring for younger children. But it was a casual conversation with her mother one day that made her realize the gender bias was also entrenched in law.

Her mother was a bookkeeper for the family business and a pretty good one too, so Lahey was surprised when she found out in high school that her contributions were never compensated.

“I asked her why, and she said, ‘I can’t get paid because then we would have to pay more in taxes,’” Lahey recalls, referencing the income splitting tax measure in the US, where she grew up. “That was when I started noticing how life broke down differently for men and women.”

It was also what inspired a career in academia and activism as Lahey went on to become an international expert to the UN on gender and tax issues.  She has authored numerous reports and books, and in addition to teaching and advising governments, sits on the board of the UK-based Tax Justice Network.

Despite significant progress on other women’s rights, many tax policies such as income splitting or joint tax benefits still support primarily men and keep women focused on unpaid work such as childcare.

“Even the Canada Child Benefit is structured in a way that proposes to help families with low-incomes, but if that family has to choose between something like buying hockey sticks for their kids or childcare so that the second parent can go back to work, they are probably going to choose hockey sticks.”

Lack of affordable childcare remains one of Canada’s biggest barriers to economic fairness.

“Right now, we have one of the least generous childcare support systems in the OECD,” Lahey points out.

A report released Thursday by the Canadian Centre for Policy Alternatives offers similar advice for the government. It calls for a review of  tax deductions, credits and loopholes that primarily benefit men over women such as the employee stock option deduction and pension income splitting. The 2019 Feminist Scorecard published this week by Oxfam Canada acknowledges some progress, including our country’s first gender-budgeting, but highlights the need to eliminate corporate tax loopholes and regressive income tax structures.

While Canada has its work cut out for it, the outlook is grimmer in developing nations, where tax disadvantages against women are aggravated by a lack of revenue and resources.

“Women in low-income countries face very similar challenges to the ones women face in Canada and the US, including that they still do disproportionately large amounts of unpaid work,” Lahey says.

But in poorer countries, revenues are scarcer, the data is harder to acquire, and governments are less likely to care. Women may also have challenges accumulating assets or legal rights to property and business.

The challenges are complex and hard to fix. While increasing consumption taxes, such as sales or green taxes, do lead to larger revenues, the tax system becomes less redistributive when it comes to gender and low incomes, she points out.

“There is no one magic bullet” but a combination of quality healthcare, childcare, equal income and authority, would go a long way to foster economic and overall social well-being.

There is some good news. Since Lahey started out studying law and gender, she’s noticed recently some tax fairness issues that weren’t mainstream, such as tax havens, are beginning to capture more of the public’s interest.

Activists can benefit from that, she suggests, by drawing the link between wealthy corporations and individuals who abuse the system and inadequate revenues for women in international communities.

Whatever the approach, it’s clear Canadians need to do more to fix the tax gender gap here at home and around the globe.

“We have a big complicated set of problems and we need as much advocacy as possible out there.”