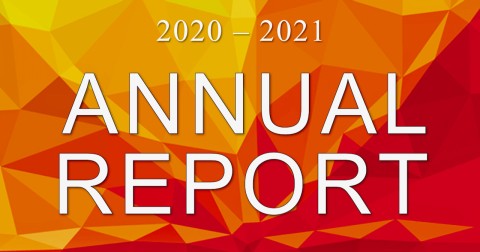 Message from the Team

This year marks a decade since a group of concerned Canadians from a wide section of civil society got together to brainstorm what could be done about a dire situation: The Internet and airwaves were flooded every day with anti-tax rhetoric from well-financed mouthpieces for corporate and plutocratic power. The so-called ‘research’ from policy think-tanks that serve these same interests carried sway for politicians who themselves had come to believe the lie that our government has no real place in solving our collective challenges. Public consciousness was clouded by the notion that regular middle-class and underprivileged Canadians had no choice but to cede our public space, and the decisions of representatives whose salaries we pay, in a race to the bottom of hope for a brighter future.
It was time to come together. It was time to beat back the falsehoods of neoliberal and neo- conservative rhetoric, and provide the public and our leaders what the powerful had deliberately taken from the public debate: the truth. And for this truth to prevail, it could not simply be present, it had to be championed, and it had to be championed meticulously.
Around the table, representatives of unions, international development organizations, community groups, religious congregations, as well as economists, researchers, university professors and lawyers, shared the belief that only together can we push back effectively, and reverse what amounted to systemic corruption, and only by crunching the numbers day in and day out, could we make sure the truth about taxation might again shine through.
Canadians for Tax Fairness was born.
We had no idea that a small team of dedicated researchers could indeed help steer Canadian tax policy back towards addressing social, economic and environmental challenges. But scores of reports later, hundreds of articles later, after countless interviews with local and national media, and in-depth chats with politicians from every political party, and most importantly, after so many countless exchanges with you, our amazing supporters, issue by issue, day by day, the tides are turning.
As the very word ‘tax’ becomes re-recognized as a tool for our collective well-being, and the notion of fairness in its collection and spending is increasingly understood, we feel a sense of hope  that the use of our own money for our own good is no longer a subject beyond our control. Today, in this moment of optimism, we want to thank you for standing with us in our well-researched fight for fairness in our society, and in recognizing that it cannot be achieved without fair taxation.
Toby Sanger, D.T. Cochrane, Erika Beauchesne, Darren Shore

TEAM
Toby Sanger, Executive Director: Toby Sanger has been a widely respected Canadian economist for over 30 years, working previously as economist for the Canadian Union of Public Employees, as chief economist for the Yukon, as principal economic adviser to the Ontario Minister of Finance, as economic adviser to First Nations, and as an environmental economist. Prior to that, he also worked as a baker, in a circus, and as a journalist. He lives in Ottawa.
D.T. Cochrane, Policy Researcher: D.T. Cochrane has graduate degrees in economics, as well as in social and political thought. He has researched and written about a range of topics including pipeline finance, big tech, and corporate power. Although he grew up on a ranch in Saskatchewan, D.T. currently lives in Peterborough with his partner and children. When he's not figuring out new ways to use pivot tables, he can be found reading fiction, taking photos, and trying to enjoy outdoor activities.
Erika Beauchesne, Communications Coordinator: Erika joined C4TF as communications coordinator in January 2019 before her maternity leave in April 2021. Erika has degrees in Journalism and English Literature. Prior to working in communications, she was a reporter and an editor. After spending some time in different cities from Toronto to Fort McMurray, she now lives in Ottawa with her family.
Darren Shore, Communications Coordinator: Darren Shore has worked in communications and fundraising for a variety of non-profit organizations in Canada and Australia. In previous lives he was a professional tour guide, managed a hostel, did business development for a university co-op program, visited over half the countries on Earth, and got degrees in political science and journalism. He lives with his family in Montreal.
MISSION, VISION, HISTORY
MISSION: Our mission is to raise public awareness of crucial issues of tax justice and to change the way Canadians talk about tax. We also work to encourage government policies and laws to result in a more fair and progressive tax system.
VISION: Our vision is a country where taxation is regarded as a way to invest in Canada and Canadians. We believe in a progressive tax system where all individuals and corporations pay their fair share. We believe that Canada in the 21st century should be a society in which economic disparities are decreasing, basic needs are met by investing in high-quality public services, economic policies are designed to create good quality jobs and protect our environment, and the will of the people drives our political process.
HISTORY: C4TF was founded in 2011 by a broad coalition of civil society organizations, including unions, international development organizations, community groups, religious congregations, as well as economists, researchers, university professors and lawyers. We were, and are, united by the desire to steer Canadian tax policy towards addressing social, economic and environmental challenges.
DONORS
INSTITUTIONAL DONORS: The work of Canadians for Tax Fairness would be impossible without the generous support of civil society, since we refuse money from corporations and governments. We are truly grateful for the financial support of : Association of Canadian Financial Officers; British Columbia Teachers' Federation; Canadian Association of Social Workers; Canadian Association of University Teachers; Canadian Federation of Nurses Unions; Canadian Labour Congress; CUPW - Canadian Union of Postal Workers; CUPE - Canadian Union of Public Employees; Citizens for Public Justice; Elementary Teachers' Federation of Ontario; Inter Pares; KAIROS Canada; NUPGE - National Union of Public and General Employees; Ontario English Catholic Teachers Association; Ontario Health Coalition; Ontario Secondary School Teachers' Federation; PIPSC - Professional Institute of Public Service of Canada; PSAC - Public Service Alliance of Canada; SEIU Canadian Council; Sisters of St Joseph; Syndicat de la fonction publique et parapublique du Québec; UFCW - United Food and Commercial Workers; Unifor; United Church of Canada; United Steelworkers of Canada.
INDIVIDUAL DONORS: C4TF also receives many individual donations, many on an ongoing monthly basis. Donations are made through our website, via our DONATE page. We keep information about our individual donors strictly confidential, as well as never sharing that information with other organizations.

Uber-low Taxes Lyft Ride-sharing Revenue
July 2021, by D.T. Cochrane
Uber and Lyft avoid paying around $135 million per year in Canadian taxes: around $81 million in avoided EI and CPP payroll taxes; up to $54 million in avoided corporate taxes. Meanwhile, they make their drivers collect around $217 million in GST/HST remittance. A 3% digital services tax would generate $60 million annually from the companies. [READ]
Pandemic Profits and the Public Purse
May 2021, by D.T. Cochrane
Fifty of Canada’s largest companies made record profits during the pandemic while many paid lower effective tax rates, many benefited from tax havens, and a handful received support through the Canada Emergency Wage Subsidy (CEWS) program. Amongst the 50 record-setting companies, 37 had an effective tax rate below their combined federal- provincial statutory rate, 34 had at least one identified subsidiary in a tax haven, and at least 7 of the 50, or their subsidiaries, benefited from CEWS. [READ]
Canada Could Gain $11 billion from Biden minimum corporate tax plan
April 2021, by Toby Sanger
Canada could gain at least $11 billion annually from a global minimum corporate tax levied at a 21% rate on the undertaxed profits of multinationals. Revenues would be even higher with reforms that more equitably distribute multinational corporate profits between countries on the basis of real economic factors. While other countries, including the United States, have made significant proposals for reform, Canada has been largely silent. [READ]
A Fair Tax Recovery Plan
February 2021, by Toby Sanger and Erika Beauchesne
For all the devastation COVID-19 has brought, it has created an opportunity to rebuild a more equitable, sustainable and resilient economy. The significant investments required are possible thanks to lower lending rates, public support for spending on the recovery, and progressive tax reforms. A report on how the federal government can make our tax system fairer, reduce inequalities, and raise the revenues needed to finance the recovery. [READ]
Corporations Making Record Profits During the Pandemic
December 2020, by D.T. Cochrane
Decades of corporate-friendly tax policies have contributed to record profits, and worsening inequalities. During record deficits and debt during the Covid-19 Pandemic, dozens of Canada’s largest corporations rake in record profits, in some cases using public subsidies to do so. C4TF calls for: 1) an excess profits tax; 2) restoration of corporate tax rates; 3) improved transparency and accountability for government spending, corporate ownership and corporate finances. [READ]
It’s Time to Tax Extreme Wealth Inequality
November 2020, by Toby Sanger and Erika Beauchesne
Canada’s wealthiest billionaires have continued to become even wealthier through the pandemic. What can the Canadian government can do to tax extreme wealth and address our disturbing and growing levels of inequality?  The Pandemic has shown how jurisdictions that invested early in the resources to protect all their citizens fared better than those that downplayed risks and turned to austerity in a time of crisis. [READ]
Submission to the House of Commons Finance Committee on Budget 2021
August 2020, by Toby Sanger & Erika Beauchesne
A submission to Finance Canada on how the government can extend public services and tax supports, close loopholes, promote a competitive business environment, and transition to a low-carbon economy. [READ]
Corporate Assets in Top 12 Tax Havens
July 2020, by Toby Sanger and Erika Beauchesne
Corporate tax dodging through tax havens costs Canadian governments at least $10 billion and up to $25 billion annually, overwhelmingly benefiting larger multinationals and the wealthy, leading to greater corporate concentration and inequalities, all at the expense of ordinary Canadians and small and medium-sized domestic businesses. C4TF proposes increased transparency, strengthening rules to prevent tax dodging, and increasing penalties on tax-evaders and their professional enablers. [READ]

C4TF’s Directors and Advisors include many founding members from our inception a decade ago. Through ups and downs, headaches and hard work, their commitment to our cause has been unwavering.
BOARD OF DIRECTORS
NATIONAL ADVISORY COUNCIL
TECHNICAL ADVISORY COMMITTEE
Title: 2020-2021 Annual Report, Canadians for Tax Fairness
Authors: Darren Shore & Toby Sanger
Published: 16 July 2021
Resource type:
Canadians for Tax Fairness