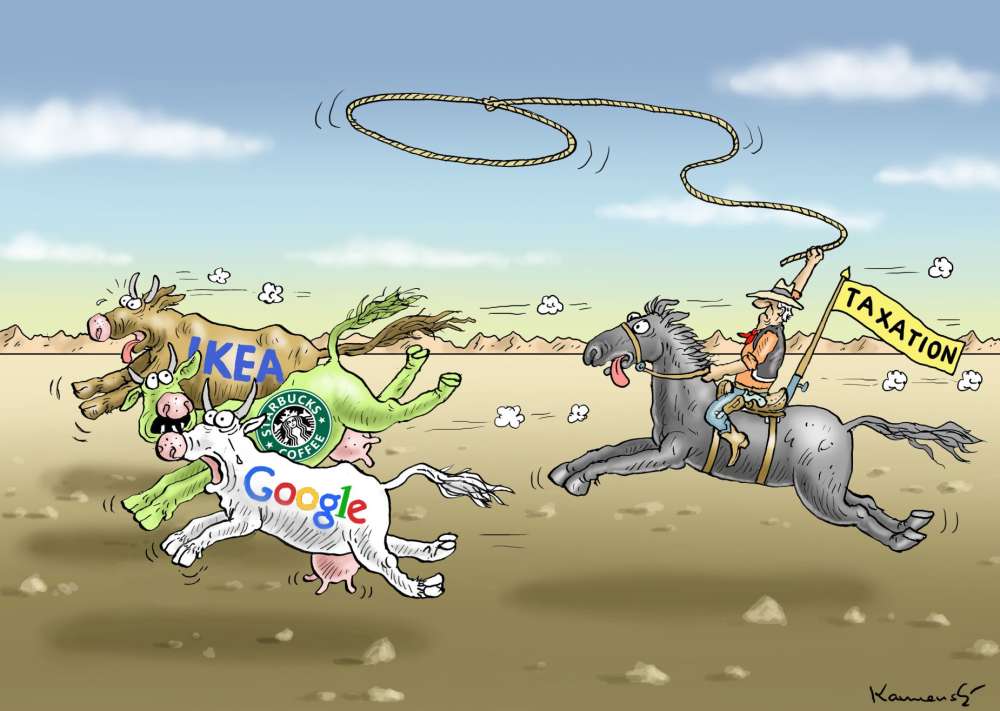 The economy has been a key issue in this campaign. And how – and who pays their taxes is an essential part of that discussion.  So it would make sense that it would be a hot issue at Thursday’s leaders’ debate on the economy.  But there’s a worrisome development. One of the world’s biggest tax avoiders is getting in on the election action. Google is partnering with the Globe and Mail to host a leaders’ debate on the economy.

Google is notorious world-wide for its use of tax schemes. Over the past decade it has circumvented tens of billions in taxes by virtually pipelining its profits to Bermuda. Hundreds of countries lose out on revenues that could be used for education, healthcare and more.

Take Canada. The search engine giant owns one of the best known brands in this country. And Canadians are among its biggest users. Yet, the revenue it generates and the taxes its pays (or doesn’t pay) are closely guarded secrets.

How does the company do it?  Try Googling “double Irish” – the word brazen doesn’t begin to do it justice.

More leaders’ debates and new audiences are a good thing for democracy. Updated formats are simply window dressing if the new players are themselves playing the system. Canada’s economy has been hobbled by lack of political will to stop widespread corporate tax avoidance. There is a growing public realization that tax breaks aimed at working families pale in comparison to the free ride corporations get.  Who is served by tip toeing around that issue on debate night?

Canada’s corporate tax rate is officially about 26 per cent (federal and provincial combined). It is the lowest in the G7. With devious but legal tax tricks, Google has an effective tax rate of 2.7 per cent in its international division. That decimal point makes a billions of dollars difference.

Canadians are one of the heaviest users of the internet in the world. But no Google search will retrieve tax information about how much the corporation pays in Canada. Likely it is nothing close to the official tax rate. More importantly, its business model illustrates a lack of respect for Canadian taxpayers. In exchange for branding associated with new media, are we legitimizing an old-style corporate culture that eschews a positive role in the countries where it operates?

Google officials will tell you that what they are doing is legal and within the tax laws of the countries in which it operates.  In 2012, Google CEO Eric Schmidt said he was "proud" of the way his company had sidestepped billions in taxes by profit shifting.

Schmidt’s attitude is prevalent among many large corporations. There is $199 billion in Canadian corporate money sitting in tax havens. Governments are left scrambling to raise the revenue they need to provide quality public services – many of which corporations rely on for their business success.

Corporate taxes need to be an important part of the leaders’ economy debate. But will the leaders be asked what they would do to make sure multinationals are paying their fair share? Will they be challenged to provide proof that lowering corporate taxes created jobs? Or will they be allowed to get away with spouting slogans that are nothing more than ideological rhetoric?

It is time for a real debate about taxes.

Canadians deserve to know the journalistic ground rules as the Globe and Mail enters this partnership with Google. And they deserve to hear the leaders state their position on the offshore. Questions like:

There might be a bit of chair-squirming if a Google executive is sitting in the partners’ room on debate night.  After they quietly dropped their “Don’t Be Evil” corporate motto in 2009, they hit the delete button on their regard for the tax laws of any country. If voters choose tax fairness in this election, perhaps Google should be the subject of a future leaders’ debate rather than sponsoring one.