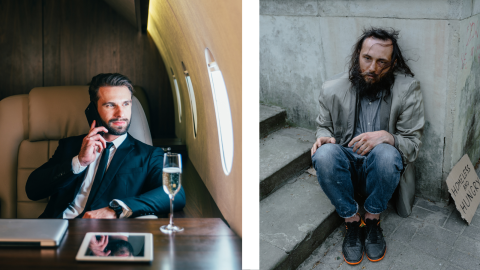 We are witnessing unprecedented levels of inequality. Without significant tax reforms, 2023 will see the situation worsen.

Oxfam came out this week with a report showing Canada’s billionaires saw their wealth grow by 51% since the pandemic. Around 50 of the richest Canadians now have $249 billion in assets – more than all assets held by the bottom 40% combined.

It’s a disturbing trend. Over the past 10 years, the richest 1% in Canada gained almost seven times more wealth than the bottom 50%.

What’s different now, Oxfam points out, is for the first time in 25 years, extreme wealth and extreme poverty increased simultaneously.

It’s not hard to see why. Essentials such as food and housing have become unaffordable for many. At least 1.7 billion workers live in countries, including Canada, where inflation is outpacing their wage growth.

But for those at the top, it’s been the best of times.

Canadian CEO pay shattered every record for compensation in 2021 as the top-paid executives now make 243 times the average worker’s salary, according to a recent report by the Canadian Centre for Policy Alternatives.

A new analysis by the Globe and Mail shows 2022 corporate profits raced ahead of worker wages and the economy as a while.

Our own research showed that the biggest Canadian companies saw profit margins exceed 20-year averages in 2021, with many hitting record levels. At the same time, 123 of the largest corporations in Canada avoided $30 billion in taxes.

What needs to change: tax policies we want to see in Budget 2023

A windfall profits tax on the extraordinary profits of large corporations would yield $11 billion in revenue each year. While Canada introduced a windfall tax on the financial sector, the Globe’s analysis shows company profits boomed throughout corporate Canada. A windfall or excess profits tax should be applied to all sectors.

It should especially apply to the oil and gas industry, where Canadian companies have reaped billions in profit -- on top of taking billions in public money.

A study released this week by the CCPA found that of every dollar spent on higher prices in the last two years, 47 cents was converted into corporate profits in four industries, with oil, gas and mining being the biggest beneficiaries. Many other countries have already introduced such taxes on their oil and gas sectors.

Two decades of ongoing corporate tax cuts has cost Canadians gravely. If, for the last two decades, corporations had paid the average statutory income tax rate that prevailed through the 1980s and 1990s, Canadian governments would have collected an additional $1.1 trillion in revenue.

Even with lower tax rates, companies have demonstrated that they will find ways to avoid paying even less tax. To confront this problem, the U.S. this year introduced a new minimum tax on the profits that large corporations report to their shareholders, rather than the amount they report to tax authorities. A similar minimum book profits tax in Canada could raise $4 billion annually.

Corporations and individuals only pay tax on half the gains from the sale of their assets, such as company shares. Raising the rate on capital gains from 50% to at least 75% could raise $9.5 billion a year.

A well-designed progressive wealth tax on Canadian households with wealth over $10 million would generate $26 billion each year.

These tax measures would require corporations and the rich to contribute a fairer share of their wealth.

New polling released this month by Environics found 90% of Canadians want the Canada Revenue Agency to pursue wealthy tax avoiders/evaders and eliminate the tax loopholes they use.

It’s not the first poll to reveal majority support for adequately taxing the rich. A 2021 survey by Abacus Data found 82% of Canadians believe it is time to tackle inequality by increasing taxes on wealthy Canadians and large, profitable corporations.

The federal government should take note and follow through on its own commitment back in 2020 to address wealth inequality by making more substantial tax policy changes.

It’s not just the public seeking progressive tax reforms. Experts from the United Nations, the International Monetary Fund, and even the OECD have been calling for new taxes on wealth and excess profits in recent years.

Taxing the rich is no longer a fringe idea.

As world leaders gathered at Davos this week, Earth4All, a global collective of economists and intellectuals, published a letter urging governments to introduce new taxes to address inequality, including a minimum global tax on companies and windfall profits in all sectors.

Governments, including Canada’s, have an urgent responsibility to make the necessary changes to ensure that the same tax system that allowed inequality to grow, be used to curb it.