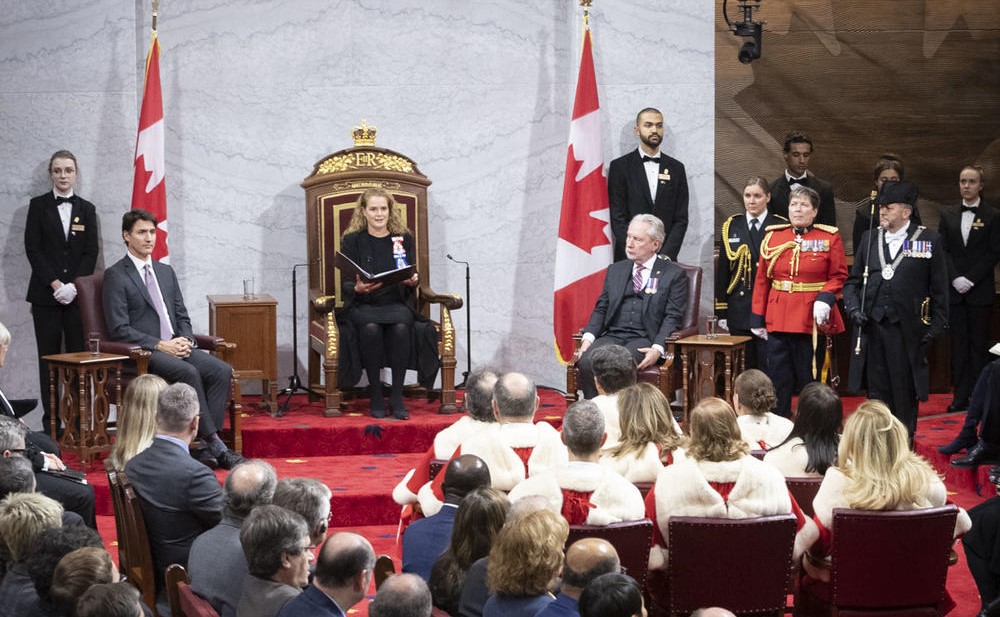 Photo: The Governor General delivered the Speech from the Throne to formally open the first session of the 43rd Parliament of Canada. Credit: Sgt Johanie Maheu, Rideau Hall

MPs and Senators returned to Ottawa last week with the Liberal government delivering a Throne Speech to very mixed reviews.

While the Throne Speech had little to say about reducing inequality or tax reform—except for their “middle class tax cut” and a vague commitment to tax fairness—we’re optimistic about the potential for reforms in this minority parliament as the Bloc, Greens, and especially NDP, proposed progressive tax measures in their election platforms (see our Fair Tax Report Card for a grading of the parties’ promises).

The Liberals’ ‘middle class’ tax cutwill cost $6-billion and provide no benefit to the lowest-income earners. The government should compensate for those revenue losses by making progressive changes elsewhere. As we’ve shown, closing just a few of the most regressive tax loopholes would raise at least $16 billion – the equivalent of $1,000 per household.

We’ll also push this government to raise taxes on the wealthy, ensure corporations pay their fair share, tackle tax havens and increase corporate transparency. . You can read about these and other issues we’ll be pressing the federal government on.

While the Liberals have promised little on paper in their platform and throne speech compared to four years ago, we’re optimistic we’ll be able to achieve more in fact on tax fairness with the support of opposition parties.

A graphic by Fair Tax Mark shows taxes paid, booked and expected by the Silicon Six, similar to the FAANGA group of corporations over the past decade.

The “Silicon Six”—Amazon, Apple, Facebook, Google, Netflix and Microsoft—avoided more than US$100 billion in tax over the past decade by using tax havens, profit shifting and other tax-dodging techniques, the UK-based Fair Tax Mark reported last week.

Of these six mega-corporations, Amazon was judged to be the worst tax dodger. It paid just $3.4 billion in taxes last year on revenues of $960 billion and profits of $26.8 billion. The report notes the corporation’s accounting is “so complex” there is “no way to discern” how much tax it should be paying.

The same week, another mega-corporation came under scrutiny for its accounting measures in an article by Quartz . Walmart avoided taxes on $2 billion in offshore cash in 2011 according to a whistleblower, who was a former executive at the firm.

The company routed payments from Luxembourg to the US through the UK without declaring they originated from a tax haven, the former executive said. Quartz notes that while the reported methods aren’t illegal, they reveal “the role the world’s biggest company plays in a problem that is endemic to global capitalism—massive companies using offshore tricks to cut their tax payments.”

In recent decades, corporations have been handed another means of lowering their overall tax bill via government tax cuts.

The New York Times recently reported how FedEx, which lobbied hard for the Trump administration’s tax cut, hugely benefited from the policy -- lowering its effective tax rate from 34% in 2017 to less than zero in 2018. The tax cuts did nothing to stimulate investment by FedEx, as it spent less on capital investments in 2018 than it did before the tax cut. 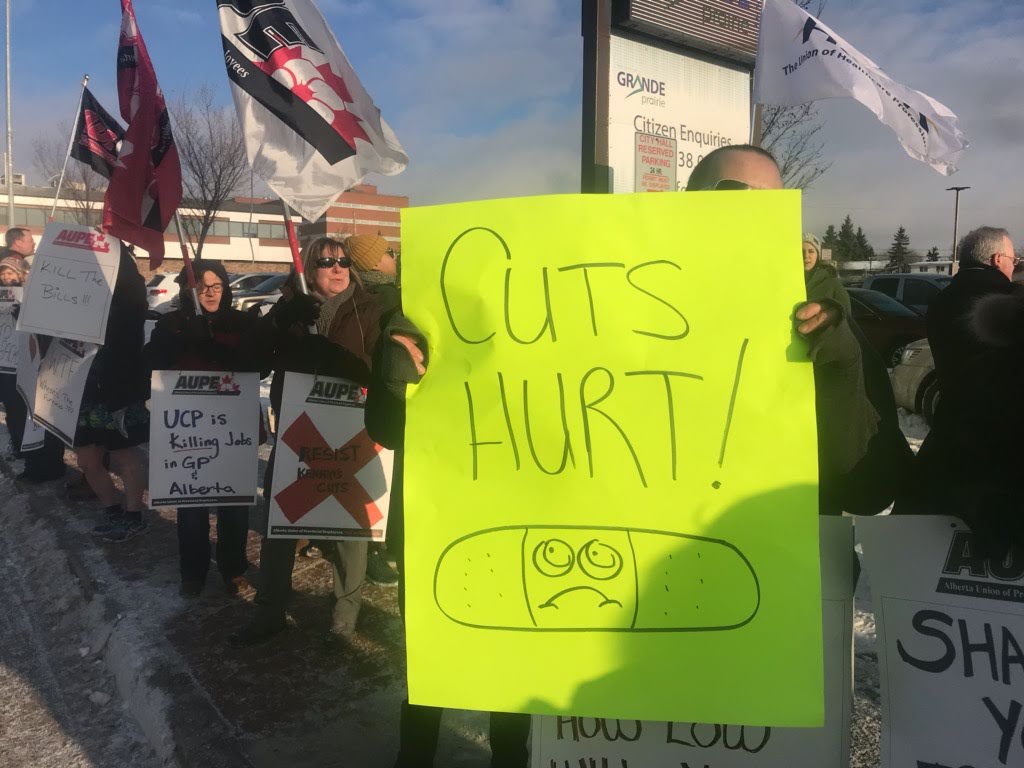 When Alberta Premier Jason Kenney introduced his $1.7-billion a year corporate tax cut earlier this year, he claimed it would lead to increased investment, economic growth and tens of thousands of new jobs—but just the opposite has happened, as we predicted.  The job losses and companies packing up and leaving the province keep piling up. Husky Energy in Calgary this week confirmed it is cutting 370 jobs. US-based oil services company Halliburton also announced this week it is suspending its cementing services in Alberta, where it employs over a thousand workers.  Since Kenney was elected, Alberta’s unemployment rate has increased from 6.7% to 7.2% with an 8% increase in the number of jobless.

Meanwhile, the public sector is bracing for thousands more in layoffs as the province cuts public spending pay for the corporate tax cuts. Alberta’s health sector, including nurses and healthcare aids, are expected to bear the brunt of those cuts.

As evidence mounts on the ineffectiveness of tax cuts, a column by Globe reporter Barrie McKenna made a strong case for governments and businesses to invest in fair pay and worker benefits as a more effective means of driving economic growth. 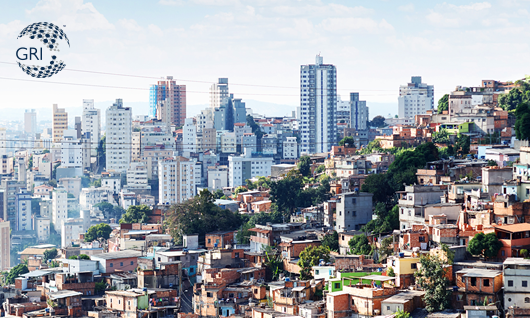 The standard has been welcomed by civil society organizations, investors, and other advocates for corporate transparency. Credit: GRI

For the first time ever, a new international standard has been established for transparency in tax reporting by multinationals.

The new global tax standard is a model developed by the Global Reporting Initiative for large multinational corporations to disclose how much tax they pay in the countries where they operate. Tax fairness advocacy groups, including C4TF, submitted comments earlier this year to help develop the standard to hold multinationals accountable.

Activists weren’t the only ones to welcome the new standard. Investors told the  the Financial Times this week that such tax reporting is sorely needed to assess risk in a global business environment where tax legislation has not kept pace.

Not all governments are on board the push towards greater transparency. Twelve EU countries last week rejected a proposal that would have forced multinationals to reveal their profits and the amount of tax paid in each member state. Ireland, Malta and Luxembourg –all tax havens– were among the countries who voted down the proposal. 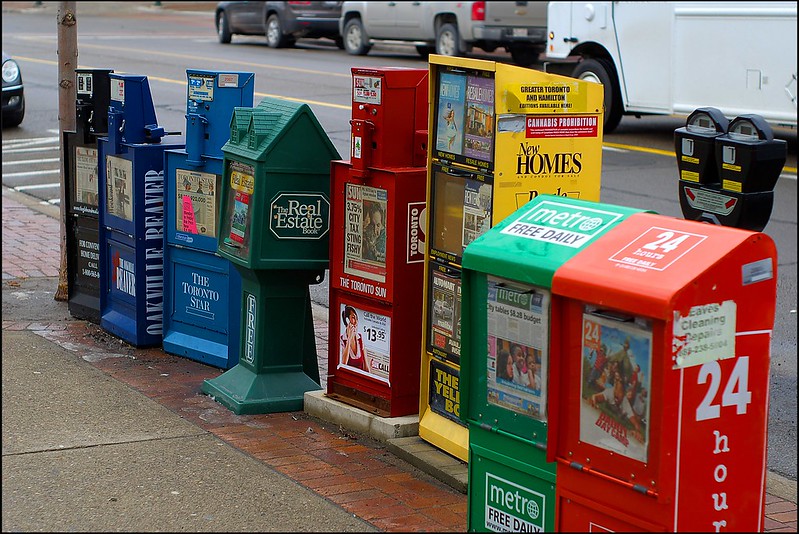 The newspaper industry has been especially hit by the growth of online services and platforms, which enjoy tax advantages in Canada. Credit: PentaxFanatiK, flickr

While the federal government has dragged its feet on eliminating tax preferences for foreign internet giants such as Google and Facebook, advertising revenues of Canada’s newspaper industry plummeted by 18% from 2016 to 2018, new Statistics Canada figures report.

The report came out just as the TorStar announced it would cut another 100 plus jobs and and close its StarMetro papers.

Foreign online services and platforms like Google or Facebook do not have to collect sales taxes on their advertising sales to Canadian businesses and also avoid paying corporate taxes forcing Canadian media, artists and mainstreet businesses compete at a disadvantage. Businesses can also deduct the cost of advertising with foreign internet corporations.

After years of pressure from Canadians for Tax Fairness, other organizations, and from the NDP and Bloc, the Liberals finally agreed in the federal election to take steps to level the digital playing field, including by introducing a 3% tax on the revenues of multinational tech giants and by working “to ensure that international digital corporations … collect and remit the same level of sales taxation as Canadian digital corporations.”

Canada is far behind in taking action on this issue: most other major countries have already moved forward in different ways. Most recently the Czech Republic approved a 7% levy on tech titans.  We’re going to make it a priority to ensure that the Liberals keep their promises and finally eliminate tax preferences for foreign internet giants—and help protect Canadian jobs, media and culture. 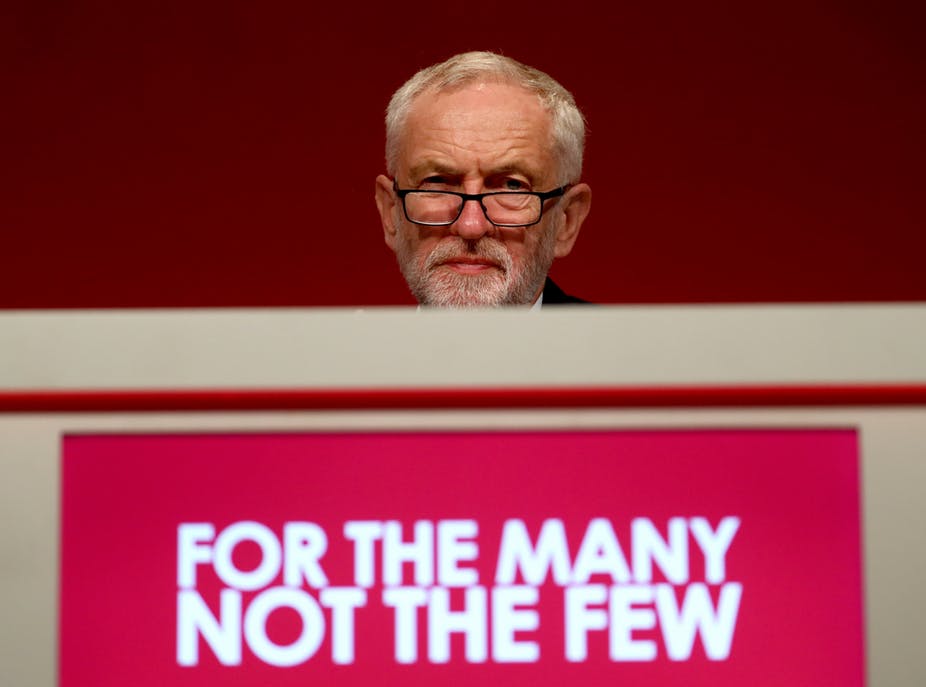 The UK’s Labour Party leader Jeremy Corbyn has put forth a series of progressive tax reforms to fund what the party has dubbed an investment blitz. Credit: PA Media, Britain

With days to go in the UK election, the opposition Labour Party has brought the issue of tax fairness to the forefront. Party leader Jeremy Corbyn has promised to fund “an investment blitz” and create one million new green jobs in public services and sustainable infrastructure by raising taxes on corporations and top earners.

The party also committed to tax investment income at the same rate as regular income and to tax financial transactions, including the buying and selling of shares. While the proposals have spurred predictable Conservative criticism, they have also raised important discussions about wealth distribution in the UK, where inequality has been on the rise.

Corbyn’s tax policies have inspired some light-hearted response as well. The pro-Labour grassroots organization Momentum made a video that portrays Batman’s Bruce Wayne in a different light, questioning his superhero status as a billionaire who uses charitable giving as an excuse for not paying his taxes. 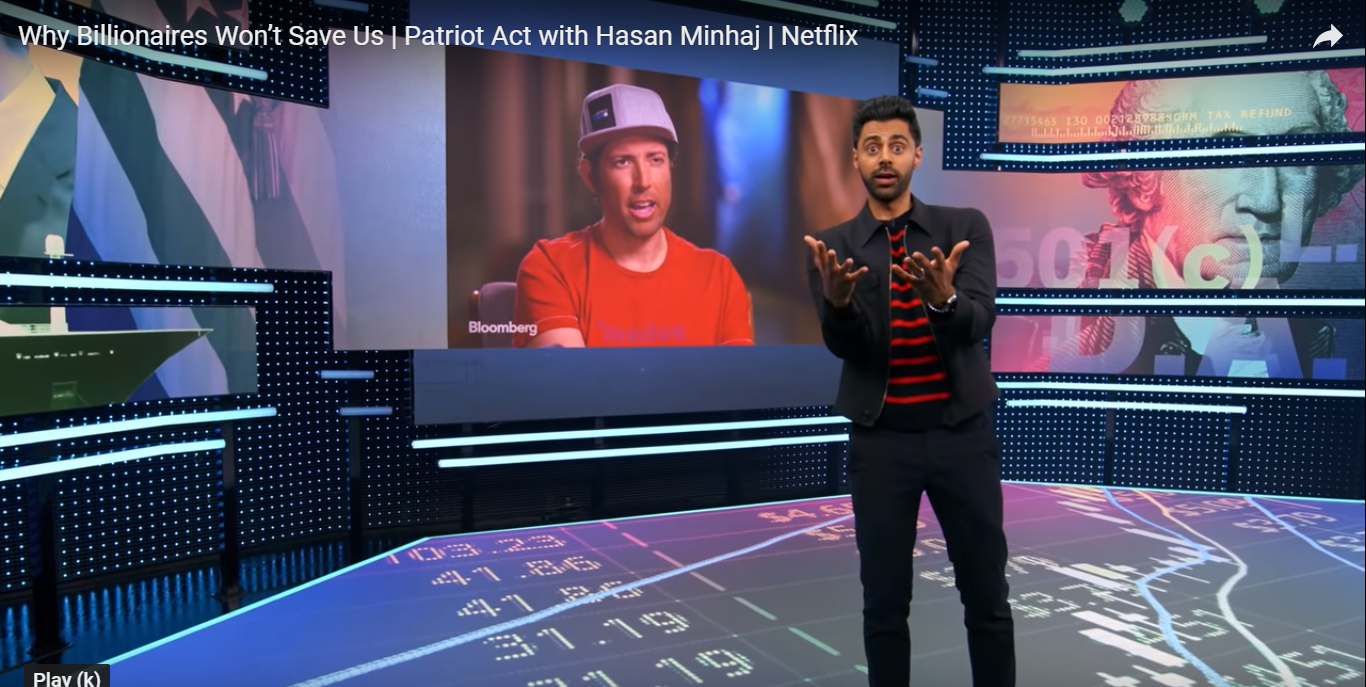 If you end up talking taxes over turkey this holiday season, here are some resources to help you make the case for tax justice.

PSI, a global union federation of public service workers, put together this video explaining how tax avoidance hurts every member of society andmaking the  case for unitary taxation of multinationals to prevent tax dodging through subsidiaries.

The Tax Justice Network has also produced a great infographic that breaks down this approach, known as unitary taxation, to taxing corporations based on the jurisdictions where they have an economic presence.

For the sports fans, this op-ed in the Toronto Star asks if we should celebrate Canadian athletes—like Canada’s top four male tennis pros who officially reside in Monte Carlo and the Bahamas—who avoid paying taxes in Canada.

And in case anyone still needs convincing that the very rich should pay more, comedian Hasan Minhaj explores the problem with billionaires in this funny and informative episode of his show, Patriot Act, available on Netflix.