When G7 Finance Ministers meet this weekend, they will discuss President Biden’s proposal to agree to a global minimum corporate tax rate. While other G7 countries have pledged support for this, Canada has remained silent.

Please sign our letter urging the federal government to introduce a wealth tax on the richest Canadians, apply an excess pandemic profits tax, and close tax loopholes for large corporations and the wealthy

Proponents of cutting the taxes of the rich commonly claim that it will encourage investment, leading to innovation, increased productivity, and jobs. There is effectively no evidence for these supposed benefits. Conversely, there is ample evidence that these cuts worsen inequality, which is associated with many social maladies.

Likeville Podcast host John Faithful Hamer in conversation with Darren Shore, Communications Coordinator for the advocacy group “Canadians for Tax Fairness,” about how the wealthy avoid paying their fair share, and what we can do to close the loopholes that make this possible.

Uber and Lyft avoid paying around $135 million per year in Canadian taxes, including around $81 million in avoided EI and CPP payroll taxes, and up to $54 million in avoided corporate taxes, according to a new report, “Uber-low taxes Lyft ride-sharing revenue”, by Canadians for Tax Fairness (C4TF).

Avoiding the Avoiders: CRA going easy on the ultra-rich

On June 22, Minister of National Revenue Diane Lebouthillier appeared before the Standing Committee on Finance to answer questions on the government’s efforts to crackdown on tax evasion and aggressive tax planning. ...

Amazon’s negligible tax bills, the millions of dollars it has received in tax breaks and subsidies over many years, the unfair advantage it thus maintains over local businesses, as well as its often-criticized labour practices and significant environmental impact, are explored in L’Envers d’Amazon, a new French-language documentary from Quebecor’s Investigative team. 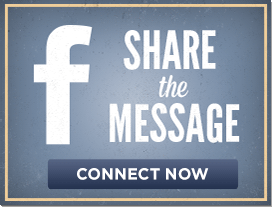