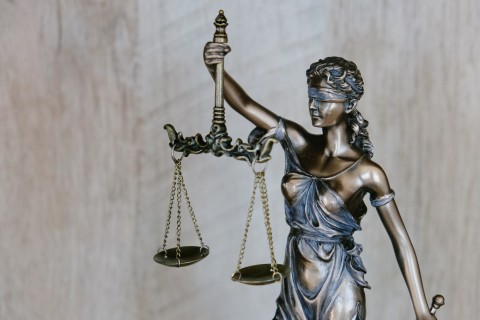 Presentation to Canada’s Senate Foreign Affairs and International Trade Committee, for Review of Bill C-82, An Act to implement a multilateral convention to implement tax treaty related measures to prevent base erosion and profit shifting
By Toby Sanger, Executive Director, Canadians for Tax Fairness
30 May 2019

Thank you very much, Madame Chair, and members of the committee. As I expect you know, international tax avoidance and evasion is a massive problem. The International Monetary Fund—hardly a wild-eyed or fringe organization—estimates that governments around the world lost well over $600 billion US in revenues to international corporate profit shifting—and that was for 2013.
The amounts today are probably closer to a trillion in Canadian dollars. That’s a lot of money, no matter what measure you use or how wealthy you are. The IMF estimates that OECD countries lose an average of 1% of GDP, which would be about $20 billion for Canada. Even if we take lower end estimates, the revenue losses for Canadian governments would be a minimum of $8 billion annually.
The CRA has taken Cameco Inc to court for $2 billion alone for taxes they avoided or evaded from shifting their profit to a very small Swiss subsidiary—and partly because our laws are so weak, Cameco won the last round.
This is all revenue that could pay for a lot of badly needed public services. But as massive as these revenue losses are, they’re not the only problem. This is also a fundamental issue of tax fairness. It’s the largest multinational corporations in the world that are most able to avoid taxes through the current system and consequently gain an unfair tax advantage over smaller and medium-sized Canadian businesses. This contributes to greater corporate concentration and less competition. It also contributes to corruption.
This legislation, Bill C-82, which enables Canada and other countries to effectively implement wholesale changes to their numerous bilateral tax treaties, is in general a very positive step forward. It’s an efficient way of consistently adjusting the thousands of bilateral tax treaties that have been signed between nations in order to implement a number of the action measures of the BEPS process.
88 countries have signed onto the MLI so far and 25 have already ratified it. Canada has indicated that 75 of our 93 tax treaties would be covered by it.
By having a generally consistent set of measures, the MLI will limit—but not eliminate—the practice of “treaty shopping.” The inclusion of a preamble and principal-purpose test (on an interim basis) could function as a strong anti-tax avoidance rule for those using countries such as Luxembourg or the Netherlands, which have ratified this.
However, Canada has a fairly lengthy list of reservations, provisions not adopted through this convention, including over transparent entities and hybrid entities. Other countries may have similar or different provisions, so this will be a bit of a multilayered patchwork. And for some reason we didn’t include our tax treaties with Switzerland or Germany as covered by this. So, for instance, this wouldn’t prevent the tax avoidance that Cameco practiced.
There are also many other ways multinational enterprises avoid taxes that won’t be addressed by this, including by using financing and intellectual property to shift profits.
While this Bill and other of the initial BEPS initiatives are positive, they are limited. As Christine Lagarde, the head of the IMF recently wrote, “The current international corporate tax architecture is fundamentally out of date,” the ease with which multinational corporations avoid taxes has undermined faith in the overall tax system, and “we clearly need a fundamental rethink of international taxation.”
Just this week, representatives of 129 nations discussed proposals for fundamental reform of our international corporate tax system. The arm’s length transfer-pricing system that underlies our international corporate tax system is so broken, complex, and ineffective that major countries around the world are leapfrogging it with a range of different measures to tax large digital corporations based on their sales or other measures of economic activity in their country.
The Canadian government hasn’t yet advocated any reforms, which is a pity, because we have some excellent experience to offer. The system we have had in place in Canada to allocate the taxable income of corporations between provinces for tax purposes using a formula based on sales and payroll is simple, straightforward, and has been highly successful for over 50 years.
The G24 group of countries is proposing something similar, together with unitary taxation of multinational enterprises, so they can’t use subsidiaries and affiliated companies to avoid taxes.
This is something I hope the Canadian government will strongly support, along with proposals to allow for a global minimum corporate tax, so we don’t have an ongoing race to the bottom with corporate income taxes.
In conclusion, while this Bill is a positive step, and I urge you to support it, we can and must take much bigger steps forward to develop a much more functional international corporate tax system. It doesn’t need to be complicated and in fact we should strive to make it far less complicated, so there’s a simple and level playing field around the world, so there are fewer opportunities for loopholes, and it is far fairer for all involved.