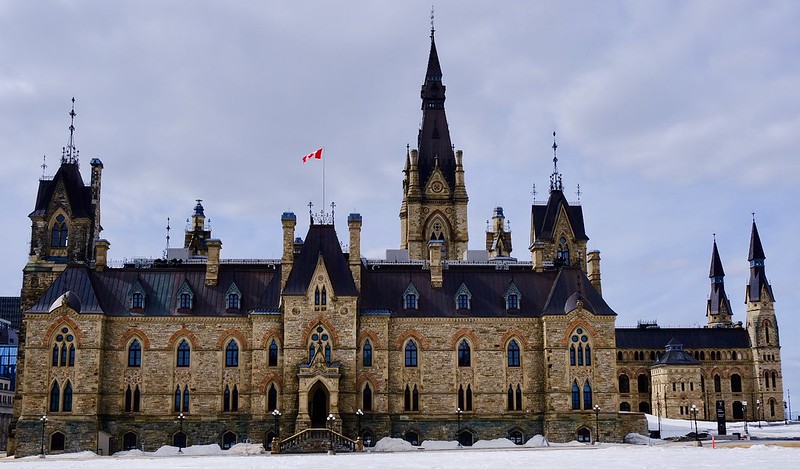 Election 2019 is over, and our work pushing tax fairness as a priority for Canada’s new parliament is starting again. We’ll soon be meeting with newly elected representatives to remind them voters haven’t forgotten about the need for greater tax fairness.

We want to thank all our supporters across the country for their help sharing our fact sheets, op-eds and media coverage throughout the campaign. We were especially impressed by the response to our Fair Tax Report Card, which was shared hundreds of times over on social media

A minority parliament is a unique opportunity to pressure decision-makers from all parties for more progressive tax policies. Canadians hope to see action on tax fairness as well, according to a post-election poll by Abacus Data. Forty-one percent of respondents want the Liberals and NDP to work together in the new minority government and a majority say they can accept it. Closing tax loopholes and raising taxes on the wealthy are among the issues Canadians wanted to see the two parties cooperate on. Abacus Data’s CEO told the Toronto Star the results show “broad support for a fairly progressive agenda coming out of this election and in a Parliament where the parties will have to work together to get significant things done.”

While the NDP and Greens had many progressive tax proposals in their platform, the Liberals’ promises were less impressive. The NDP can play a key role in pushing the Liberals to introduce more progressive tax measures.  Last week, Prime Minister Justin Trudeau said his priority when the House returns will be pushing through his promised tax cut. The Liberal plan takes a $6-billion bite out of federal revenues without doing much to help families who need it. “There are positive things that you can do with the tax system at the lower end, particularly if you use a refundable tax credit. This isn’t that,” C4TF director Toby Sanger pointed out in an interview this with Press Progress. A recent analysis by the Canadian Centre for Policy Alternatives found the tax exemption particularly benefits dual earning upper-middle class families making between $100K and $200K in family income. 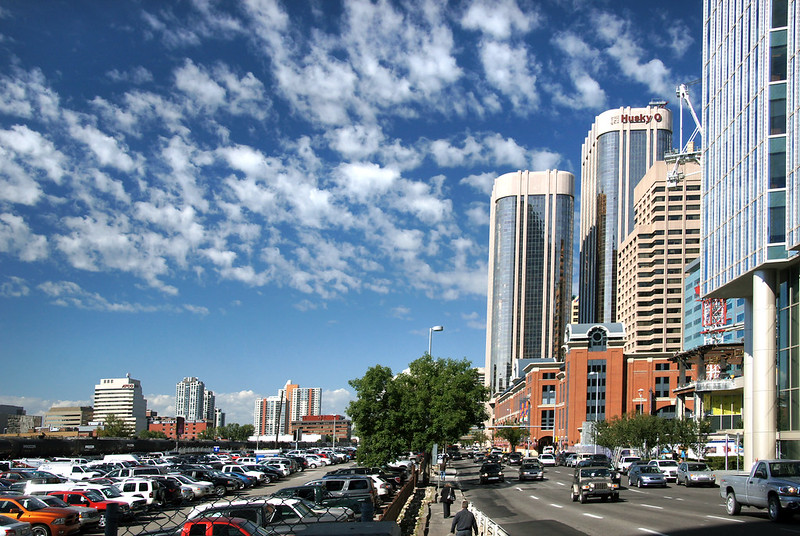 Calgary headquarters of Husky Energy, which recently laid off hundreds of workers. The majority foreign-owned corporation will benefit from the Alberta UCP’s corporate tax cuts in a budget delivered last week that will likely cost over a thousand jobs across the province. Bernard Spragg, flickr

Alberta’s October budget was one of the most regressive on record. It provided billions in corporate tax cuts to big, largely foreign-owned corporations, while increasing taxes on ordinary Albertans, cutting public and social spending, and cutting public sector wages.  Municipalities, universities and the disabled were also hard hit.

Premier Jason Kenney’s cuts are estimated to cost 1,588 jobs throughout the province while slashing credits and services for those who can least afford it. In the same breath, Kenney will blow $1.7 billion of provincial spending a year on corporate tax cuts.

As we pointed out last week in a press release and an op-ed this week in North 99, there’s an elite group of individuals who will benefit from the UCP’s plans—and many of them don’t even live in the province. Most of the corporations that will benefit from Kenney’s big business tax cut are foreign owned. That includes Imperial Oil, owned by Texas-based Exxon Mobil and Husky Energy, owned by the multi-billionaire Li Ka Shing of Hong Kong, which just laid off hundreds of workers in Calgary.

The UCP’s multi-billion big business tax cut and other business-friendly moves also didn't do anything to prevent Encana Corp from moving to the U.S.--and his deep cuts will do a lot more damage to Albertans and the province’s economy.

The corporate tax cuts alone will cost $1,000 per household each year– a hefty price for a measure that doesn’t guarantee either significant job creation or growth. Multiple studies in the US have found US President Trump’s cuts aren’t generating the economic gains they promised. Public spending, especially on health care, education, community services and infrastructure, has a far stronger positive economic impact than corporate tax cuts. 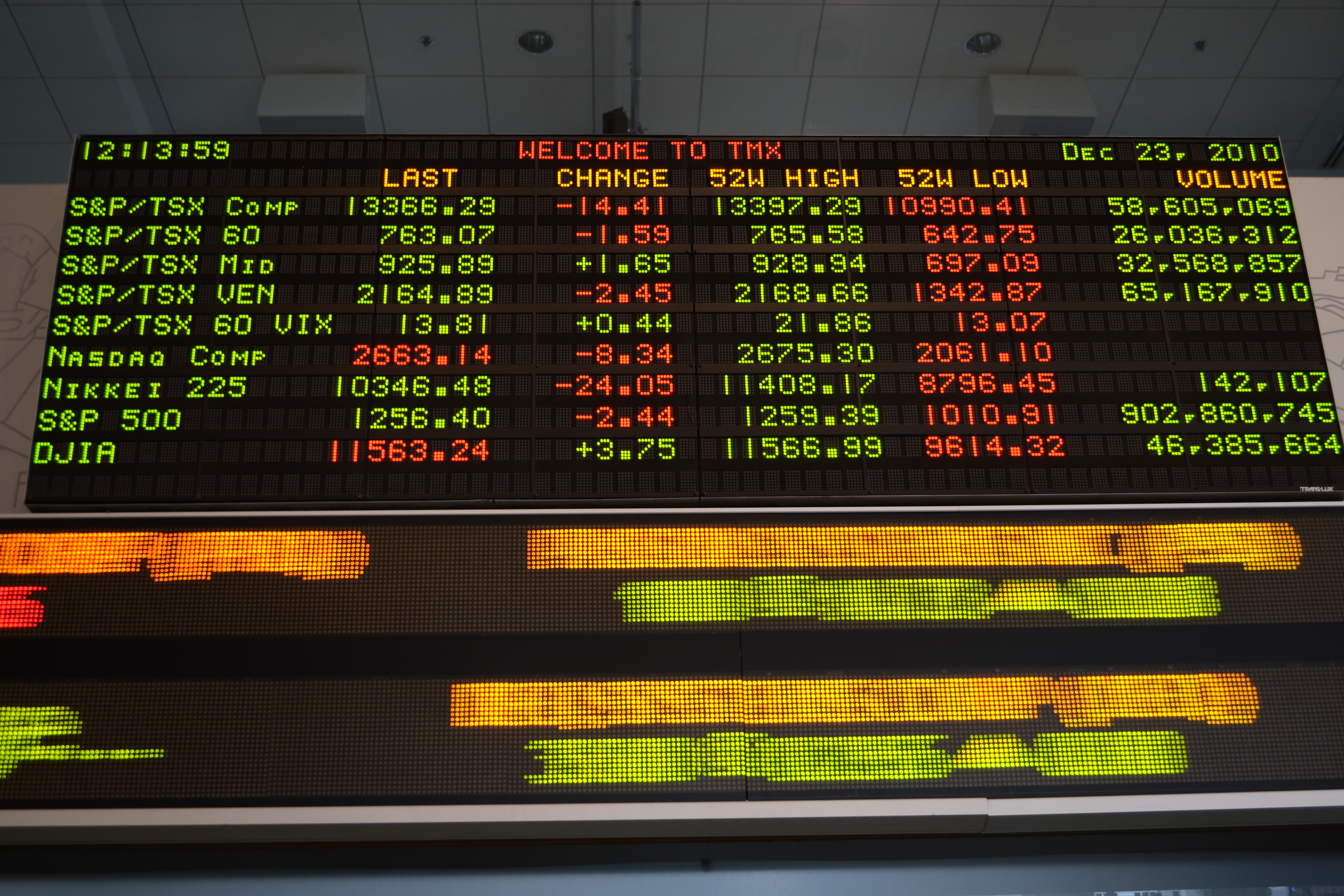 While business lobbyists’ calls to simplify the tax system have focused on tax breaks for corporations and the wealthy, one of the first steps to modernizing our tax system is to eliminate regressive tax loopholes like the stock option deduction that cost the federal and provincial governments $1 billion every year. Rayson Ho, Creative Commons

Closing loopholes a better approach to simplifying the tax system:

Canada’s lobby club for big business CEOs—the Business Council of Canada—is calling on the federal government to “modernize and simplify the tax system” with a comprehensive review to reduce its complexity.

It certainly sounds like a good idea on the surface, but the CEOs say it should be an independent review aimed at strengthening Canada’s ability to “attract and retain business investment and talent.” This type of language is usually code for tax cuts for corporations and top incomes.

Canadian corporations don’t have a shortage of capital. They have over $500 billion in excess cash they aren’t investing in the economy, even with interest rates at rock-bottom levels. Thanks to Canada’s high-ranking quality of life, we don’t have a problem attracting talent, who consider much more than just tax rates on their list of priorities.

One of the worst loopholes is a tax avoidance measure that these CEOs would be intimately familiar with, the stock option deduction.  This loophole costs federal and provincial governments close to $1 billion annually. Over 90% of the benefits go to the top 1% and two-thirds go to the top 0.01%. In fact, two of the CEOs leading this study for the Business Council enjoy a combined $30 million in tax-free income thanks to the loophole.

If Canada’s CEOs really want to “modernize and simplify” the tax system, they can start in their own backyard. Eliminating their costly stock option deduction loophole should be the first step. 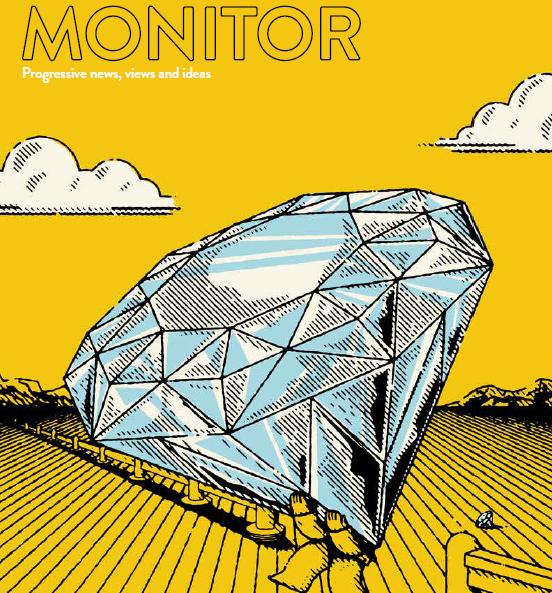 This month’s issue of the CCPA’s Monitor magazine is a special issue on tax fairness.  We partnered with the Canadian Centre for Policy Alternatives on a special tax fairness edition of the CCPA’s long-running Monitor magazine. More than a dozen different authors have contributed stories on a range of issues from the wealth tax and international corporate tax reform to gender-balanced tax policies and money laundering. You can read it online here. 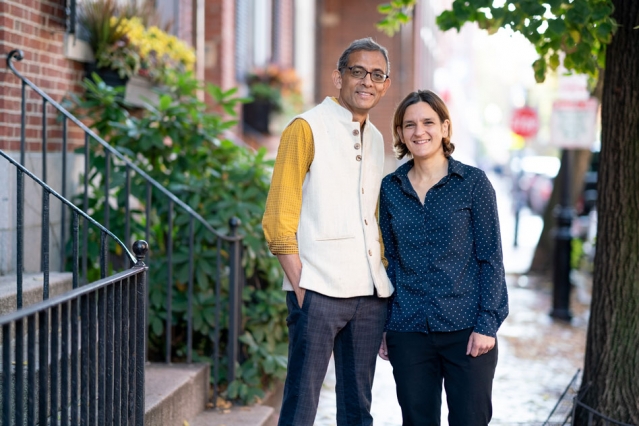 If the federal election and bad budget in Alberta has you feeling down, here’s some uplifting news: two economists calling for higher taxes on the rich just landed a Nobel prize.

Abhijit Banerjee and Esther Duflo, who co-authored an excellent column in the Guardian this week, spent their careers studying the poor – and how good economics can help reduce poverty. They’ve written book on the subject titled “Good Economics for Hard Times.” As  Banerjee told Bloomberg this week, “You don’t boost growth by cutting taxes, you do that by giving money to people.”

It’s another sign that experts around the globe –even traditionally right or centre-leaning ones—are recognizing the tax system needs to change if countries are going to fix rising inequality. The tax the rich movement continues to pick up surprising supporters.

This week, a young millionaire Google executive endorsed US Senator Bernie Sanders’ plans to tax the country’s wealthiest. The 23-year old took to Twitter to point out that average Americans work twice as hard as the very rich but get paid scraps. “It ain't right. Tax me whatever's necessary,” he tweeted.

Just two days before the federal election, a fascinating op-ed in Canada’s Walrus magazine also weighed in on the issue, exploring how extreme wealth not only hurts those at the bottom, but the 1 percent whose children can inherit as many problematic tendencies as they do privilege.

With the federal election campaign behind us, we’ll be focusing more of our efforts on outreach with the new government, media and research, as well as some special tax fairness projects (stay tuned). To prioritize this work, we’ll be reducing the frequency of our newsletters from weekly to once or twice a month. We hope you’ll continue to send us feedback and ideas on tax issues you want to see profiled in the newsletter and our work.