Explainer: What are tax brackets and marginal rates? 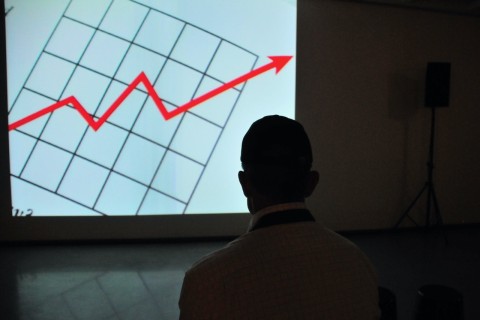 “I got a raise, but it put me in the next tax bracket, so I’m actually losing money!”

Have you ever heard a variation of this claim? It is wrong. Being paid more will not result in lower take-home pay because you move into a higher tax bracket.

This notion is based on a misunderstanding of how tax brackets work.

For instance, the federal NDP recently announced that, if elected to government, they would raise the top marginal rate on anyone making over $214,638 from 33% to 35%. That doesn’t mean anyone earning more than $214,638 will pay more on all of their income. It only means they will pay more on the portion of taxable income above $214,368.

Tax brackets only apply to segments of income, not segments of the income-earning population.

Imagine that you currently have taxable income of $150,000.

Your income crosses the two lowest tax brackets, and most of the third.

After relevant tax credits are applied, the take home will almost certainly be even higher.

See below for a visual presentation of the above.

Before the raise, your marginal tax rate was 26%, because it applied to the top margin of your income. But your average tax rate was 20.7%.

After the raise, your marginal rate rose to 29%, but your average rate only increased to 20.9%! That's an 0.2% increase on the amount of tax you pay on your entire income.

Again, all of this is before the application of credits that will reduce your final tax bill. The basic personal allowance alone will save you more than $1,900 overall. 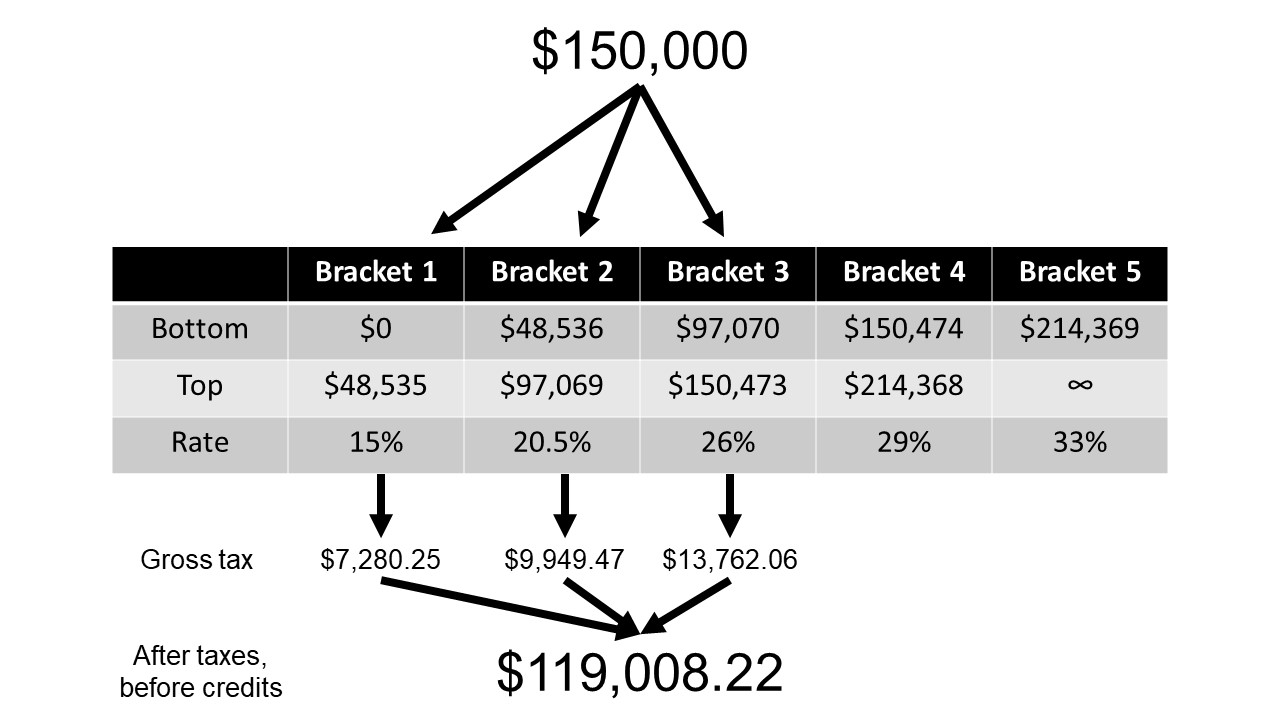 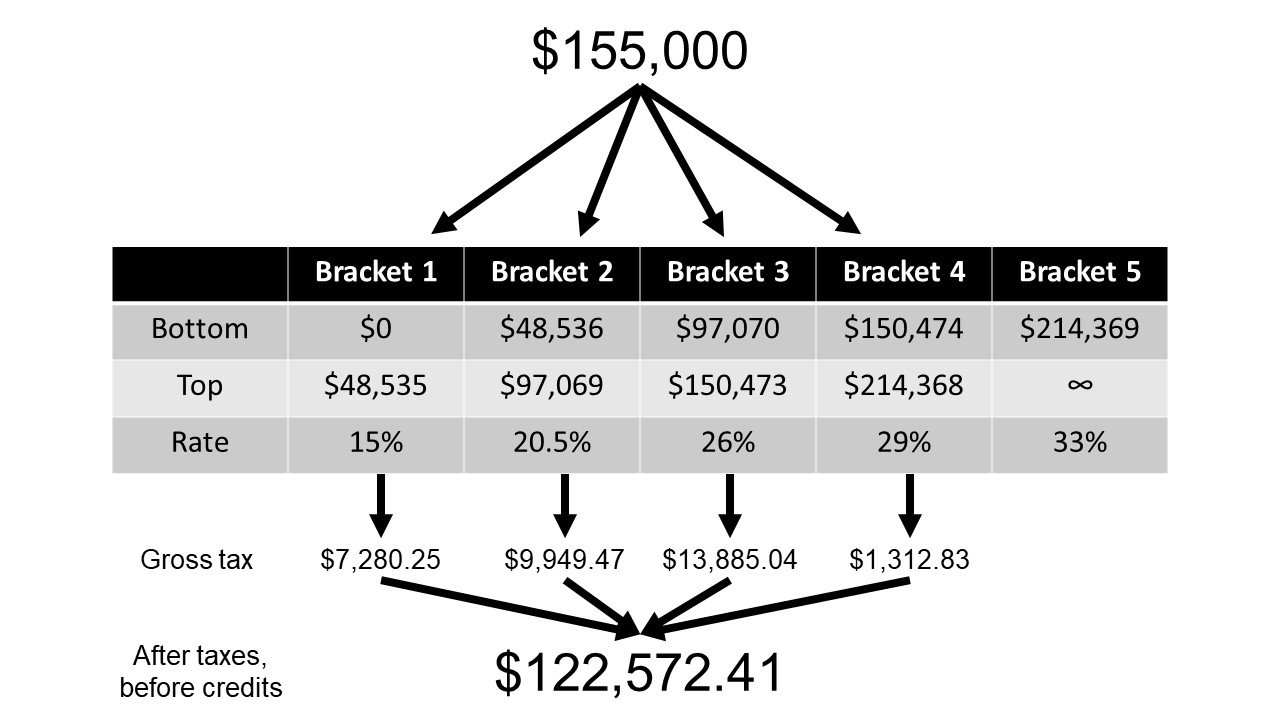 [Photo by Frank Busch on Unsplash]