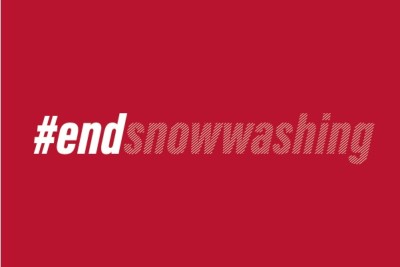 The federal government confirmed an accelerated timeline for a company beneficial ownership registry and made a new announcement for a registry of real property as part of Budget 2022. This is a game-changing win against corruption and is enthusiastically applauded by a coalition of civil society organizations – Publish What You Pay Canada, Transparency International Canada, and Canadians For Tax Fairness.

“We applaud Minister Freeland’s commitment to implementing these two registries because they can deter hundreds of millions to billions of dollars of illicit funds from entering Canada through shell companies and properties each year,” says Sasha Caldera, Beneficial Ownership Campaign Manager at Publish What You Pay Canada. “Publicly accessible registries complement existing sanctions and send a powerful message to criminals everywhere: Canada will no longer be a dumping ground for your dirty money.”

Canada has a notorious reputation as a country where it is easy to hide dirty money, dodge taxes, and fund illegal activity from abroad, known as ‘snow-washing’. Civil society, industry associations, and experts, including former RCMP officials, have recommended implementing publicly accessible beneficial ownership registries as a means to combat snow-washing. Without a comprehensive registry that is publicly accessible, criminals can avoid detection even if they are on sanctions lists. Money laundering of this volume perpetuates Canada’s opioid crisis and undermines government tax revenues worldwide. Laundered funds also distort Canada’s housing market and take away much needed supply.

“Canada is being actively marketed by international consultants to their clientele as a secrecy jurisdiction to hide dirty money and dodge taxes,” said James Cohen, Executive Director of Transparency International Canada. “It’s great to see the government boost the priority on ending Canada’s ‘snow-washing’ image. Provinces need to get on board with this, as no one wants to be Canada’s hold-out secrecy jurisdiction.”

Moving forward, the coalition encourages the Canadian government to learn from international peers in the UK and EU, who are already implementing public corporate registries. The coalition urges Canada’s large provinces, especially British Columbia and Ontario, to participate in a federal-led scaled registry that is publicly accessible. The coalition seeks for Canada to have a strong registrar, with penalties, meaningful data validation and verification mechanisms in the registry itself.

About us: The End Snow-Washing Coalition is composed of three civil society organizations, who advocate for a publicly accessible, pan-Canadian, company registry of beneficial owners. Members include Publish What You Pay Canada, Transparency International Canada, and Canadians For Tax Fairness.