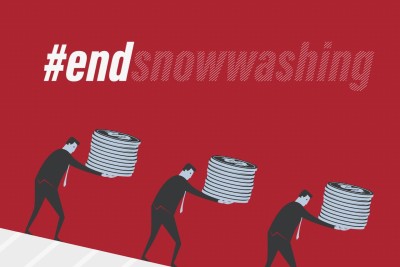 The End Snow-Washing Coalition (Transparency International Canada, Publish What You Pay Canada, and Canadians for Tax Fairness) enthusiastically applauds the announcement by the Federal Government and The New Democratic Party (NDP) to fast-track the delivery of a publicly accessible beneficial ownership registry by 2023.

As provinces and territories possess the vast majority of registered incorporated entities in Canada, a pan-Canadian framework, led by the Federal Government, is needed as the natural next step to make the registry fulfill its anti-money laundering objectives.

“Many provinces have been awaiting federal guidance on this file and a pan-Canadian agreement will make the registry cover as many incorporated entities as possible. Canada can start with a group of willing provinces to begin with, and we expect other provinces will join in given the due-diligence benefits of a registry,” said Sasha Caldera, Campaign Manager at Publish What You Pay Canada.

Further details on how to technically and legislatively implement a publicly accessible beneficial ownership registry, including working in Canada’s federated system, are outlined in the Coalition report, Implementing a Publicly Accessible Pan-Canadian Registry of Beneficial Ownership.

Experts in Canada estimate that between $45-$113 billion is laundered through Canada. These are stolen funds by criminals and corrupt foreign officials, including Russian oligarchs with ties to President Putin, who launder money through secret shell companies to finance their operations. Without a comprehensive beneficial ownership registry that is publicly accessible, criminals can avoid detection even if they are on sanctions lists. Money laundering of this volume perpetuates Canada’s opioid crisis and undermines government tax revenues worldwide. Laundered funds also distort Canada’s housing market by artificially increasing housing prices and taking away supply.

“Snow-washing has no economic benefit to Canada, so the government is doing the right thing by moving more quickly on a public beneficial ownership registry,” said Dr. DT Cochrane, economist with Canadians for Tax Fairness. “There’s no excuse for depriving other countries of their own tax bases or ignoring the secrecy that leads to so many problems, both here and abroad.”