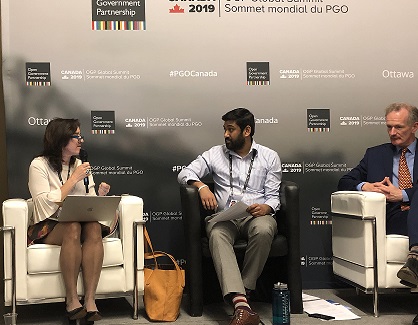 International corruption and the tools governments need to fight it were hot topics at the annual Open Government Partnership Summit this week. Representatives and stakeholders from more than 79 countries gathered in Ottawa to explore how governments can improve transparency and democracy. In many countries, especially Canada, criminals can easily hide behind anonymous companies. But a public registry that lists the real owners of those companies would go a long way in deterring illicit activity, according to experts at a panel hosted by Canadians for Tax Fairness, Transparency International Canada, and Publish What You Pay Canada.

Countries around the world are dealing with an infectious and escalating problem. Law enforcement officials in the US last week urged the Senate to shine a light on corruption with an open registry.

The summit comes at an especially critical time for Canada, which is facing a money laundering problem that is “far bigger than we think”, says Kevin Comeau in this week’s Financial Post op-ed.

BC has taken a big step with plans to create the first public registry in Canada. Pressure is building on other provinces and the federal government to do the same. Canadians for Tax Fairness has asked supporters to tell our Finance Ministers that it’s time to lift the veil on anonymous companies. 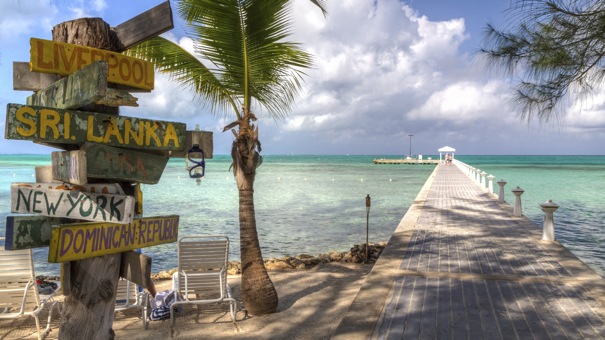 As officials from more than 100 countries gather at the OECD  this week to discuss international tax reform, the Tax Justice Network launched the Corporate Tax Haven Index -- a ranking of the world’s worst offenders of tax avoidance. The British Virgin Islands, Bermuda and the Cayman Islands topped list, which also included notorious havens Switzerland and Luxembourg in the top 10.

The index of 64 regions was compiled using criteria such as how countries facilitate global tax avoidance and the scale of corporate activity. Canada was not included, but major OECD countries such as the US and Germany were. An article in the Guardian blasted the UK for being the biggest enabler of tax avoidance.

TJN plans to publish the index every two years and expand its scope to other geographic areas. The network already publishes a Financial Secrecy Index, which ranks countries according to lack of transparency and scale of offshore financial activities. In their last secrecy index, Canada placed 21st, just above the UK and Ireland. 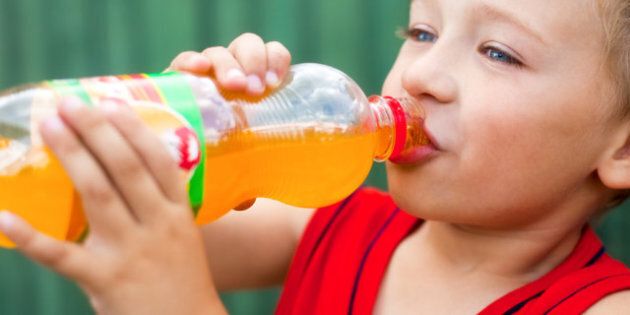 Liberals float idea of soda tax, Conservatives not sweet on it

Some Liberal MPs are pushing for a tax on sugary drinks to be included in the party’s fall election platform. CBC News uncovered a list of Liberal platform priorities could include a soda tax pitched by Ajax, Ontario MP Mark Holland. The former Heart and Stroke executive suggests a 20 percent levy on sugary beverages would bring in $ 29.6-billion in revenues over 25 years -- enough to fund a national healthy eating strategy in schools and deter health problems associated with high-sugar diets.

Sugar taxes have grabbed international headlines in recent years thanks to high-profile endorsements from health advocates like celebrity chef Jamie Oliver who successfully lobbied for a ‘Sugar Tax’ in the UK.

The UK’s Soft Drinks Industry Levy in 2018 forced manufacturers to pay between 18p to 24p per litre of drink depending on the grams of sugar. The government reported more than half of companies reduced sugar levels after the tax, which also raised £$154-million of revenue in the first seven months to fund healthy initiatives in schools.  Other countries such as France and Mexico have brought in similar taxes and some American cities including Seattle and Philadelphia have implemented a tax on distributors of sugary drinks.

Conservative leader Andrew Scheer was quick to attack the sugar levy proposal, claiming that another tax is not what voters want, a message the party has repeatedly used to criticize Canada’s carbon pricing plan. Sugar tax or not, expect taxes to figure prominently in all the major parties’ platforms this fall election. Scheer, who had previously campaigned on a promise to balance the budget after two years in office, recently  rolled back that vow, saying it’ll take five years. A Globe editorial speculates this week Scheer’s back-tracking indicates the party is preparing to dole out a series of tax cut promises in the coming campaign. 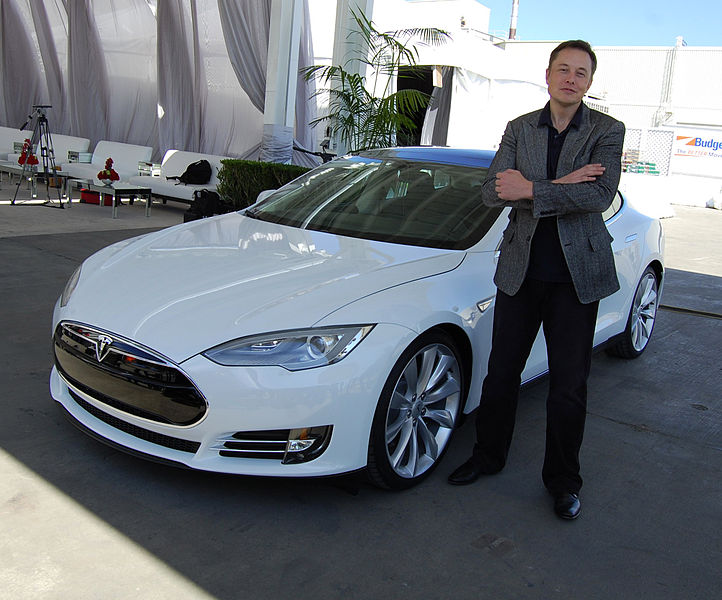 CEO pay is skyrocketing at twice the rate of workers’ wages, a New York Times article reports this week. The newspaper’s annual listing of the 200 highest paid CEOs found record levels of compensation for executives despite only modest increases in average worker salaries. On the heels of a stronger economy and US President Trump’s corporate tax cuts, the median CEO was given a 6.3 percent raise of $1.1 million while the average worker only took home a 3.2 percent increase – an extra 84 cents per hour. Tesla’s Elon Musk ranked number one on the list with a $2.3 billion pay package that would take his income along with his Space X rockets to stratospheric levels. Executives from big companies such as Disney, Discovery, and T-Mobile were also high on the list, which included only eight women. The findings highlight a deepening wealth disparity and reveal how corporate tax cuts, such as the ones being rolled out in Alberta, only serve to make the rich richer. In an Edmonton Journal story this week, Canadian economists recently weighed in on the province’s so-called “job-creation tax cuts” and suggested the unproven link be taken with a grain of salt. 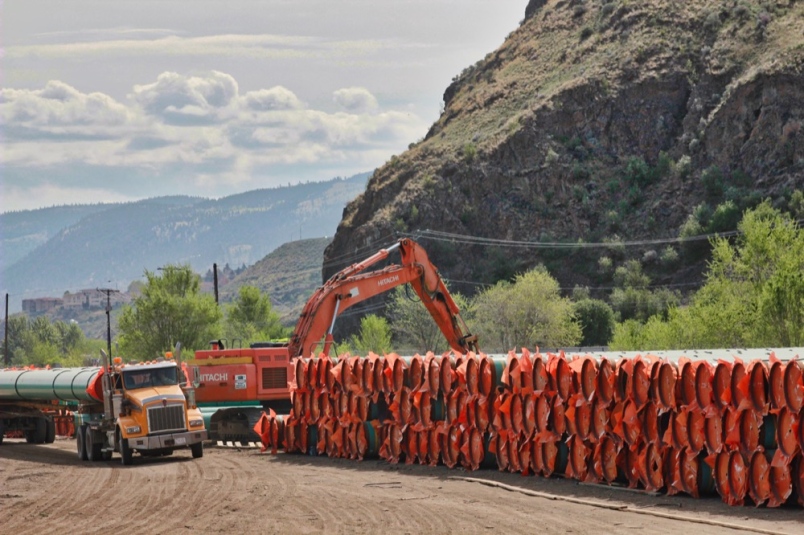 Pipe for the Trans Mountain expansion is stacked on the side of the road in Kamloops, B.C. Credit: Dave Eagles

A great piece last weekend on CBC the Sunday edition explored how much money corporations receive from the federal government through subsidies – and how little of that information is available to the public. Businesses pocket $129 billion a year in federal and provincial government subsidies through the form of tax expenditures and other spending programs. But as the broadcaster points out, Canada isn’t as generous in other areas, ranking low on the list of social spending by OECD nations in relation to GDP.

When it comes to corporate welfare handouts, household names like Bombardier and General Motors may spring to mind, but Canada’s oil and gas sector is a major beneficiary and that’s not even including the government-purchased Trans Mountain pipeline. Alberta tops the list with $640-per person subsidies in the 2014-15 year, followed by Quebec. The data comes from research by John Lester at the University of Calgary School of Public Policy, who tells CBC that compiling the numbers was incredibly difficult due to the lack of accessible information. Earlier this year, The Energy Mix website provided some breakdowns of how much the federal government has spent on the oil and gas industry alone. An article in the Narwhal this week also explores how generous tax credits in BC have helped the mining sector.

C4TF supports an end to fossil fuel subsidies but the government also needs to take a broader look at all spending measures and determine who they truly benefit. 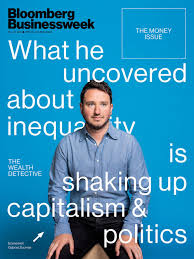 The cover of Bloomberg Businessweek, which this week featured Gabriel Zucman and his contributions to exposing offshore tax avoidance.

Recommended read: Bloomberg Businessweek has an excellent cover story and profile of economist Gabriel Zucman, the “detective” who scours data to find the ultra rich’s hidden money. Zucman, the author of “The Hidden Wealth of Nations” and a member of the Independent Commission for the Reform of International Corporate Taxation, has done groundbreaking research both uncovering how wealthy the superrich are estimating how much they are stowing offshore.  He and fellow economist Emmanuel Saez have also provided advice and support to U.S. Senators Elizabeth Warren and Bernie Sanders and Congresswoman Alexandria Ocasio-Cortez on their progressive tax proposals.

Saez and Zucman have a new book, The Triumph of Injustice, that will be published early next year about how the rich dodge taxes and how to make them pay.