Explainer: What is the capital gains exclusion loophole? 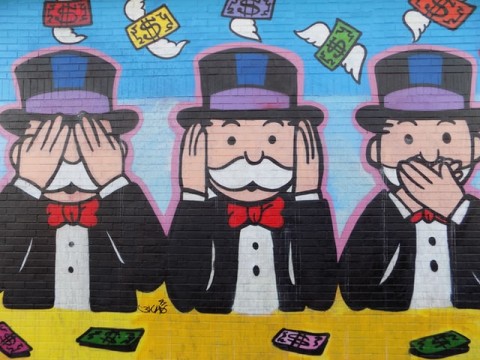 WHAT IS A CAPITAL GAIN AND WHAT IS CAPITAL PROPERTY?

Capital includes any property or asset that can increase in value, such as a house that isn’t your primary residence [1], land, a vehicle, shares in a company, or another asset with monetary value.

ONLY HALF IS TAXED

Capital gains are categorized as income, but Canadian tax policy mandates that only 50% of your capital gains be included in your taxable income.

As you can see, individuals and corporations who have income through capital gains get half of it tax free, while everyone else pays the full rate of tax on the income they earn from actually working.

These tax policies and implications around capital gains have a significant impact on tax preparation and how people report their income.

Here is how capital gains are calculated on an income tax return:

EXAMPLE #2: Let’s say that in 2021, real estate investor Mr. Manypads sold two investment properties for proceeds of $4 million, received the full proceeds at the time of the sale, and paid $50,000 in selling expenses. The price he paid to acquire the two properties (adjusted cost base) in 2019 was $2 million. Mr. Manypads would calculate his capital gain as follows:

Because only half of the capital gain is taxable, Mr. Manypads would report $975,000 as his taxable capital gain on his income tax and benefit return.

So, how does a capital gain affect someone's tax return, when compared to other types of income like employment and rental income?

EXAMPLE #3:  Let’s look at an example of two individuals, one with capital gains and one without. We’ll only look at federal tax for the purpose of this example. Mr. Earnit has $50,000 in employment income. Ms. Gotgains has $100,000 in capital gains income.

Even though Ms. Gotgains has twice as much gross income as Mr. Earnit, they are both paying the same amount of tax.

The advantage of capital gains income and the inclusion rate becomes stark when you extrapolate the numbers to the ludicrous gains that wealthy individuals and corporations are able to achieve, and use to avoid fully paying taxes.

THE 50% RATE BENEFITS THE VERY RICH

Because only half of capital gains income is subject to tax, many wealthy individuals and corporations invest highly in capital property and assets because they can lower their taxable income and avoid paying higher taxes when they sell.

Meanwhile, wealthy people can also avoid capital gains taxes by donating capital property after sale, and by offsetting their gains against their losses - in some cases thus paying zero tax on any of the gains.

HOW IS THIS LOOPHOLE UNFAIR?

This loophole actually costs the federal government over $22 billion annually [3], while costing provincial governments billions as well. That’s enough money to pay for the 2020 federal education budget ($10 billion) twice over. Therefore, this loophole perpetuates a system where the rich get richer at the expense of the rest of us.

The loophole also affects housing affordability by incentivizing real-estate investment by large corporations and wealthy investors, thus creating market pressure while costing the government money it could use to increase housing supply.

HOW DO WE MAKE THE SYSTEM FAIRER?

The solution is simple.

We should tax all income equally by raising the capital gains inclusion rate to 100%.

A buck is a buck.

[1] While a house is considered capital property, capital gains tax is only paid when the house is not your principal residence. If you sell your only home or a property that has been considered your primary residence for the period you owned it, you don’t pay tax on the gains. Any other house is subject to the 50% capital gains tax.

[2] Technically, it’s a capital gain when you ‘sell capital property for more than that property’s adjusted cost base, including the expenses incurred in the selling process.’ The adjusted cost base of a property is the cost of the purchase plus any costs incurred in the purchasing process such as commission or legal fees. The CRA website has a more extensive and complex explanation of this material.

[3] Report on Federal Tax Expenditures – Concepts, Estimates and Evaluations 2020: part 2 op cit. This amount is for the general 50% inclusion rate of capital gains for personal income, corporate incomes and for trusts.  There are a number of other tax breaks for other forms of capital gains income.