Explainer: What is the stock option deduction loophole? 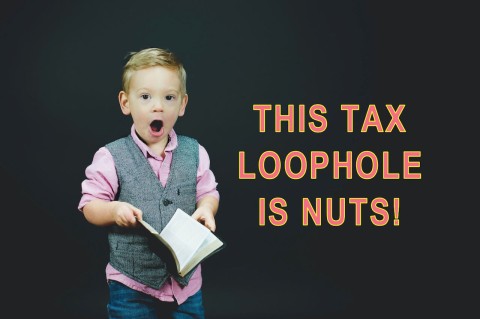 The stock option deduction loophole is one of the most unfair and regressive tax loopholes of all.

Stock options get treated like capital gains. That means it allows those with stock options to pay tax at half the rate everyone else pays on their employment income.

Most of the people benefitting from this loophole are already rich executives who receive stock options as a form of compensation. In fact, over 90% of the value of this $840 million tax loophole goes to the top 1%: those making over $250,000 a year.

However, in 2021, Canada introduced a new limitation on stock options. Now, individuals can only claim stock options up to $200,000 per year from any given public corporation to be taxed at 50%. [1]

Though this new limit will hopefully lead to more taxation of the ultra-rich, most of the individuals in the top 1% will be unaffected. This limit also does not address the larger problem that wealthy individuals can sell their shares for capital gains and pay half the tax that way.

HOW DOES THE STOCK OPTION DEDUCTION LOOPHOLE WORK?

A stock option is a way of compensating employees without directly paying them. Essentially, instead of giving an employee a higher salary, the employer can allow an employee to buy shares of their company at a discounted price (called a strike price), compared to the price they would pay if they bought those shares on the stock market. Then, employees can hold onto the shares for a certain period of time (called the vesting period), and eventually sell them for a profit.

The intention of a stock option is to motivate employees to take greater interest in the success of the business, and to incentivize staying longer with the company - to “vest” their shares so they can eventually sell them.

The stock option deduction has a double benefit for employees receiving stock-based compensation:

The deduction was initially put in place to help raise money for startups, but has since been twisted to meet the desires of the ultra-rich.

WHY IS THE STOCK OPTION DEDUCTION LOOPHOLE UNFAIR?

Also, many of these corporate executives end up getting huge portions of their income as stock options.

As you can see, this loophole allows executives to earn more capital gains income than employment income. Since capital gains are only taxed at 50%, that means these rich CEOs are only paying full tax on a small portion of their income.

With such astronomical “compensation” for the people who use this loophole, the government loses out on huge revenues, which then can’t go into public services that benefit everyone.

The stock option deduction loophole is also economically damaging. It creates a lucrative incentive for those in the executive suite to put corporate profits into share buybacks, thereby boosting the value of their own compensation, instead of making real investments in the economy that would create jobs and prosperity. [3]

Meanwhile, this loophole keeps making inequality worse by cyclically growing and keeping the wealth of corporations in the hands of the wealthiest few.

Also, there are ways to get around the new limit on stock options, such as:

CAN WE MAKE THIS LOOPHOLE FAIR?

However, even with this new limit, the stock option deduction loophole remains unfair, not least because the vast majority of earners in the 1% will not exceed this new limit and thus remain unaffected. Furthermore, all earners of stock options will still collect their capital gains taxed at 50% when they sell their shares. Thus, there is still a high incentive to choose stock options as a prominent form of income.

The only real way to make this loophole fairer is to eliminate the stock option deduction loophole altogether, and ensure that stock option income is taxed at the same rate as wages.

For those interested in how the stock option deduction loophole works, the following section details exactly how it is calculated and reported on a tax return.

WHAT IS A STOCK OPTION?

There are two types of stock options for two different scenarios.

Scenario 1: Mrs. Vesting works for a small privately owned business in her local community. She would be offered to buy Incentive Stock Options in that company. This type of stock option would go as follows:

Scenario 2: Mrs. Vesting gets hired at a large publicly traded corporation and they offer her a stock option as part of her compensation. This type of stock option is called a Non-statutory Stock Option (or Non-qualifies) and would go as follows:

WHAT ARE THE TAX IMPLICATIONS?

EXAMPLE 1: Mr. Qualifies is promoted to an executive position at Stock Options Inc. and is given two choices for his compensation package:

He wants to figure out which option would avoid paying more tax:

After the two year vesting period is up, the market value of the shares is now $280 per share. Ms. Strike chooses to sell her shares in the third year. Here is the tax implication:

If Mr. Qualifies chooses Option 2 to get stock options, in the three year period of the option, he would pay $20,551 less in taxes for the same amount of total income.

EXAMPLE 2: If Exemption Corporation was a large public company with executives that still wanted to receive major stock options, there are a couple things they could do to work around the new rules.

[1]  Any options beyond that limit can still be claimed, but they will be taxed fully. This however, does not apply to options issued by private companies and small businesses.

[3] Roger Martin, former dean of U of T’s management school and director of the Martin Prosperity Institute, wrote a book called Fixing the Game, calling to eliminate the loophole

[4] Most Private Canadian Corporations and small businesses with net income less than $500,000 are exempt from the $200,000 limit.

[7]  Under paragraph 110(1)(d), the employee may deduct half of the ESO benefit when computing taxable income if: (1) the employee received common shares upon exercising the employee stock option; (2) the employee dealt at arm’s length with the employer; and (3) the ESO option price (including any amount paid to acquire the ESO) wasn’t less than the fair market value of the underlying shares at the time that the option was granted.  https://taxpage.com/articles-and-tips/employee-stock-options-tax-implications/

[8] The tax benefit is not included in total income because it is not money received by the employee at the time of exercising the option. It is an implied benefit of the discount they received on buying their shares.

{Photo by Ben White on Unsplash}