Explainer: What's the difference between tax avoidance and tax evasion? 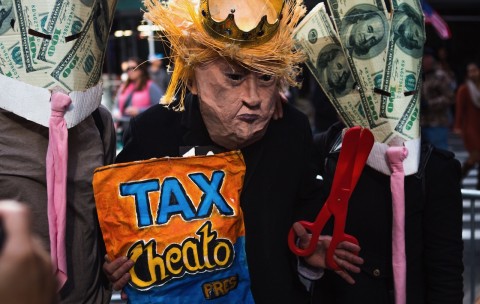 Tax dodging is an umbrella term that includes both tax evasion and tax avoidance. Tax evasion is unambiguously illegal, while tax avoidance describes activities that violate the intent of the law, though not the letter.

Outright “tax evasion” involves concealing income or assets, or by making false statements to deliberately avoid tax on them. Tax evasion violates the object, spirit and letter of the law. Both tax advisors and taxpayers can be prosecuted because the law specifies that every person who has “made, or participated in, assented to or acquiesced in the making of, false or deceptive statements in a return, certificate, statement or answer filed or made as required by or under this Act or a regulation, … is guilty of an offence." However, up to now, advisors have faced "administrative" penalties instead of the full brunt of the law.

The CRA defines tax avoidance as any taxpayer activity that minimizes tax payable by contravening the object and spirit—but not necessarily the letter—of the law. It occurs when the taxpayer does not provide false information to the CRA, but the provisions of the law are used in a manner that was not intended by Parliament. Tax avoidance includes “all unacceptable and abusive tax planning.” However, there is a large gray area and the taxpayer is deemed to be innocent if it is unclear whether abusive tax avoidance has occurred.

Tax laws are notoriously complex. Canada’s Income Tax Act, containing both the English and French text, is 3,308 pages long. That complexity is exploited by wealthy individuals, families, and corporations to lower their taxes. There are far too many lawyers and accountants whose job is to bend the laws and avoid the taxes.

Because of the complexity of tax laws, the line where tax avoidance efforts become illegal is not cut-and-dried. There is a great deal of legal wrangling between the CRA and taxpayers over whether or not some tax planning effort is acceptable. The wealthy are increasingly digging in their heels and fighting tooth-and-nail to preserve their tax reductions. In one case, the CRA resorted to writing off $133 million in taxes owed by a single individual.

Our tax law contains the General Anti-Avoidance Rule (GAAR), to which the CRA can appeal when dealing with unanticipated circumstances. The GAAR provides the CRA with broad powers to challenge tax avoidance activities including those of financial advisors who set up schemes to hide their clients' or employers' money. The 2021 federal budget reaffirmed the government’s plan to “strengthen and modernize Canada’s general anti-avoidance rule.”

Canada has a system of self-reporting. It counts on adherence to the spirit and intention of the law. But over the years, the CRA lost its capacity to adequately check on that reporting. According to the Parliamentary Budget Officer, Canada loses $25 billion a year just to international tax avoidance and evasion.

Despite high-profile leaks of information on international tax dodging, such as the Panama Papers and the Paradise Papers, Canada has yet to prosecute a single individual for tax evasion. This is due to both long-term under-funding of the CRA’s investigative unit and the failure of the government to identify and close tax-avoiding loopholes.

Among the roles of C4TF is to identify loopholes exploited by the wealthy and advocate for their elimination, whether through greater investigation and enforcement by the CRA or through legal changes by government.

{Image by John McArthur on Unsplash.}