Explainer: What's the difference between tax deductions and tax credits? 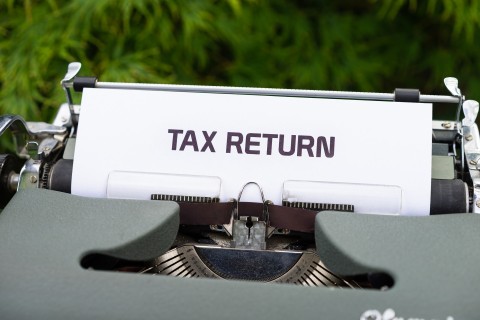 Often, when someone in Canada refers to a “tax deduction” what they actually mean is a “tax credit.” This habit is so common that it even showed up in the Conservative Party’s election platform, as pointed out by economics professor Lindsay Tedds.

(In the following explanation, key terms that appear in the T1 Income Tax and Benefit Return are bolded and italicized in their first use.)

On Canadian tax forms, “deductions” refer to your income, not your taxes. Deductions reduce the amount of your taxable income. In other words, you don’t get a deduction to your tax bill, you get a deduction on the income that gets taxed.

To calculate your taxable income, deductions are applied in two stages. [2]

STAGE 2: The second stage of deductions primarily includes money lost on investments, as well as for Canadian Forces and police personnel deployed on riskier missions, plus deductions for Northern residents. Net income minus any second stage deductions results in what is called your taxable income. [3]

Tanis Tarantula and Joel Jackrabbit are two Canadian workers. In 2020, they both had a total income of $52,000.

Tanis incurred $2,000 in expenses when she moved to be closer to a new job. She got to deduct that amount from her total income. That means her net income was down to $50,000.

Joel lives in Whitehorse. That means he qualified for the Northern residents deduction, a Stage 2 deduction. He fills out the form for this deduction and is able to claim $4,000.

Tanis had no Stage 2 deductions.

What is “gross tax”?

As described in our tax bracket explainer, taxable income is split into brackets, and different tax rates are applied to the amounts in each bracket.

Once applicable rates have been applied to each segment of your taxable income, the total dollar amount of tax before any tax credits are applied is what we are calling your “gross tax”. [4] (Gross tax is also the term for the amount that you would owe if you had no tax credits at all.)

Returning to our EXAMPLE:

Joel’s $48,000 in taxable income was entirely within the first bracket, so his gross federal taxes were calculated at the rate of 15%. His gross tax will be $7,200.

What are tax credits?

Think of it like this: You owe a friend $100. However, they say, “Hey, I’ll knock $50 off of what you owe me if you help me move this couch.” You earned credit for moving the couch that you get to apply against the money you owe your friend.

One reason our tax forms look so complicated is the plethora of various tax credits.

Everyone has at least one tax credit: the basic personal amount (or BPA).

Let’s return to our EXAMPLE:

Tanis and Joel both earned all of their income through employment. They also made maximum contributions to Employment Insurance (EI) and the Canada Pension Plan (CPP).

Tanis and Joel also got to claim credit for their EI and CPP payments. EI and CPP contributions are based on insurable income, which we assume is equal to their total income. The credits were equal to $2,730 for CPP and $821.60 for both Tanis and Joel. [7]

These amounts are summed and then multiplied by 15% to get Tanis Tarantula and Joel Jackrabbit’s total federal non-refundable tax credits: $2,517.09. [8]

In this simplified example, we are jumping over other types of credits that can reduce your final tax bill. This means Tanis and Joel’s basic federal tax equals their federal tax, which equals their net federal tax.

After deductions and applicable tax credits, Tanis has an effective federal tax rate of 9.7%, while Joel’s effective rate is 9%.

Our tax system is complex. It is understandable when the public conflates credits and deductions. But the distinction matters beyond the small circle of wonky tax nerds.

Taxes are also a political battleground. If a government wants to increase or reduce taxes, they can add, remove, or change either deductions or credits. Either way, the decision will affect you as a taxpayer, the amount of revenue the government can generate, as well as income distribution. The better we understand that, the better equipped we are to assess the government’s tax plans.

[1] Our tax system used to include more deductions. However, because a deduction reduces the amount of taxable income used to calculate taxes owing, they are more valuable to those with higher incomes. For that reason, many previous deductions were turned into credits.

[2] The two stages of deductions exist because net income and taxable income get used for different purposes throughout our tax system. Most notably, tax rates are applied to taxable income. However, the details of these different uses are beyond the scope of this explainer.

[3] Note that this describes the federal forms, which are then used for calculating both federal and provincial taxes, except in Quebec. However, the basic structure—total income > net income > taxable income—is the same for Quebec provincial tax forms.

[4] The CRA does not have a label for this amount.

{Photo by Markus Winkler on Unsplash}