Explainer: Why and how should we close tax loopholes? 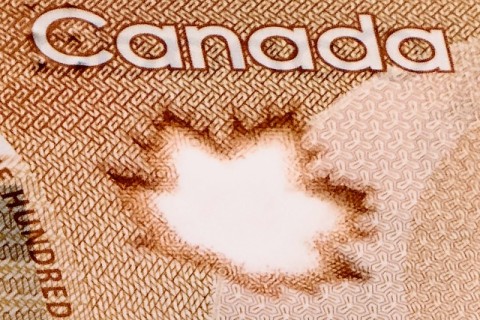 Some of Canada's political parties have recently made major announcements about closing tax loopholes. Which loopholes should we close? Who supports closing them and what could we get? C4TF's second weekly factsheet of the 2021 election sums it up.

Canada’s tax system is riddled with loopholes that primarily benefit people with high incomes and wealth, and the richest Canadians already manage to pay a lower overall rate of tax on their wealth than any other income group.

The federal government loses more than $100 billion every year to loopholes and expenditures.

The benefits of loopholes also don’t get shared fairly with women and other economically disadvantaged groups.

Loopholes come from bad policy. Although they are justified with supposed economic and social benefits, they lead to social ills like increased speculation, and higher housing prices. Also, studies show that most loopholes are less effective and more expensive than direct program spending for solving social problems.

Loopholes also make our tax code much more complex and longer (it’s now more than 3,000 pages). Only rich people with fancy accountants and lobbyists can know all the tricks.

Loopholes for corporations often rely on dubious legal and accounting maneuvers. For example, corporations can shift their profits to tax havens just by transferring intangible assets like intellectual property and trademarks.

In general, these loopholes are simply unfair. For instance, the capital gains loophole lets very rich Canadians and business owners pay half or less than half the tax rate that working people pay on their employment income—and some can avoid paying income tax completely.

Successive governments have promised to close regressive loopholes. But even modest reforms have been infrequent and insufficient. Loopholes exacerbate inequality and foment doubt in the fairness of our tax system. The time to finally close tax loopholes is now!

HOW DO WE CLOSE LOOPHOLES?

Eliminate the lower tax rate on capital gains: Working Canadians pay the full tax rate on their income. Wealthy individuals, corporations and trusts with capital gains income are able to pay tax at half this rate or less. Over 90% of the tax break’s value goes to the top 10%. This beneficial treatment widens the wealth gap and costs the federal government over $22 billion annually.

Reduce business entertainment deductions: Businesses can simply deduct half the cost of entertaining business partners and clients at night clubs, at country clubs, cruises, vacations and much more. This costs the federal government over $200 million annually and contributes to some unsavoury forms of lobbying. This tax break should be phased out after businesses recover following the pandemic.