Explainer: Why and how should we make corporations pay their fair share? 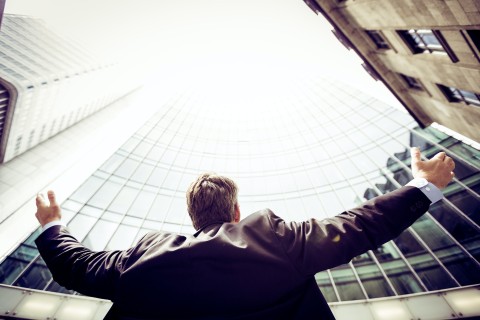 Corporations control almost half of all Canadian assets and two-thirds of Canadian economic activity, yet contribute less than 20% of federal tax revenue. The effective tax rate on Canada’s public companies has fallen to post-war lows.

The pandemic has put the widening gap between powerful corporations and the rest of us into stark relief. While jobs disappeared, many corporations enjoyed record profits, and profits are expected to escalate even more this coming year. While some people were asked to repay Covid income supports, a number of highly profitable corporations were able to claim money from the government – and keep it.

Among the corporations that did lose sales and profits, many still paid out dividends and executive bonuses.

Thankfully, there are a number of simple solutions if our government chooses to act.

During the past two decades, the federal corporate income tax rate has been slashed in half. Advocates promised these cuts would deliver jobs and prosperity. Instead, all they delivered was hundreds of billions in corporate surpluses, greater corporate power, higher executive salaries, and worsening inequality.

Increasing the corporate income tax rate to 20% would still be well below the post-war average, and would bring in $8 billion in revenue.

A pandemic excess profit tax, similar to taxes used after the world wars, would help to level our economic playing field.

A minimum tax on book profits—the profits corporations boast about to their investors—would reduce the incentives to use loopholes and reduce tax bills.

Governments in the US and UK have said it is time to stop the race to the bottom on corporate taxes and are raising their rates. It is time for Canada to take action as well!

HOW CAN WE MAKE CORPORATIONS PAY MORE?

Restore corporate tax rates: Decades of corporate tax cuts have cost federal and provincial governments hundreds of billions yet failed to boost jobs and economic growth. Instead, these cuts have worsened inequality. The PBO estimates that every percentage increase in the general corporate tax rate increases revenues by $1.6 billion, so restoring Canada’s federal rate from 15% to 20% would generate about $8 billion annually.

Impose a pandemic super profits tax: While many struggled financially during the pandemic, some of Canada’s largest companies continued to reap high profits. Canada had taxes of up to 80% on “excess profits” during and after both World Wars. The PBO estimates that an extra 15% tax on the profits of corporations with revenues over $10 million, and that made higher than average profits in 2020, would generate $7.9 billion.

Introduce a financial activities tax: Canada’s biggest banks and insurance companies remained profitable through the financial crisis and topped the list of large corporations making higher profits than usual during the pandemic. A Financial Activities Tax could also help cool the over-heating asset market, including housing. Such a tax, as proposed by the IMF, would generate at least $7 billion annually.

End deductibility of advertising on foreign internet platforms: Foreign e-commerce giants have benefited from an unfair tax advantage over Canadian companies. The COVID-19 crisis has made it even worse, by bolstering e-commerce and shuttering local businesses. The business deduction for advertising sold by foreign internet platforms particularly benefits e-commerce giants like Google and Facebook. The PBO estimates that restricting the deductibility of internet advertising expenses to Canadian-owned sites would generate over $1 billion annually.