Explainer: Why and how should we tax the rich fairly? 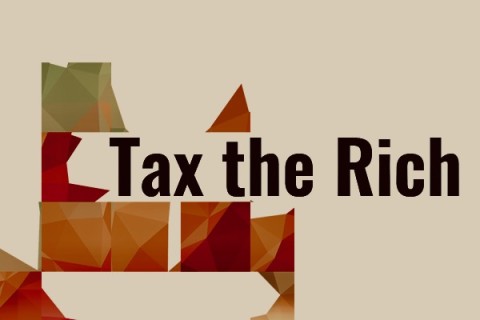 Fair taxation of high wealth Canadians has become a main issue during this campaign. Why and how should we do it? Who supports it and what could we get? C4TF's first weekly factsheet of the 2021 election gets to the point.

WHY TAX THE RICH FAIRLY?

This September marks ten years since thousands first occupied Zuccotti Park on Wall Street, in the wake of the financial crisis, to protest growing economic inequality and the power of the 1% vs the 99%.

But in the past decade, inequality and the wealth and power of the 1%, have only gotten more pronounced. In fact, from 2010 to 2019, only the top 1% of Canadians increased their share of Canada’s wealth. It went from 18% to 26%. Meanwhile, the share of all other groups stayed the same or declined. Since the pandemic began, Canada’s top billionaires have increased their wealth even more: almost another $100 billion.

Our tax system has played a pivotal role in worsening inequality. As tax rates for top incomes, investment income and business have been cut, loopholes for the wealthy have proliferated.

Some studies show that the top 1% pays a lower overall rate of all taxes than all other groups, including the poorest 10%. In many ways, our tax system has helped income and wealth trickle up, not down.

The ProPublica IRS tax leak in the US revealed that many of the wealthiest billionaires in the world paid no income tax during some years, demonstrating why we also need wealth taxes.

Inequality isn’t just bad for those with less; it’s also bad for those at the top, too. As the work of the Equality Trust has shown, more equitable societies are better for all. Even the IMF, OECD and World Bank are now advising governments that greater equality will increase economic growth.

And even many wealthy individuals and those born into wealthy families are also calling for governments to make the tax system more progressive and tax the rich.

HOW DO WE TAX THE RICH FAIRLY?

Reintroduce an inheritance tax: Canada is the only G7 country without a federal inheritance or estate tax. The United States applies a 40% tax on the value of inherited estates in excess of $11.7 million. President Biden is now proposing to strengthen estate tax rules. We estimate that a 45% tax on the inheritance/ estates of over $5 million (similar to the longstanding U.S. tax) would generate at least $2 billion annually.

Put a $1 million cap on business deductions for executive pay: Not only has executive and other high-level compensation continued to escalate through the pandemic, but Canadian corporations can deduct these growing amounts from their income for tax purposes, unlike in the U.S., where there’s a $1 million limit per executive. Limiting this tax-deductible expense to $1 million per employee would send a signal to corporations and save the federal government hundreds of millions annually.

Raise the top income tax rate: Through the pandemic those with higher incomes have generally done well, while lower income households have suffered. A study by Dalhousie economics professor Lars Osberg shows there’s more than enough room for Canada to raise top rates while increasing productivity and revenues.  During the post-war era, and Canada’s highest ever economic growth, the top marginal rate was over 70%. Raising the top rate by 4% to 37% for the top 0.1% for annual taxable income over $750,000 would generate over $1 billion annually.

Put in a real luxury tax: In the 2019 election, the Liberals promised to introduce a 10% tax on private cars, boats and planes valued at over $100,000 each. The PBO estimates this would generate $600 million annually. However, the scaled-back tax included in the 2021 budget would raise less than $150 million.

Energy retrofitting 40% of Canada’s homes and other buildings: cost of $6 billion annually over five years. Jobs created: 80,000 per year! Reduced energy use & bills: up to 50%! Greenhouse gas reduction: up to 17%!