The BQ platform: good on ideas, short on details 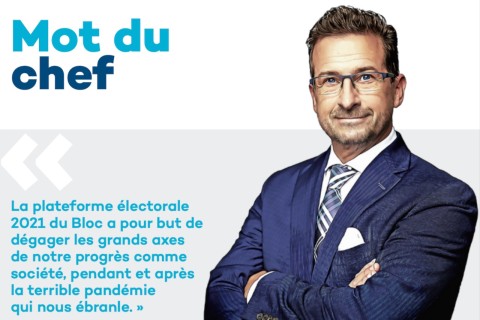 The Bloc Québécois platform recognizes that while the government ran colossal deficits during the pandemic, the wealthiest individuals got richer. And though the platform lacks details on specific measures, it proposes some good general fair tax policies.

The Bloc favours taxing digital giants at a 3% rate, as France does, and forcing them to share revenue with domestic content creators, including print and regional media. C4TF has supported such a 3% tax for years.

A comprehensive strategy on digital giants would also include applying corporate income taxes to the profits of e-commerce companies when those profits are associated with their business activities in Canada, eliminating the deductibility of advertising expenses on foreign internet platforms, and requiring foreign vendors to remit taxes on their sales of digital services and goods to Canada.

The Bloc advocates taxing real estate speculation though, again, the platform lacks details. To address the shortage in affordable and social housing, the party proposes dedicating federal property to that end, and making an ongoing investment of 1% of government revenues.

These would be positive measures, but we should also eliminate the lower capital gains tax rate on secondary homes and real estate held by corporations, rein in real-estate investment trusts, introduce an additional annual 1% tax on the value of residential properties owned by investors that have been vacant for more than half a year, and introduce a public registry of the beneficial owners of corporations and real estate.

We're glad the Bloc acknowledges the polluters pay principle and, like C4TF, supports ending fossil fuel subsidies. They also propose some interesting low-cost measures, such as a “climate test” for all federal policies, linking government contracts to environmental standards, and making all federal government vehicles zero-emission.

However, we could raise $3 billion from strengthening the carbon tax framework, eliminating tax preferences for large emitters, and introducing a carbon border tax. That revenue could help pay for measures the Bloc’s platform advocates, such as $300 million to find an alternative to neonicotinoid pesticides, and developing the often-promised high-frequency train between Toronto and Quebec City.

The Bloc is also proposing to have Quebec take over filing and collection of federal income taxes for residents of Quebec, arguing that this would reduce the paperwork required in filing two separate returns. This proposal has already been rejected by the federal Parliament and government. A better approach would be automatic tax filing, which would significantly reduce the large amounts of time all Canadians spend filing their taxes. More importantly, it would help people get the benefits they deserve.

The bloc says we should end corporate use of tax havens, though doesn’t offer much more detail. The platform does suggest that a Quebec takeover of federal income tax filing would help tackle tax havens. But this is much better achieved through international corporate tax reform, ending double non-taxation agreements with tax havens, higher penalties for tax evaders, stronger enforcement of existing laws, and increased investment in the CRA.

The Bloc has been a strong advocate for tax fairness in the past. We are glad to see some of our positions reflected in their platform. However, the public and analysts need more details about the measures they propose, to determine if they are workable and would have the intended effects. We hope the Bloc will make tax fairness a central part of their campaign over the coming weeks.