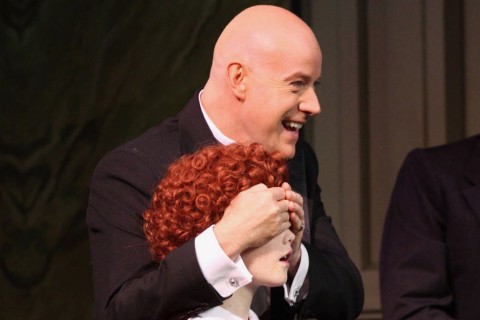 A tax on excess profits during the Covid-19 pandemic would realize $7.9 billion in federal government revenue, according to an estimate by the Parliamentary Budget Office (PBO) on 27 April.

The PBO’s estimate is based on doubling the federal corporate income tax rate from 15% to 30% on excess profits, which were defined as profits greater than expected based on average margins from 2014 to 2019. This higher rate was applied only to the excess portion, and it was restricted to corporations that had $10 million or more in annual revenues in any year from 2016 to 2020.

The PBO’s estimate does not name any specific corporations with excess profits. However, we analyzed a database similar to the one used for their analysis, applying the PBO’s criteria, to identify some of the pandemic profiteers. They include mining giant Barrick Gold, pipeline company TC Energy, Sobey’s parent company Empire Co., and Thomson-Reuters, which is owned by Canada’s richest man, David Thomson. However, perhaps the most jaw-dropping member of the group is Extendicare, which owns and operates long-term care facilities. Somehow, during a pandemic that killed thousands of residents in long-term care, Extendicare managed to boost its profit margin from 2.8% to 5.1%.

The PBO’s Pre-Budget Outlook Report previously estimated that 2020 total corporate profits were $215.9 billion, down from $231.1 billion in 2019. With almost one-quarter of corporate profits in 2020 classified as excess, while overall profits declined, there were significant redistributions of profits across the corporate landscape.

The PBO’s estimate was done at the behest of NDP MP Peter Julian, inspired by a similar tax on excess profits used during World War II. That tax was actually applied to 100% of excess profits. There is no evidence that the wartime tax hampered the Canadian economy, which suggests this proposed doubling could be considered the lower end for possible taxes on excess profits.

The report assumed this would just be a one-time tax, so did not include behavioural change in its estimate. That means the analysis would need to be redone if a similar tax were to be used going forward, for instance as part of a national strategy to help face the climate crisis.

The PBO does not explain why some companies and sectors realized large excess profits. However, it implicitly notes that one source is raising prices with a warning that is not the only possibility. Another possibility is increased demand for certain goods allowing companies to use excess capacity, taking advantage of economies of scale. Additionally, some companies likely enjoyed falling input prices. Only further research would explain how some companies fared so well while others struggled.

Canadians for Tax Fairness contributed to that important research with a report in November on Canadian companies with record profits during the pandemic. We will have an update on that research coming shortly.