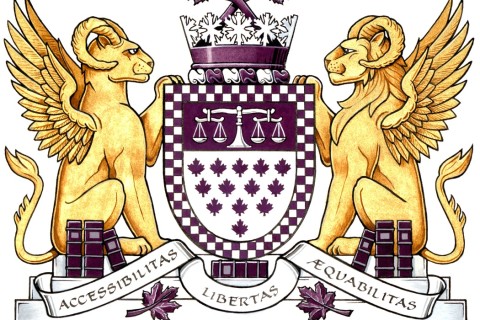 For decades, Saskatchewan-based Cameco used a small subsidiary in the tax haven of Switzerland to sell and trade its uranium. Setting up subsidiaries in jurisdictions with low tax rates is a common strategy that multinationals use to lower their tax bill at home.

Canada Revenue Agency re-assessed the company for hundreds of millions in back taxes—with the total at stake with this company expected to exceed $2 billion—but Cameco challenged the assessment in the Tax Court of Canada, eventually winning its case in 2018.

Canadians for Tax Fairness, Saskatchewan Citizens for Tax Fairness, and SumofUs urged the CRA to appeal the judgement and delivered a petition to Parliament Hill and Cameco headquarters with more than 35,000 signatures, warning “a ruling that does not challenge this practice will set a precedent not only for Cameco to continue to stow billions out of country, but others will follow suit.”

That precedent was set on June 26, 2020, when the Federal Court of Appeal unanimously upheld Cameco’s previous victory. Cameco is now off the hook for more than $2 billion in back taxes and penalties. On top of those lost revenues, the company was also awarded $27-million in legal fees and costs last year. This decision not only reflects costly weaknesses in our tax rules and regulations, it also gives other large multinational corporations a green light to dodge billions in taxes through similar measures.

Cameco is the second high-profile case the CRA has lost against a major Canadian corporation in recent months. In May, the Federal Court of Appeal sided with grocery and retail giant Loblaw in a $368-million tax case over its use of a subsidiary bank in Barbados, another tax haven.

Canada loses at least $8 billion annually from multinational corporations shifting profits through tax havens, and perhaps as much as $25 billion annually, according to the Parliamentary Budget Office.

No tax fairness without transparency

These are just the cases we know about. Sometimes, secret deals are made without Canadians ever finding out. It took a CBC News investigative journalist to uncover last year that the CRA had reached an out of court settlement with wealthy KPMG clients involved in the Isle of Man tax scandal.

In 2016, a House of Commons Finance Committee shut down hearings into the Isle of Man case after KPMG lawyers urged them not to allow witnesses to speak about the accounting firm’s offshore scheme.

Justice not only must be done, but it must be seen to be done. Too frequently in Canada, neither appears to be the case.

“It's a merry go round when the CRA tries to take on the corporate tax dodgers,” says Don Kossick, who led the Saskatchewan Citizens for Tax Fairness campaign on Cameco. “The corporate side is able to use the weak regulatory structure and process to continue with impunity to funnel billions of dollars out of Canada … billions that would be so critical in fighting the impact of COVID-19, for example,” Kossick said.

Especially at a time when governments are shelling out billions to help people and businesses during the pandemic, the public has a right to know whether companies are paying their fair share and how tax disputes are resolved.

Canadians for Tax Fairness has recommended specific transparency conditions during COVID-19 to hold corporations accountable such as introducing public country-by-country reporting, which would require companies to disclose how much taxes they are paying in different countries and if they’re abusing tax havens.

This decision could be appealed by the federal government to the Supreme Court, but it is clear that our tax legislation needs fundamental reform.

As Christine Lagarde, the former head of the IMF stated last year, “the ease with which multinationals seem able to avoid tax … undermines faith in the fairness of the overall tax system (and demonstrates that) the current international corporate tax architecture is fundamentally out of date.”

In a statement released shortly after the ruling, Cameco practically acknowledged as much:

“If CRA feels the laws aren’t written the way they want, then it’s clear they need to approach the government to change the laws moving forward, not continue to pursue the same arguments over and over again before different courts and expect a different outcome,” the company said.

Senior officials with the CRA have also admitted the agency is doing what it can to tackle tax avoidance and evasion, but work must be done to fix the legislation itself. In a House of Commons Finance Committee meeting just days before the court ruling on Cameco, CRA’s Deputy Commissioner Ted Gallivan acknowledged that in Canada, no person or company named in the Panama or Paradise Papers has been convicted.

“Many of these sophisticated taxpayers paper over their tax planning with multiple legal opinions and law firms. I think there's no lack of willingness on the part of CRA to pursue these cases criminally; I think it's the forethought of the perpetrators to really paper over what they are doing to make it very difficult and complex to bring criminal charges,” he told the Commons committee.

Fortunately there are relatively simple and straightforward ways of reforming the international corporate tax system so all corporations pay their fair share of taxes. They include treating  multinational enterprises as unitary entities so they can’t use subsidiaries to shift profits to other jurisdictions, a minimum international corporate income tax, ending double-non-taxation agreements with tax havens, and allocating taxable profits between jurisdictions using real economic factors such as sales, employment and assets—just as Canada and the United States do between provinces and states.

These are the reforms that Canadians for Tax Fairness has advocated, as has the Independent Commission for the Reform of International Corporate Taxation (ICRICT), the G24 group of nations and many international tax experts.

While it is preferable to have international agreement, there is also much that countries such as Canada can do on their own to put these reforms into place.

As Canada and other countries around the world spend unprecedented amounts to save lives and sustain their economies, policymakers have a clear responsibility to act now to ensure that all, and particularly larger corporations, pay their fair share of taxes.