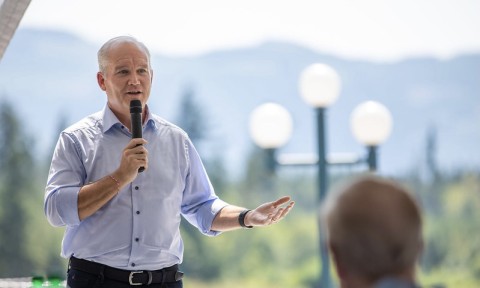 The CPC released what it is calling “Canada’s Recovery Plan”. The document includes a number of tax measures. While the CPC uses the language of “tax fairness,” C4TF is concerned that the party continues to insist on the use of tax credits in lieu of more substantial measures.

The CPC includes some measures targeted at the most powerful players in our economy. For example, they plan to implement a 3% digital services tax in order to address the growing power of digital giants like Google and Amazon. They also said they would increase funding to the Canada Revenue Agency to improve enforcement on the taxation of large corporations and “those rich enough to pay for expensive lawyers and accountants.”

THE NOT SO GOOD

Although the CPC will increase funding for the CRA, their plan to eventually spend $750 million more annually is inadequate. While the current Liberal government increased CRA funding, these increases did not undo cuts made by the previous Conservative government.[1] The CPC plan would still leave the department short by about $1 billion over the next four years.[2]

The CPC plan’s biggest flaw is an excessive use of tax credits. First, these will do nothing to address the inequality that our tax system currently exacerbates. Second, tax credits will not entice investment at the scale needed for many of the problems they are supposed to address, especially the climate crisis.

It has been shown again and again that tax cuts do not generate investment and jobs, contrary to the claims of their advocates. While we share the party’s concern with small, local businesses, direct support would go much further to entice investment. Tax credits are only beneficial if the business eventually turns a profit.

Third, more tax credits add more complexity to our tax system. This directly contradicts the CPC’s call for a “comprehensive review of Canada’s tax system.” Finally, new tax credits create the potential for even more loopholes that can be exploited by the wealthy and powerful.

THE REALLY NOT GOOD

In addition to ineffectual tax credits to reduce emissions, the CPC plans to introduce a cumbersome system of personal carbon savings accounts. This is rooted in their trenchant—and perplexing—opposition to the market-based carbon tax, which puts a price on emissions. The plan would actually reward consumers when they buy high carbon products. Not only is this idea needlessly complicated, it may worsen Canada’s emissions.

The CPC have also announced a plan to suspend GST collection for the month of December to entice more consumer spending, which is supposed to stimulate the economy. Again, tax cuts are ineffective at economic stimulus. This will also produce unnecessary administrative headaches for businesses and the CRA.

WE CAN DO SO MUCH MORE

C4TF has released its own Platform for Tax Fairness. We identify a range of measures that could generate as much as $90 billion in revenue. This would free up fiscal space for the government to invest in important social programs like pharmacare and public transit. They would also address worsening wealth inequality.