Five ways the Liberals could improve the luxury tax 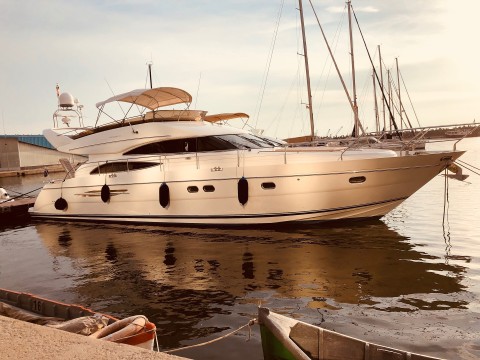 In 2019, the Liberals campaigned on a 10% luxury tax (additional excise tax) on the entire purchase price of luxury cars, boats and personal aircraft that sell for more than $100,000.

Now, they’ve proposed draft legislation that falls short of their promise, doesn’t raise as much revenue, and could be better designed.

Here’s how we could improve that luxury tax legislation:

1. Apply the tax to more types of luxury goods and services.

The Liberals are proposing to only put the luxury tax on motor vehicles, boats, and aircraft. They might as well call it the “luxury personal transportation tax”.

There are many other luxuries out there, which are only purchased by the wealthy elite. For example, what about taxing

The proposed tax would only be on new items.

However, many luxury items gain value as they age. That’s why very rich people buy artwork and other things that regular people can’t afford. The trade in older luxury items should not be exempt.

We could even adjust the tax for older luxury items that are put to good use. For example:

Originally, the Liberals proposed a 10% tax on the entire purchase price.

Now, the Liberals are proposing to only tax the lesser of:

Why offer elite buyers of luxury transportation goods a tax break before the tax is even introduced?

Instead, the government should make the tax progressive: Apply

4. Lower the threshold on luxury boats.

The Liberals originally planned on a $100,000 threshold for cars, aircraft, and boats.

Furthermore, there are already exemptions in the legislation for boats that serve as a home or that are used for commercial purposes. There is no good reason to more than double the threshold to apply the luxury tax on boats.

5. Don't give corporate jets a write-off

The government also recently signalled(link is external) an intent to make private jets used in the course of business eligible for a tax write-off.

The tax the Liberals first promised would have brought in revenue of about $600 million per year.

The tax they’re now proposing is estimated to bring in $600 million over five years.

That’s a difference of $2.4 billion dollars over 5 years.

People who buy luxury goods are so rich they’ll barely notice the luxury tax. But you’ll notice when we don’t have that $2.4 billion for healthcare, education, infrastructure, public transport and our important public services.

In the context of the climate crisis and socially detrimental inequality, a luxury tax is welcome. However, the version now proposed is sub-par.

{Photo by BRADLEY on Unsplash}