How to make the rich pay their fair share of taxes 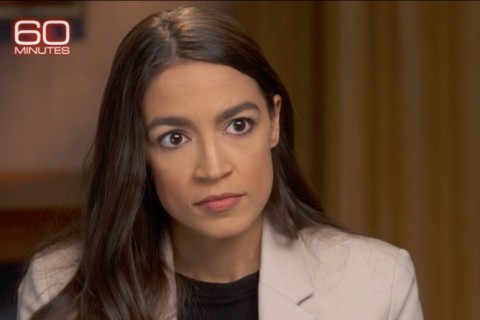 Alexandria Ocasio-Cortez, the youngest woman elected to U.S. Congress, got the media and internet buzzing recently when she told TV host Anderson Cooper on CBS’s 60 Minutes that the U.S. should introduce a tax rate of 70% on incomes of over $10 million to help fund a Green New Deal.

When her proposal provoked a backlash and sexist belittling from Republicans (including from the anti-tax crusader Grover Norquist) who falsely claimed she wanted to “take away 70% of your income”, AOC (as she is now known) demonstrated her knowledge and mettle by correcting their errors and tweeting that we should “tax misogyny at 100%.” Meanwhile her proposal has gained support and validation from prominent economists, many of whom say her proposal isn’t that radical at all and pointed out that she knows a lot more about tax policy than her detractors appear to.

Nobel-prize winning economist Paul Krugman wrote in the New York Times that “AOC … is fully in line with serious economic research” and that “America used to have very high tax rates on the rich — higher even than those AOC is proposing — and did just fine. Since then tax rates have come way down, and if anything the economy has done less well.”

He points out that the top tax rates AOC is proposing are similar to what other top economists have proposed. These include another Nobel laureate in economics, Peter Diamond, who along with Emmanual Saez estimated the optimal top income tax rate at 73% and Christina Romer, former head of the Council of Economic Advisors, who estimated the top optimal rate at over 80%.

Krugman concludes “on the tax issue she’s just saying what good economists say; and she definitely knows more economics than almost everyone in the G.O.P. caucus, not least because she doesn’t “know” things that aren’t true.”

AOC’s proposed top tax rates are also consistent with what one of Canada’s most prominent economists also recently proposed.

Osberg estimated that increasing the federal marginal tax rate of 65% from the current 33% (in addition to provincial rates) on the incomes of the top 1% above $205,000 would generate between $15.8 billion and $19.3 billion in additional tax revenues.  This is a very substantial amount that could go a long way to reducing inequality and funding public services.

Hiking the federal top income tax rate from 33% to 53% for incomes on the top 0.1%, so they would pay a combined federal and provincial tax rate of about 70% on income over $725,000 would generate about $3.6 billion annually, before accounting for behavioral factors.  Increasing the income tax rate just for Canada’s top 0.01%—those making over $2.8 million annually—by 20 percentage points to a combined marginal top income tax rate of 70% would generate an estimated $1.1 billion, before accounting for behavioral responses.

There’s much debate about how those with top incomes would react to higher income tax rates, whether raising rates would provoke them to move, take more aggressive actions to avoid and evade taxes, and/or to reduce their work effort. Many of those opposed to higher tax rates on top incomes argue that raising top rates would be counter-productive and could actually lead to lower revenues once these behavioral impacts are accounted for.

However, there isn’t much evidence that raising top income tax rates actually leads to a large out-migrations. Significant differences in income tax rates in the New York City region haven’t led to many people moving to take advantage of lower tax rates, except for those in retirement age. Other lifestyle factors, including the quality of life and public services, tend to be much more important for people, especially for those with higher incomes.

There’s also little convincing evidence that those with top incomes significantly reduce their work efforts in response to higher income tax rates to the degree that it would result in lower revenues.  Instead, most economists agree that by far the largest behavioral response to higher top income tax rates involves tax avoidance (and evasion) by income shifting. When there’s income shifting for tax purposes, the income often shows up in other places, although taxed at a lower rate.

What this all means is that there is considerable room to increase top income tax rates, but it must be combined with much more significant actions to eliminate tax loopholes and preferences that overwhelmingly benefit the wealthy, by more serious action to crack down on use tax havens and by more aggressive enforcement and penalties against wealthy tax evaders and those who profit from them.

In the last election, the Liberal Party promised to eliminate unfair and ineffective tax loopholes and to crack down on tax evasion. They took some steps, but quickly backed down on closing some of the most egregious tax loopholes. We need to see much more significant commitments and action taken on progressive tax reform in the years ahead.