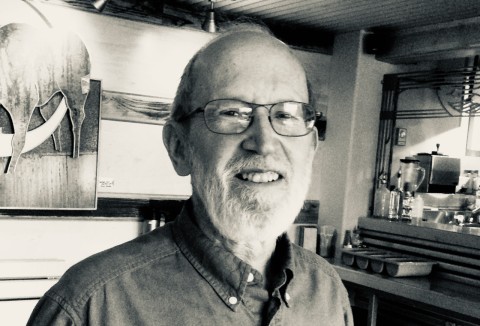 Canada lost one of its greatest progressive activists, thinkers, writers, political commentators and organizers earlier this month.  Murray Dobbin, the founding president of Canadians for Tax Fairness—our longest serving board member—and a giant of the Canadian left, died on 8 September after a long struggle with cancer. He was far ahead of his time in his concern for and activism about tax justice, equality, democracy, public services and controlling the power of corporations and the political and corporate elite.

Murray had a prodigious talent for writing and political analysis and was the ultimate progressive activist—and an immensely warm, funny and generous human being with enormous moral integrity.  He wrote  five books and hundreds of piercing political columns.

Murray was a visionary, far ahead of popular and mainstream political opinion on many progressive issues, including on tax and tax justice. More than anyone else he knew and communicated forcefully how the anti-tax and tax cut movement was a project of the political and business elite to downsize government and the public sector, to reduce equality and undermine democracy.

Thirty years ago in 1991 Murray produced a CBC Ideas program on taxes and tax revolts.  Shortly after that he wrote both Ten Tax Myths and In Defence of Public Services, preserving the dream of a just society: reports published by the CCPA in the 1990s and still highly relevant today.  These were just as former Liberal Finance Minister (and later Prime Minister) deeply slashed public spending—ostensibly to deal with the deficit—followed by the largest set of tax cuts in Canadian history, largely for corporations and the wealthy. Murray continued to write about taxes and tax justice throughout his life, always peeling back the layers and illuminating how important political currents, language, framing of issues and organizing and popular progressive movements are. We are still dealing with all the consequences of Martin’s extraordinarily expensive tax cut experiment. Just as Murray predicted, they weakened public services, increased costs for the public, didn’t stimulate investment and have led to growing inequalities especially in terms of access to affordable housing.

While a strong supporter of the NDP, Murray rarely shied away from cogent criticism of those he felt were misguided. He had an exceptional ability to cut through the crap and political BS and get to the core issues, and fundamental power relations behind them. He was highly concerned about the power of people, and about the power of people on the other side: the political and corporate elite. He was highly principled and had a low tolerance for people who acted without principles or integrity, and would walk away from anything he felt was compromising. This made him seem irascible and a thorn in the side to some, but history and hindsight has shown that he was pretty much always prescient, ahead of the times and on the right side of issues.

While tax justice was a top priority for Murray, it was only one of the many issues that he applied his prodigious political analysis and writing skills to. From his hardy roots on the Saskatchewan prairies, he mapped and exposed the rise of the right in his book Preston Manning and the Reform Party, the neo-liberal and Liberal political and business elite in Paul Martin: CEO for Canada?, the malignant impact of investment protection and "trade deals” and the deep dangers of expanding mega-corporate power in his 1998 book, The Myth of the Good Corporate Citizen. He could write trenchant columns and opinion pieces like few others on the Canadian left, as a regular columnist for the Financial Post, Rabble, the Tyee and many others, penning hundreds upon hundreds of them. But as a true activist and organizer who believed deeply in the power of mobilizing people, ideas, popular education and popular movements, those hundreds of columns weren’t enough and he started a Word Warriors project to help others to write columns and letters to the editor.

Despite his extraordinary output, he was much more than a thinker and writer. As a prairie pragmatist and activist who, like Marx, understood that philosophers only interpreted the world and the point was to change it, he was also an organizer and doer, a key player in the Action Canada Network, the Council of Canadians the New Politics Initiative, the Canadian Centre for Policy Alternatives, Rabble, and of course Canadians for Tax Fairness. While his books and writings frequently focused on disturbing and negative developments, he never stopped fighting for a more democratic world and was deeply idealistic: but it was an idealism tempered with doses of world-wise cynicism and wit, born of the bittersweet wounds and struggles of a life-long activist.

Dennis Howlett, former Executive Director of Canadians for Tax Fairness, says Murray combined shrewd keen analysis with an infectious positive energy that motivated people to be activists. His friend and fellow Saskatchewan activist Don Kossick vividly remembers first meeting Murray at a province-wide mass demonstrations of students, which Don and Murray helped organize in 1968—Murray's first political organizing—and their many struggles in solidarity since, including for the rights of Indigenous peoples. Another long-time friend, Colleen Fuller, emphasizes how prescient and ahead of the times Murray was, how he and his life partner Ellen Gould were "an absolute team" in their research, activism and life and what a huge contribution they made to their adopted community of Powell River.

It has taken decades, but the world is finally catching up to Murray’s insights and progressive activism. He leaves an enormous legacy, a profound impact, and thousands who had their eyes opened and hearts inspired by his piercing political analysis and deeply democratic ideals and activism. He was one of a kind and will be deeply missed. Murray leaves his life-long partner Ellen Gould in Powell River, BC, his brother and sister, and many friends and activists he inspired across Canada.

Canadians for Tax Fairness is establishing an internship in Murray’s name to inspire and support young researchers and activists and carry on his legacy.

Another tribute to Murray Dobbin by Seth Klein and Shannon Daub can be found here, in the Tyee.