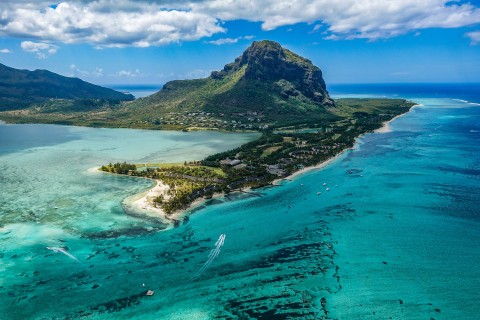 The #MauritiusLeaks tax haven leak from the International Consortium of Investigative Journalists (ICIJ) include just a few Canadian connections, but they are barely the tip of the iceberg of Canadian corporations using Mauritius as a tax haven for their operations in Africa.

One of the most prominent Canadian corporations to use Mauritius as a tax haven is the now infamous SNC Lavalin, at the centre of corruption and fraud scandals in Canada and around the world.  SNC-Lavalin established a shell corporation in Mauritius which enabled it to avoid paying up to $8.9 million in taxes for a mining operations in Senegal. SNC-Lavalin was able to avoid these taxes thanks to a controversial tax treaty signed between Senegal and Mauritius, which allows corporations to shift profits to Mauritius tax free.  Senegal is one of the world’s poorest, with half the population living in poverty.

As Ousmane Souko, a former tax inspector, now a member of parliament in Senegal, “A tax haven might be heaven for multinational companies to avoid taxes, but, for the country, it’s hell.”  African countries lose far more in revenue to tax havens, international profit shifting and illicit financial flows than they receive in international development assistance.

Other Canadian firms that have used Mauritius as a tax haven include the Canada Pension Plan Investment Board (CPPIB), which invests the funds of Canadians held in the Canada Pension Plan. It used the Conyers law firm at the centre of the #MauritiusLeaks in its purchase of Tomkins engineering corporation and its Mauritius subsidiary along with the giant Canadian private equity firm Onex.  The CPPIB didn’t respond to the ICIJ to requests for comment on its involvement.

The Canadian-based Sun Life Financial insurance and investment giant is also mentioned in the #MauritiusLeaks. Through a Luxembourg subsidiary, it established a further subsidiary in Mauritius to hold equity investments in India.

The #MauritiusLeaks are just the latest in a series of leaks revealing how much corporations and wealthy individuals take advantage of tax havens to avoid and evade taxes. While much use of tax havens is legal, tax havens are also widely used to illegally evade taxes and to hide illegal payments because many function as secrecy jurisdictions.

A report by Canadians for Tax Fairness Bay Street and Tax Havens revealed how over 90% of Canada’s largest corporations have subsidiaries in tax havens.  The #Mauritiusleaks also reveal again just how instrumental large accounting firms such as KPMG, EY, Deloitte, also highly active in Canada, are in promoting and facilitating tax havens and international tax dodging.