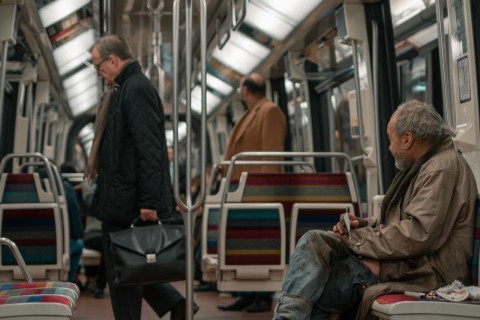 While pressure has been mounting on the federal government to address COVID-19’s uneven economic fallout, it’s time for the provinces to also take on their share of that responsibility.

Two of the country’s largest provinces recently missed an opportunity to improve social and economic conditions standing in the way of Canada’s recovery.

The Ontario and Quebec governments unveiled their 2021 budgets this week, which offered little in the way of policies to either raise revenues to pay for the crisis or combat inequality that has worsened in the past year.

The pandemic has hurt the most vulnerable Canadians and exposed cracks in both federal and provincial social safety nets, from long-term care to employment security. While lower-wage workers, minorities and women have been more likely to experience job losses and other impacts of the virus, research by Canadians for Tax Fairness shows the country’s top billionaires grew $53 billion richer during the pandemic while some of the largest corporations made excess profits. To address this uneven recovery, all levels of government need to reinforce social programs to help lower-income families and workers who have been most affected.

The Ontario PCs’ budget stopped short of strengthening public services in areas such as childcare, infrastructure, and education that could help restart the province’s economy. Instead of directly investing in these resources, the budget offered a number of tax credits such as a childcare tax credit and a jobs training tax credit.

As we’ve previously pointed out, tax credits are often used by governments as an excuse to avoid funding more substantial and effective programs. The Harper government was particularly fond of tax credits, which studies showed did more to help higher-earning families over lower-income ones who needed the help most.

Tax credits also rely on the user being able to make an initial payment upfront, which is a major barrier for poorer households that can’t afford to wait to recover some of those costs. Payments also depend on users filing their taxes, which one out of 10 Canadians do not do. While the federal government has committed to introduce automatic tax filing, which will help more vulnerable individuals receive tax-related benefits and credits, people living on the edges need support now.

A childcare tax credit is of little use if parents cannot find spots. There were already severe childcare shortages in some parts of the province before the pandemic. There is incredible uncertainty about how many daycares will survive. A temporary boost to Ontario’s childcare tax credit will fail to create the spots that parents need.

It was also disappointing to see nothing in the Ontario budget to advance beneficial ownership transparency even though the province engaged in consultations with stakeholders on this issue back in 2019. Weak corporate transparency laws allow anyone to create a shell company without disclosing the ultimate beneficial owner. This secrecy enables money laundering, tax evasion, and fraud while contributing to inflated housing prices in cities such as Toronto. Ontario missed an opportunity to join other provinces such as B.C. and Quebec that have made progress in improving beneficial ownership transparency.

Both provinces shied away from introducing progressive taxes in their budgets that could help generate additional revenues to support the recovery and combat inequality.

Without these much-needed tax reforms, Ontario and Quebec will have a hard time funding improvements to provincial public services and programs.

We’re facing a K-shaped recovery. Although federally-funded income supports during the pandemic modestly reduce poverty levels, an end to those supports threatens to exacerbate inequality. A wealth tax, in addition to more progressive income taxes, would help address the problem.

Quebec’s budget did include a commitment to collect QST on foreign goods from fulfilment warehouses –which it estimates would raise $1.8 billion of revenue over the next five years—but this depends on the federal government following through on its commitment later this year.

The pandemic’s extreme social and economic affects have awakened governments worldwide to the need for new progressive taxes. Even non-progressive organizations such as the International Monetary Fund have urged governments to spend significantly on the recovery and to tax the rich and redistribute the excess concentration of wealth at the top.

While the federal government committed to find new ways to tax extreme wealth, provinces and territories have their share of tax policy options as well.

Ahead of Quebec’s budget, the opposition party Québec solidaire proposed a number of tax reforms that would help the province strengthen public services. These included a wealth tax, a pandemic tax on for large companies’ profits, and increasing the price on carbon for large industrial polluters.

Many of these measures were endorsed by the very individuals who would be required to pay. Some wealthy Quebec business owners publicly called for a special COVID tax, acknowledging it is unfair that some have profited in a pandemic. An open letter from QS in the Journal de Montréal calling on the province to tax the rich was co-signed by wealthy Quebecers last week.

There is strong support for progressive taxes at the national level as well. Polling by Abacus Data found 75% of Canadians across all regions support a wealth tax. Two out of three Canadians want governments to spend whatever is necessary to rebuild and stimulate the economy.

All households and businesses benefit from improved public services such as healthcare, education, infrastructure and childcare. These are the kinds of investments that will promote a more inclusive economic recovery with fewer Canadians left behind.

While we need to maintain pressure on the federal government to follow through on its promise to tax extreme inequality, all levels of government have a greater role to play in rebuilding a better, more equitable economy.