Tax Cuts for the Rich Only Benefit the Rich, Study Reconfirms 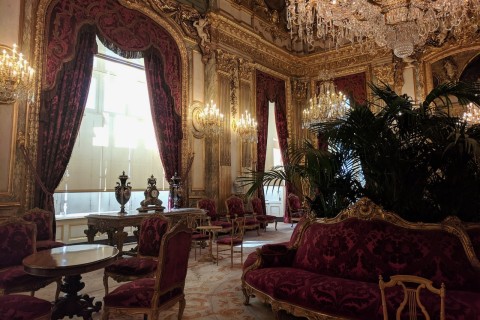 Proponents of cutting the taxes of the rich commonly claim that it will encourage investment, leading to innovation, increased productivity, and jobs. There is effectively no evidence for these supposed benefits. Conversely, there is ample evidence that these cuts worsen inequality, which is associated with many social maladies.

A recent paper from David Hope and Julian Limberg offers the most comprehensive examination of these relationships to date. The pair use five decades of data from 18 OECD countries. The TL;DR of their analysis is a reconfirmation that tax cuts are associated with increased inequality, and have no discernible economic benefits.

Numerous studies based on robust evidence, using a variety of data sources and statistical methods, repeatedly and clearly confirm that cutting the taxes of the rich is associated with inequality. Meanwhile, studies that examine how tax cuts affect economic activity have had meagre, and conflictual results. While a few cross-country analyses indicate that higher top marginal rates have small negative impacts on the economy, many others fail to identify any discernible negative effects.

Beyond their confirmation of the effect of tax cuts on inequality, and lack of an effect on economic activity, Hope and Limberg’s method also provides causal inference that is often lacking in previous studies: They noted that while many studies have demonstrated the correlation between tax cuts and rising inequality, those studies could not definitively identify cause and effect. Does the greater share of income going to the rich allow them to successfully lobby for tax cuts? Or do tax cuts send a greater share of income to the rich?

Using their unique database and statistical method, Hope and Limberg, found that major tax cuts increase the pre-tax national income of the top 1% to increase by 80 basis points (one percent is 100 basis points). At the same time, the researchers find these cuts had no discernible effect on either national income or unemployment. This was true over both the short and medium term.

Although this analysis is able to identify a clear causal connection between tax cuts and inequality, we cannot dismiss the existence of the reverse causation. There is likely a feedback loop: cutting taxes for the rich gives them a greater share of national income, which they can use to lobby for more preferential tax treatment.

Decades of experimenting with ‘trickle down’ economics has been a harmful failure. As this study demonstrates, like so many others, the need to return fairness to our tax system is long overdue.