The time has come for real international corporate tax reform 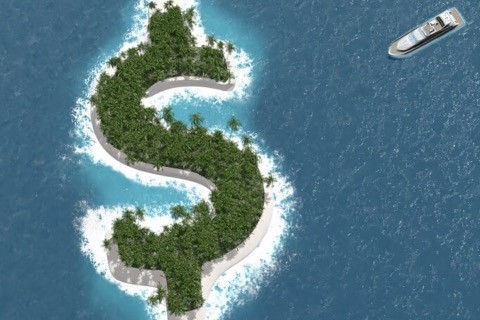 Countries around the world lose at least US$500 billion in annual tax revenues from international corporate tax avoidance and profit shifting, including through tax havens. It’s the biggest mega-corporations that benefit the most from exploiting loopholes in international tax laws, and the poorest nations that are most harmed, with some African countries losing more than a quarter of their annual revenues.

Canada loses at least C$8 billion annually—an amount that is nearly half the federal deficit and that could pay for a lot of critical public services. After years of turning a blind eye, the international community countries only began to deal more seriously with the problem of international corporate tax avoidance as a result of public pressure, when the G20 Summit directed the OECD to introduce a Base Erosion and Profit Shifting (BEPS) Action Plan, which it did in 2015.

The 2015 BEPS Action Plan has led to some progress including automatic exchange of tax information between countries and requiring multinational corporations to provide country-by-country reporting of their financials and profits.  But these measures are inadequate and have failed to make much of a dent in the problem. Large multinational corporations around the world, from Amazon to Starbucks, can still easily avoid taxes through transfer pricing and profit shifting. This undermines public revenues, increases inequality and provides them with unfair tax advantages compared to competing small and medium-sized businesses.

We now finally have another chance to make some real progress.

This week, OECD/G20 officials meet in Paris to consider proposals for the next round of BEPS, including challenges related to the digitalization of the economy, and to present them to a wider group of over 100 nations. The January 23-24 meeting is a first step towards decisions likely to be taken at the G20 Leaders’ Summit this spring in Japan.

The deficiencies of the 2015 BEPS action plan have led a number of countries to propose stop-gap measures to collect more taxes from multinational corporations, but these—including the ones being considered by the OECD—are all ultimately inadequate.

This is a unique opportunity for Canada and other countries to urge the OECD to move away from our easily abused transfer pricing system and instead towards unitary taxation of multinational corporations. The Independent Commission for the International Reform of Corporate Taxation (ICRIT)—which includes Nobel prize-winning economist Joseph Stiglitz, former Finance Ministers and other experts—has just published an excellent report,, BEPS 2.0: What the OECD BEPS has achieved and what real reform should look like, outlining how countries can move to a system where multinational corporations are taxed fairly.

Unitary taxation of multinationals would allocate profits to different countries using a formula reflecting their economic activities (such as portion of sales, employment or other factors). Together with a global minimum effective tax rate, this system would significantly reduce the use of tax havens and result in fair taxation of multinationals with a just allocation of taxing rights between nations. Canada, the United States, Germany and other countries with federal structures use exactly these types of formulas to allocate corporate income for tax purposes between provincesand states, so corporations can’t easily avoid taxes within these countries, as they can internationally.

While a global agreement on this (and establishing a global minimum corporate tax rate) would be preferable, there is no reason why individual countries—including Canada—couldn’t move forward on their own, by applying taxes using similar formulas to multinationals operating and selling products within their borders.

Analysis by the IMF shows that a formula using sales and employment to apportion the taxable income of multinational corporations would lead to very significant increases in tax revenues available to both advanced and developing countries.

While it may be months before world leaders look at the next stage of reforms, Canada now has a chance to step up and lead the way in implementing progressive tax structures that benefit everyone.