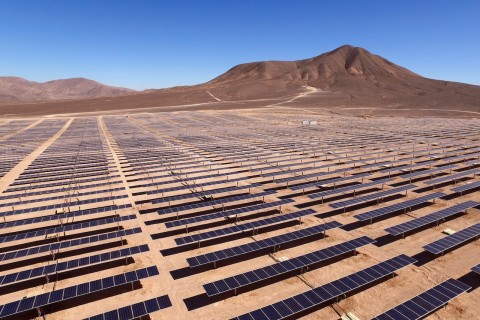 There are a number of interesting developments we can look ahead to, and on which we have taken position.

One major recommendation for this government would be to ensure that large multinational corporations pay their fair share of tax.

This certainly isn’t just an issue of revenues; it’s very much an issue of fairness and also competitiveness. If large corporations—and the largest corporations in the world—can avoid paying tax and pay lower rates of tax than small and medium sized businesses, then they obtain an unfair competitive advantage.

We don’t have a level playing field, and we’re going to have more and more corporate concentration and monopolization. The old local video stores paid more in corporate income tax than Netflix does. Local taxi companies pay more corporate income tax than Uber does. Local newspapers and media outlets probably pay more in given years than Google and Facebook, who now get over half of all advertising dollars spent in Canada.

Increased corporate concentration and monopolization is already a major and massive problem. Not only is it unfair, but it’s also been seen as one of the culprits for our low rates of business investment, innovation and productivity growth, and also for lower rates of wage growth.

It used to be that larger corporations consistently provided higher wages and benefits, but that’s no longer necessarily the case anymore.  A lot of the largest corporations such as the Walmarts and Amazons, Ubers, pay relatively lower wages and often rely on gig contract workers, while their owners and CEOs are insanely wealthy.

This is an issue with significant implications for public revenues, for fairness and competitiveness, equality and jobs quality.

There are a number of measures the federal government should take:

What new policies should we be expecting, such as new trade deals, pharmacare, basic income?

We sincerely hope this budget will involve a very significant investment in transition to a low carbon economy, whether you call it a green new deal or not. The Green Economy Network calculated that investing $16 billion annually for five years in retrofits, public transit and renewable energy could reduce our GHG emissions by 30% and reach our Paris targets, and create one million person years of employment over five years.

But this will require significant investments, with a federal deficit averaging $20 billion for next five years before we even get to other demands on the budget. So additional revenues are needed. There’s lots of scope for those, given that federal revenues as a share of the economy are two full percentage points, close to $50 billion, below their long-term average.

What are the toughest economic issues ahead: the biggest challenges that will be hardest to get to a resolution?

Our challenges include moving forward on resource development. We will face ongoing and growing resistance from activists and investors unless Canada makes significant investment and progress in reducing our emissions and transition to a low carbon economy. But this will involve serious action, and significant investments.

As for fiscal challenges, we could have an economic slowdown, which would cause the deficit to balloon. We should move ahead now with progressive tax reform measures, to fund climate investments, with a balanced budget multiplier. The stimulus package of ten years ago was necessary to get out of the great recession, but it was a missed opportunity to not make the transition to a lower carbon economy. That’s ten lost years. Let’s get it right this time.

[Presentation to the Pearson Centre Conference, Panel on Economy and the Future of Work]