Presentation: Taxation in Our Economic Priorities

Photo: My Life Through A Lens 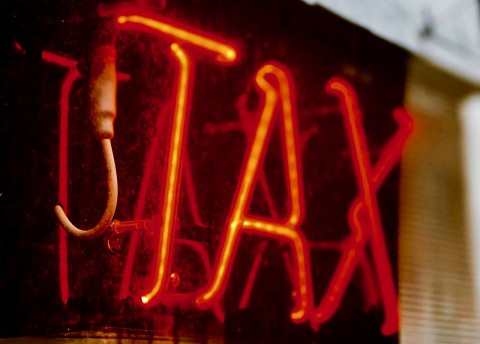 To the Pearson Centre’s Year 4 Conference:

The Trudeau government has implemented a large number of the promises made on taxes and benefit programs three years ago in the election and ministerial mandate letters.

I’m not going to go through the whole long list because we’ve only got a few minutes and you can see that elsewhere online. Instead I’m going to briefly talk about main accomplishments, on what still needs to be done, and also on what I think we should also be seeing as commitments in the next election

Small business side got a tax cut at the beginning of this year, with the rate dropping further to 9% next year.  And of course last week we’ve just seen the announcement of $14 billion tax breaks for business investment largely in response to pressure from business following the Trump tax cuts.

The CRA has received more funding to crack down on tax evaders, is conducting more audits of offshore and aggressive tax avoidance schemes, and has more tools at its disposable from agreements with OECD countries with automatic exchange of tax information and country by country reporting. It has published estimates of Canada’s tax gap.

It has also put more effort and funding into ensuring that those who are eligible for tax benefits, such as the Canada Child Benefit, receive them by sending out letters, providing funding for community tax volunteers, for the low income file my return program, and auto-fill programs.

More recently, in Bill C-86 we’re seeing confirmation that the CRA’s will end its politically-motivated harassment of charities; gender-based analysis of budgets including tax expenditures; announcement of a poverty-reduction strategy, and through the Finance committee some progress on money laundering.

We’re also about to see the introduction of a nation-wide carbon tax backstop along with progressive climate action incentive payments for households. This has been watered down but it's still an important and progressive step forward in a hostile political environment.

So, besides further implementation of the recent announcements, what’s left to do?

There was a promise to conduct a review of tax expenditures and loopholes and eliminate poorly targeted and inefficient measures. There was a review of tax expenditures, but it was totally internal, and no action was taken on one of the most egregious ones which was highlighted in the platform, the stock option deduction. Last year some action was taken to limit the abuse of private corporations for tax avoidance, but I think it's fair to say this didn’t go very well and spooked Finance from taking further action. But there’s little point in raising top income tax rates if the very significant tax loopholes remain. As long as the top 1% can take advantage of large tax loopholes, ordinary and middle class Canadians will feel the deck is stacked against them. The government will remain vulnerable unless it takes further action in this area.

Cracking down on tax avoidance and evasion

There have been additional resources and more tools put into cracking down on tax evasion and aggressive tax avoidance, certainly compared to the Harper era, but as was revealed in last week’s Auditor General, the CRA continues to be considerably more hardline on individual Canadians than they are on corporations and offshore tax avoidance and evasion. We need stronger legislation in Canada and stronger international rules and agreements, but we also need a change in priorities and approach by the CRA, and an end to preferential treatment for those who can afford high-priced and well-connected accounting firms. The CRA must stop its practice of aggressively going after individual Canadians who owe small amounts while being more lenient on larger corporations and those with offshore schemes.  And, as more benefits are provided through the tax system, the CRA should increase its efforts to ensure all Canadians receive the benefits they’re entitled to.

The Canadian government has taken some action on OECD’s BEPS or Base Erosion and Profit Shifting action plan, but after five years, it still hasn’t taken any action on priority #1, which is to address the tax challenges of the digital economy, while the overwhelming majority of OECD and G20 countries have. Instead of ending the tax preferences Canada makes available to Google, Facebook, the largest companies in the world, and other foreign e-commerce companies over our own companies and producers, the government is getting into the potentially troubling position of providing direct subsidies to domestic media and news outlets.

Canada is getting a reputation as a haven for international money laundering because we’ve got the weakest corporate transparency rules in the G20. We need to significantly strengthen corporate transparency by establishing a national public registry of the real/beneficial owners of companies, as the UK has and the EU is moving towards.

Of course there also were commitments to phase out fossil fuel industry subsidies, a little was done, but then more fossil fuel tax subsidies were provided and then the federal government bought a pipeline. And now there’s talk about buying oil tanker cars, while there are raucous protests in favour of subsidizing the fossil fuel industry.

This situation demonstrates how conditions change, and the difficulty of bridging very different political and economic interests. In the last election, the Liberals were able to hold the centre while also progressively outflanking the NDP on the left in a number of ways. That’s going to be a lot harder to achieve this time, now that the government has bought a pipeline and provided billions more in tax breaks to businesses.

{Photo by Jon Tyson on Unsplash}

Photo: My Life Through A Lens