Presentation: Wealth taxes are no longer an "extreme" idea 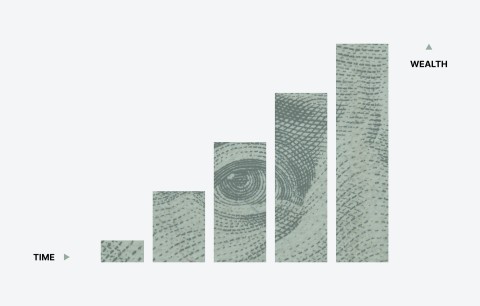 Many economists are bred or schooled to see the world in terms of a normal distribution. But increasingly, the world doesn’t seem to work that way.

The 2008-09 financial crisis, which was predicted by very few economists, was seen by many as a black swan event: something difficult to predict, far outside the range of normal probabilities, and extremely negative.

The COVID-19 pandemic is an almost perfect example of another black swan event. Climate change is also leading to many more extreme fat tail weather events. History is far from over: it’s very much alive and kicking.

DISTRIBUTION OF INCOME AND WEALTH

We’re also living in an age of greater extremities in the distribution of income and wealth.

It has been fairly rote among economists to assume that taxes on the rich wouldn’t raise much revenue because there aren’t many rich people. There may not be that many really rich people, but boy, are they rich.

Ten years ago this September, the Occupy Wall Street protests began, protesting inequality and the wealth and power of the 1% compared to the 99%. They seemed ground-breaking at the time, and may have been.

But what has happened since then to the wealth of the 1%?

It has grown even higher and higher. In fact the only single group in Canada that has increased its share of national wealth from 2010 to 2019 is the wealthiest 1%. Figures for 2020 aren’t available yet, but based on the extraordinary increase in wealth of billionaires during the pandemic, inequality has likely gotten even worse.

So whatever has been done to contain the wealth of the 1% clearly hasn’t worked enough. Part of the problem—and the solution—is in the tax system.

At some levels, our overall tax system has become more regressive over the past few decades, so much so that the top 1% pays a lower overall share of their income in all different forms of taxes than all other income groups do, depending on assumptions about tax incidence.

Under-reporting of income and evasion of taxes is also higher at higher incomes, so figures on inequality and incidence of taxes need to be revised to account for that. And at the bottom, many don’t file their taxes and receive benefits that they’re entitled to, which means those figures should be reconsidered and revised as well.

We’ve also had increasing corporate concentration. There are a number of different ways of measuring concentration and market power, but they pretty much all show a trend towards greater concentration of market power among a few larger, massive firms, a reduction in competition, higher mark-ups and rents, higher profits, more mergers and acquisitions, along with lower rates of real investment and also a lower share of national income to labour.

There are of course a number of different reasons for increased corporate concentration, but once again, part of the problem—and the potential solution—is our tax system.

What is also remarkable is how much more larger corporations avoid and dodge taxes. The CRA’s calculation of tax gaps showed that the tax gap for larger businesses was much larger than for small businesses: they’re far more likely to push the envelope, avoid and evade taxes—even though none have been prosecuted for evasion, and perhaps that’s why.

Many of the largest corporations in the world pay very low effective rates of tax because they are much better able to take advantage of income and profit shifting to subsidiaries, transfer pricing, tax expenditures, loopholes and tax havens. One again because of this, their reported income figures are often not a good indication of what their real profits are. This has become such a problem that Christine Lagarde said that the international corporate tax system was broken and in need of fundamental reform. Right now G7 finance ministers are discussing introducing a global minimum corporate tax rate, an idea that would be considered on the fringes a few years ago.

We are in an era of relative extremes. Ideas that may have been considered totally on the fringes or extremes are now being advocated by the mainstream.

One of the "extreme" ideas that has become more mainstream is the proposal for an annual wealth tax on extreme wealth. We of course already have a wealth tax on most middle class families' main source of wealth through property taxes, but we don't have taxes on other forms of wealth.

Public support in Canada for a wealth tax, when it was proposed by Senator Elizabeth Warren and then by NDP leader Jagmeet Singh a bit over two years ago started out high and it has only grown higher, and is now breaching 80%—an extraordinary high level of support for any type of tax, with strong majority support even among conservative voters.

It could also raise a surprising amount of revenue. Because the wealthy have recently become so much wealthier, a wealth tax could actually generate far more than previous estimates foretold. The PBO estimated a 1% tax on wealth over $20 million could generate approximately $7 billion annually, but that was using fairly high elasticities, behavioural responses of about 35% for a 1% rate. If we apply lower ones that are more consistent with international evidence, then revenue raised is closer to $10 billion annually.

[This text was adapted from a speech given by Toby Sanger to the Canadian Economics Association on 4 June 2021.]

{Photo by Morgan Housel on Unsplash}