Analysis of the 2021 Federal Budget

The 2021 federal budget makes important advances in a number of areas, and steps towards reducing inequality, and includes some positive tax reforms, but also leaves some glaring omissions in taking action to make our tax system fairer for most Canadian taxpayers.

Budget 2021 delivered an important victory for women across Canada in providing for a national childcare program, a $15/hr federal minimum wage, and important new programs in many different areas.

We are also pleased we are getting results from our advocacy to level the digital playing field, to close some tax loopholes, and to establish a public registry of corporate beneficial ownership.

However, these victories make more acute the budget’s omissions. Most notably, the budget did not include any form of wealth tax, which would have added tens of billions of dollars to government revenue, and shown the government is serious about addressing inequality. The government also made excessive use of tax credits instead of direct investment both in dealing with climate change and in assisting people with disabilities.  While the budget included welcome references to improving the corporate tax system, including plans for consultations on changing transfer pricing rules, there’s no detail or substance to them yet. Overall, the government plans to maintain tax revenue well below its historical average, as a share of the economy, which it will likely use to justify constraining its spending. 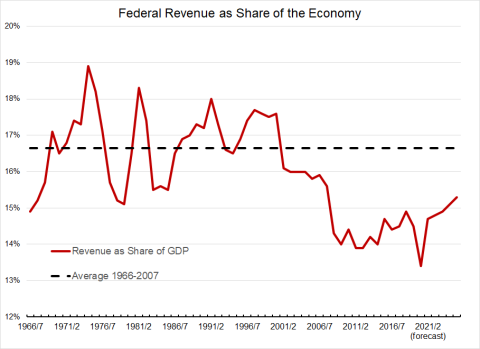 This budget and the fall economic statement included important commitments to level the digital playing field and ensure that large multinational digital corporations pay their fair share of taxes.

Starting this July 1st, the federal government will require that the GST/HST be collected on imports of digital products and services, goods supplied through Amazon-type “fulfillment warehouses,” and short-term rentals through digital platforms, such as AirBnB.

C4TF has been pushing the federal government to do this for many years. By not applying the GST/HST on these imports and digital products, Canada was giving large foreign digital giants a massive tax preference over our own businesses and workers.  This contributed to job losses and business closures, while federal and provincial governments have also been losing hundreds of millions of dollars in potential revenue annually. It is frustrating that it took so long for the federal government to act, but we’re glad this inequity is finally being corrected.

In this budget, the federal government also committed to collect a 3% Digital Services Tax (DST) on the revenues that large multinational digital corporations such as Google, Facebook, Amazon, Apple and others derive from their business in Canada. These digital giants are masters of tax avoidance, using tax havens so they pay extremely low rates of tax on their profits. This gives them another advantage over smaller domestic competitors and costs our governments billions in lower revenues. Canada’s DST would start January 1st 2022 and be in place until an effective new multilateral agreement on international corporate tax reform is implemented.  It is expected to generate about $800 million annually.

The federal government also needs to end the business deduction for advertising on foreign internet platforms, which especially benefits Google and Facebook at the expense of our domestic media industry.

The 2021 federal budget takes some action to close tax loopholes, but achieves far less than it could have.

The only measures that reduce tax loopholes  are: 1) provisions to limit the amount of interest payments that large businesses can use to deduct from their income in order to reduce their taxes; and 2) amendments to prevent cross-border hybrid mismatch arrangements.

Corporate interest deductibility will be limited to 40% of earnings starting in 2023, and reduced to 30% thereafter for corporations with interest expenses of at least $250,000 and taxable capital of $15 million and more.  These limits are expected to increase federal revenues by $1.8 billion annually when they come into effect.

We’re glad that the federal government is finally taking action, even though it won’t come until a decade after the OECD included it as a priority in its action plan, and the limits are at the top end of what the OECD recommended.  The United States moved to limit interest deductibility to 30% in 2017. However, we’re concerned that the proposed rules might have a number of exemptions, which will maintain the loophole for many.  The devil will be in the details.

Hybrid mismatch arrangements are another widely-used way that large multinational corporations reduce or eliminate taxes. It allows them to take advantage of differences in the ways countries treat different forms of income, expenses or financial instruments for tax purposes.  It is good that Canada is finally taking action to prevent this type of tax abuse, but it will also come a decade after the OECD highlighted action on this as a priority, back in 2012.

Our Fair Tax Recovery Plan shows how the federal government could increase its revenues by over $30 billion annually by eliminating a number of regressive tax loopholes that overwhelmingly benefit very wealthy individuals, and larger corporations.

In the 2019 election, the Liberals said they would review tax expenditures to ensure that wealthy Canadians do not benefit from unfair tax breaks, and expected this would save the federal government $3 billion annually.   Unfortunately, there’s no further action on this commitment in Budget 2021.

This budget announced a major step forward on increasing corporate transparency with a planned $2.1 million in funding to support implementation of a publicly accessible corporate beneficial ownership registry. Beneficial owners are the ones who actually receive the dividends, accumulate the capital gains, and derive other legal advantages from a corporation. This is the first time the federal government has made a commitment to establishing a public registry of those beneficial  owners.

Canada has developed a notorious reputation as an easy place to launder dirty money (aka “snow-washing”) and evade taxes because of our weak corporate transparency rules.  Canadians for Tax Fairness, Transparency International, and Publish What You Pay have campaigned for years to get the federal government to introduce a public registry, so this is an important success.  But we need to ensure the government actually proceeds with this plan, that the public registry is publicly accessible and freely available on key fields, and that provincial governments also make their corporate registries public in a coordinated way.

We’re pleased to see the budget acknowledge the “dangerous race to the bottom in corporate taxation.” The budget acknowledges that corporate profits are illegitimately being shifted out of Canada to low tax regimes, such as in the case of Canadian company Cameco. The budget also reiterated a promise to strengthen Canada’s anti-avoidance rules. Unfortunately, no concrete policy changes are offered yet.

We hoped that the announcement by U.S. Treasury Secretary Janet Yellen of the Biden administration’s plan to implement a global minimum corporate income tax might entice something similar from Canada’s federal government. Unfortunately, it did not. While we are pleasedthat the budget said the government will continue to work on these issues with the OECD, we believe they missed a chance to lead rather than follow.

In addition to the Biden administration’s plan to implement a minimum international corporate income tax, they announced an increase in the domestic corporate income tax to 28%. Currently, Canada’s federal corporate income tax is at 15%, and with provincial rates averaging about 10%, Canadian companies will be  below the 28% federal rate Biden plans to put in place. The decrease in the corporate income tax has not spurred investment, nor has it trickled down to workers. Instead it has led to increased corporate concentration, rising share prices and increased inequality, and the rich becoming even richer. While Finance Minister Freeland’s budget speech noted the “dangerous race to the bottom in corporate taxation” there’s no indication that they are planning to reverse this, as the UK and the US are doing.

We have repeatedly called for Canada to implement a wealth tax. There were hopes that the pandemic and worsening inequality might finally spur government action. This didn’t happen. Instead the Finance Minister highlighted a tax on luxuries as a measure to address extreme wealth inequality. While a modestly progressive wealth tax would bring in tens of billions of dollars every year, the luxury tax on cars and planes over $100,000, and boats over $250,000 is only projected to raise $700 million over five years. That’s less than 1% of what a modestly progressive wealth tax on wealth of over $10 million would bring in.

The government did introduce a tax on real estate speculation. However, it will only apply to foreign owners. Also, its primary benefit would be to reduce the amount of vacant housing, rather than generate revenue for government. We believe a more effective measure would be to close the tax loophole exploited by real estate income trusts (REITs). REITs are aggressively acquiring residential rental properties and reducing the supply of affordable housing. The government should eliminate tax advantages that effectively subsidize this socially destructive business model.

One positive move toward making the rich pay their fair share is in the planned increases to funding for the CRA by $304 million. Among the uses of the funds are increased GST/HST audits of non-compliant large businesses, and greater effort to identify tax evasion via trusts. According to the government, this increase will recover $810 million over five years. This is an under-estimate compared to the findings of the Parliamentary Budget Office, which estimated that every dollar invested in the CRA returns five dollars to the government.

We were extremely disappointed to see no mention of eliminating fossil fuel subsidies. Budget 2019 promised the government would continue to review tax policies to identify and eliminate such subsidies. With an ongoing climate crisis, and the price of renewable energy now lower than the cost of fossil fuels, the lack of sensible action on this issue is worrisome. That worry is compounded by the lack of serious investment in clean energy infrastructure and other just transition measures that will expand the tax base in a renewable energy future. Instead, we saw over-reliance on tax credits, with excessive focus on carbon capture, use and storage technologies.

The government also relied on tax credits in place of investment in greater support for people with disabilities. While we welcome the expansion of existing tax credits, they remain non-refundable, so only benefit those with payable income tax. Disabled people are more likely than non-disabled people to be unemployed or underemployed, and living in poverty. Non-refundable tax credits do little to help them.

We were also disappointed that the Budget didn’t announce an extension of the tax filing deadline this year, or further progress on their commitment to introduce automatic filing for simple returns to ensure people receive the benefits they’re entitled to.  Millions of low-income Canadians, especially seniors and vulnerable individuals, depend heavily on federal and provincial payments and credits--over $50 billion in total--that require them to file their tax forms on time each year.  With lockdowns continuing and tax forms even more complicated this year, it will be even more difficult for many to file their taxes on time. Many vulnerable Canadians could lose income they need to survive.  That’s why we’re calling for the CRA to extend the tax filing deadline this year, just as they did last year, and as the United States IRS and Revenue Quebec have agreed to do this year as well.