Submission: Foundations and charities should give more and govern less 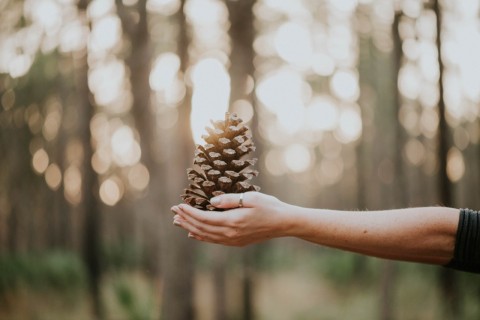 Submission to Finance Canada consultation on the rules regarding minimum disbursement quotas for Canadian charitable foundations, 30 September 2021, by Toby Sanger

We strongly agree that the federal government should increase the minimum required disbursement quota for foundations and charities back to at least 5%.

Long-term rates of return for Canadian equities over the past 60 years have averaged over 9% and are expected to remain over 6% going forward. Continued high rates of return and low disbursement quotas have allowed the assets of foundations to continue to grow their assets tax-free to a much higher by much greater amounts than they provide in donations and spending for the charitable sector. In effect they are growing and hoarding their wealth instead of putting it to the charitable works it is meant to go to.

Canada’s disbursement quota is well-below the 5% minimum rate required in the United States, and even in that country there has been a push to increase this rate to 10% as an Emergency Charity Stimulus, including by many wealthy foundation founders.  Canada’s minimum quota is only a third of this.

As Brigitte Alepin has highlighted, the generous tax breaks provided to donors of foundations and low disbursement quotas mean that donors can receive tax benefits that exceed the amount that is disbursed over many decades. Governments can lose more in tax revenue than is provided by the foundations for many years.

This means the public is providing a large subsidy for wealthy benefactors to let them decide where these funds should be spent, to put their names on hospital wings or educational institutions, which are in reality paid for twice over by the public, both directly and indirectly through tax subsidies.

SUSTAINABILITY AND PERPETUITY OF FOUNDATIONS

While it may seem desirable for foundations to continue to grow perpetually to maintain the sustainability of their ability to provide grants, many argue that private foundations should not exist in perpetuity, and that they should expend their assets to charitable purposes much more rapidly than many do.

Many foundations and charities of course do much important and positive work, but they can be strongly influenced by the interests and perspectives of their founders and donors, who are generally wealthy billionaires and multi-millionaires—and certainly not all would consider that positive.

For instance, wealthy billionaires in the U.S., including the Walmart Walton family heirs and the Gates Foundation have donated about half a billion to promote private charter schools, which have been a largely failed experiment. Wealthy foundations, particularly in Canada, also appear to provide considerably more publicly-subsidized funding to conservative and business-minded charities and advocacy organizations.

We are subsidizing the wealthiest through their private foundations to determine where highly publicly-subsidized charitable-giving funds should go, and unsurprisingly much has gone to push for further privatization of public services.

Should we publicly subsidize the wealthiest plutocrats to exert a strong influence over public and social affairs, not only through their lifetimes but with their hands reaching beyond their graves long past their death?

This is unfair, inappropriate and fundamentally undemocratic. If the value of the public subsidy through tax breaks substantially amounts to or exceeds the value of their ultimate donations, shouldn’t the public and their democratically-elected representatives decide where these funds should go, instead of a few wealthy private individuals?

It may also seem reasonable to allow foundations and charities to reach these quotas by averaging over seven years, by carrying forward and backward disbursement excesses and shortfalls. However, these relieving provisions instead enable and encourage much larger single blockbuster donations to larger organizations, and especially those that can provide some sort of vanity nameplate and media coverage to the donor. Meanwhile, smaller charitable organizations and smaller donations receive less.

Canadian foundations appear to be especially conservative in their funding practices, while foundations based elsewhere, including in the US, appear to be considerably more progressive and broad-minded, willing to support a wider range of activities.

We also agree that other relieving provisions that allow the accumulation of property and exclude it from calculations of disbursement amounts, and that provide relief from meeting these disbursement amounts on an application basis, are also too generous.

We agree that the sanctions currently available for the Canada Revenue Agency (CRA) to deal with foundations and charitable organizations that don’t meet their disbursements quotas—even with these relieving provisions—are far too limited.

A simple, straightforward, and appropriate addition would be to allow the CRA to apply a tax equivalent to the disbursement shortfall. Private foundations benefit from generous tax breaks.

We also believe that it wouldn’t be unreasonable to apply an annual wealth tax to their assets, although that clearly isn’t under consideration in these consultations. But if foundations and charities are persistently not putting their funds to the work they are intended—and generously publicly subsidized to do—then it makes absolute sense to tax these funds back so that democratically-elected governments can then do so.

{Photo by Samuel Regan-Asante on Unsplash}