Submission: How to Improve the Luxury Goods Tax 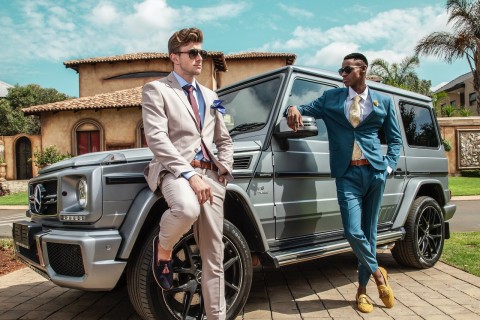 To the Finance Committee:

Canadians for Tax Fairness (C4TF) supports the introduction of a tax on luxury goods. However, as currently designed, the tax is too narrow. Further, we are concerned that the luxury tax is being offered as a substitute for a wealth tax.

The luxury tax is identified as part of the federal government’s economic and fiscal recovery from the pandemic. It is widely acknowledged that the economic impacts of the pandemic were very uneven. The luxury tax is being framed as a way for “those Canadians who can afford to buy luxury goods to contribute a little bit more.”

We believe that the tax can be improved to better achieve its intended purpose.

During the 2019 federal election, the Liberals and the NDP each promised some form of luxury tax. Both parties said the tax would apply to new cars, boats, and planes, purchased for personal use, which cost more than $100,000. The Liberals called for a 10% tax. The NDP called for a 12% tax.

Prior to these duelling campaign promises, this type of luxury tax was little discussed. A search of major Canadian news outlets, as well as the House of Commons Hansard, finds no mentions. We believe that the call for a luxury tax from both the Liberals and the NDP in the 2019 election is due to an acknowledgement that 1) economic inequality is a social problem, and 2) addressing inequality requires government action.

We are heartened by this awareness and concern. Encouragement of the government to deal with economic inequality is an important part of C4TF’s mandate.

In this context, the luxury tax is a welcome addition to the conversation about federal finances and the government’s obligation to reduce economic inequality. However, as conceived, this tax falls short of its potential.

As described, the purpose of this tax is to generate revenue rather than change behaviour. Yet, the version of the tax introduced in Budget 2021 is estimated to generate less revenue than either the Liberal or NDP taxes offered during the 2019 election.

During the 2019 election most criticism of the luxury tax was its relatively small amount of revenue relative to the complexity of its administration. This is only more true, with only one-quarter of the revenue of the Liberals’ original version.

HOW TO IMPROVE THE LUXURY TAX

1. Return the boat threshold to $100,000. The planned tax structure already includes exemptions for commercial use and for floating homes. Leisure, recreation, and sport boats between $100,000 are just as much luxuries to the average person as planes and cars in this price range. Anyone who can afford such a boat can afford the tax.

2. Make the tax progressive. This should replace the planned “lesser of” structure. For example, if 10% were applied to the first $100,000 of the sports car from the example above, and 20% applied to the remaining $50,000, the tax revenue would be $20,000. Additional margins would generate additional revenue.

3. Apply the tax to a broader range of luxury goods. Luxury consumption by the wealthy is much broader than cars, planes, and boats. The tax could be applied to expensive travel, such as first class air fares, as well as high-end accommodations. Like the goods currently covered by the planned tax, these types of luxuries are also high emission. The lifestyles of the wealthy produce a disproportionate amount of emissions. The luxury tax is not explicitly designed to lower emissions, but could have that additional positive impact. The tax could be lowered for low emission alternatives, such as electric cars.

4. Apply the tax to ‘used’ luxuries. Luxury goods are often assets with high resale value. These ‘used’ goods are frequently more desirable than their new versions. These goods can also be used by the wealthy as a way to shelter their wealth. In the case of expensive artwork, by creating exemptions for public institutions, the tax could also help keep important works of art in public. Exemptions could be made for luxury goods that have been repaired, such as a collectable car returned to working condition, as long as their emissions are reduced.

While a luxury tax is an important tool in the government’s fiscal toolbox, its benefits pale against a wealth tax.

It has been demonstrated again and again that the wealthy accumulate wealth simply by already being wealthy. Luxury consumption is just one outlet for that wealth. The wealthy are able to leverage their wealth in other socially harmful ways, such as paying for expensive lawyers and accountants to develop and implement tax avoidance schemes of dubious legality.

The tax avoidance schemes of the ultra-wealthy often involve complex networks of shell companies and tax havens. The exploitation of tax havens deprives some governments of revenue, but it also creates dependency of other governments on financial flows that create little economic benefit.

The PBO estimated that the NDP’s most recent wealth tax promise would bring in $10 billion in its first year. This is more than the luxury tax would generate in decades. It is also enough to pay for a Pharmacare program.

While C4TF welcomes the government’s introduction of a luxury tax, the tax should be significantly more ambitious in its coverage. More importantly, a luxury tax cannot substitute for the benefits of a wealth tax.