Submission: The links between fighting inequality, economic growth, and Budget 2021 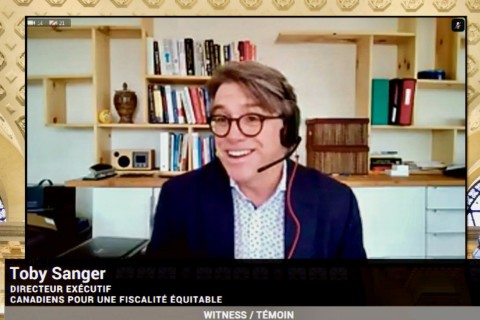 To the Senate Finance Committee RE Bill C-30 and the Budget:

Canada and other countries around the world are facing multiple threats and crises. We, of course, have had the COVID crisis that we’re hopefully emerging from, with other health crises looming. We have an even more threatening and damaging climate crisis that we need to address in a more serious way. We have growing inequalities that threaten our democracies, our political institutions and our societies, and we may have economic and fiscal crises on the horizon as well.

These are interconnected and also connected to issues of tax fairness. For example, the pandemic has both exposed deep social inequalities and made them worse. Poorer people without sick leave, with inadequate incomes and crowded housing have suffered far worse in the pandemic and also carried it more.

Wealthy countries and individuals are more responsible for causing climate change but are also least adversely affected by it, and the ones most easily able to adapt. The poor are most affected by carbon prices but are also the least able to afford things like electric vehicles and lack the means, security and ability to make the transitions needed.

Decades of trickle-down economic policies have failed to trickle down but have also failed to stimulate sustainable growth. Instead, we have had increasing inequality and economic instability, increasing corporate concentration, monopolization, less competition, and we have seen local and main street businesses muscled out by mega-corporate giants. Even the IMF and OECD now say that we need greater equality to achieve stronger economic growth.

What does this have to do with Bill C-30 and taxation? Lots but also not enough. It’s the largest corporations that have been most easily able to avoid paying their fair share of taxes through loopholes and international tax dodging.

We will need a lot more money to pay for the costs of the pandemic, for the recovery and for the transition to a more sustainable economy. We’re also not going to be able to make that transition unless the most vulnerable, the lowest incomes and those most affected are supported in a just transition.

There are a lot of positive measures in Bill C-30, such as the increase in the minimum wage, extension of COVID and EI benefits, funding for child care and infrastructure and much more, but we’re also going to need much more.

For too long we have given foreign digital giants — some of the largest corporations in the world — generous tax preferences at the expense of Canadian companies and producers. We’re glad the federal government will finally apply the GST/HST to imports of digital services and goods supplied through fulfillment warehouses like Amazon. This is one important step towards levelling the digital playing field.

But the federal government should also be doing more. We’re glad to see that the federal government is committing to introduce a digital services tax on the revenues of e-commerce giants starting next year, but the proposed DST will only apply to a small number of companies. We need more fundamental international corporate tax reform, including a global minimum corporate tax rate and allocation of the taxable profit of companies between countries in the same way we do in Canada between provinces.

We’re also glad the government is restricting the number of corporate tax loopholes and the stock option deduction loophole in this budget, but it should be completely closed instead of just partially closed. We should also follow the lead of U.S. President Joe Biden, who is planning to eliminate lower tax rates on capital gains for the wealthiest. It’s unconscionable that the wealthiest in society pay a lower rate of tax on their investment income than ordinary working people pay on their employment income.

I’m glad that the government committed in the Throne Speech to identify ways to tax extreme wealth but disappointed there wasn’t anything in this budget for that.

We’re glad the government has some environmental measures in this budget and is making carbon incentive payments more visible. But the federal carbon pricing framework also needs to be significantly strengthened by ensuring that large emitters pay the full carbon price and applying carbon tariffs and rebates to imports and exports to countries without carbon pricing so that Canadian industry and jobs aren’t adversely affected. We also need to finally eliminate fossil fuel subsidies. It’s long overdue.

Finally, I’d like to commend the Finance Minister for committing to introduce a public registry of the real owners of companies. This will help to reduce money laundering, tax evasion and other criminal activities. Canada should also increase transparency and accountability in other ways, including by strengthening whistle-blower protections and requiring large multinational corporations to publish country-by-country reports of their sales, profits and taxes paid."

VIDEO OF THE MEETING