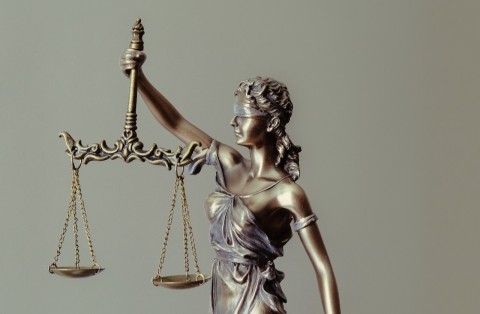 Submission to the House of Commons Finance Committee, for Review of Bill C-82, an Act to implement a multilateral convention to implement tax treaty related measures to prevent base erosion and profit shifting

This legislation, Bill C-82, which enables Canada and other countries to effectively implement wholesale changes to their numerous bilateral tax treaties, is in general very much a positive step forward to reduce the hundreds of billions in revenues that are lost annually around the world from aggressive international tax avoidance by large corporations.

This multilateral instrument is the culmination of five years of work through the OECD’s Base Erosion and Profit Shifting (BEPS) initiative. It’s an efficient way of consistently adjusting the thousands of bilateral tax treaties that have been signed between nations in order to implement a number of the action measures of the BEPS process.

By having a generally consistent set of measures, it will limit—but not entirely eliminate—the practice of “treaty shopping” that many large corporations have engaged in to avoid taxes and drive a race to the bottom.

The introduction of these changes will be especially beneficial for lower income countries by strengthening rules for taxation based on the source of the economic activity, and not the putative residence—often in a tax haven—of the corporation.

It will limit tax avoidance through hybrid mismatch arrangements which exploit differences in tax treatments, treaty abuse through double non-taxation, and avoidance of a permanent establishment. These are all positive measures.

At the same time, there are concerns about Part IV, with provisions for mandatory binding arbitration, as these opaque panels rarely favour source countries, and they should consider opting out of them.

While this Bill and the 2015 BEPS initiative that it stems from are positive, they are limited. They are now about to be eclipsed by much more important and fundamental changes that need to be made to the international corporate tax system.

Two weeks ago, following meetings with almost 100 countries in Paris, the OECD issued a Policy Note on Addressing the Tax Challenges of the Digital Economy. In the words of Alex Cobham, chief executive of the Tax Justice Network, “the three pages of text in this policy note may be more significant than the thousands of pages that make up the BEPS project.”

The archaic arm’s length transfer-pricing system that underlies our international corporate tax system that this Bill tries to patch up in different ways is so broken and ineffective for our new economy that major countries around the world are leapfrogging it with a range of different measures to tax large digital corporations using different approaches based on their actual economic activity in their country.

National revenue authorities have found that the transfer-pricing approach also enables traditional and resource sector corporations, such as Cameco, to easily avoid billions in tax.

What we ultimately need to do is move to a unitary international corporate tax system with an apportionment of corporate profits to different countries based on their share of sales, payroll and/or other factors, preferably with a global minimum corporate tax rate.

In addition to its simplicity, the beauty of this approach is that a global agreement isn’t necessary to proceed: it’s preferably, but Canada could move forward in this way just as the United States, the UK and other European countries are doing.

The other beauty of this approach is that it would increase tax revenues from MNCs by 33-50% for advanced countries such as Canada, and by significant amounts for lower-income countries, depending on the formula chosen.

In conclusion, this Bill is a positive step, but we can and must take much bigger steps forward to develop a much more equitable and functional international corporate tax system—and it doesn’t need to be that complicated.